Softball Walks Off With the Win Against Texas Tech, 5-4 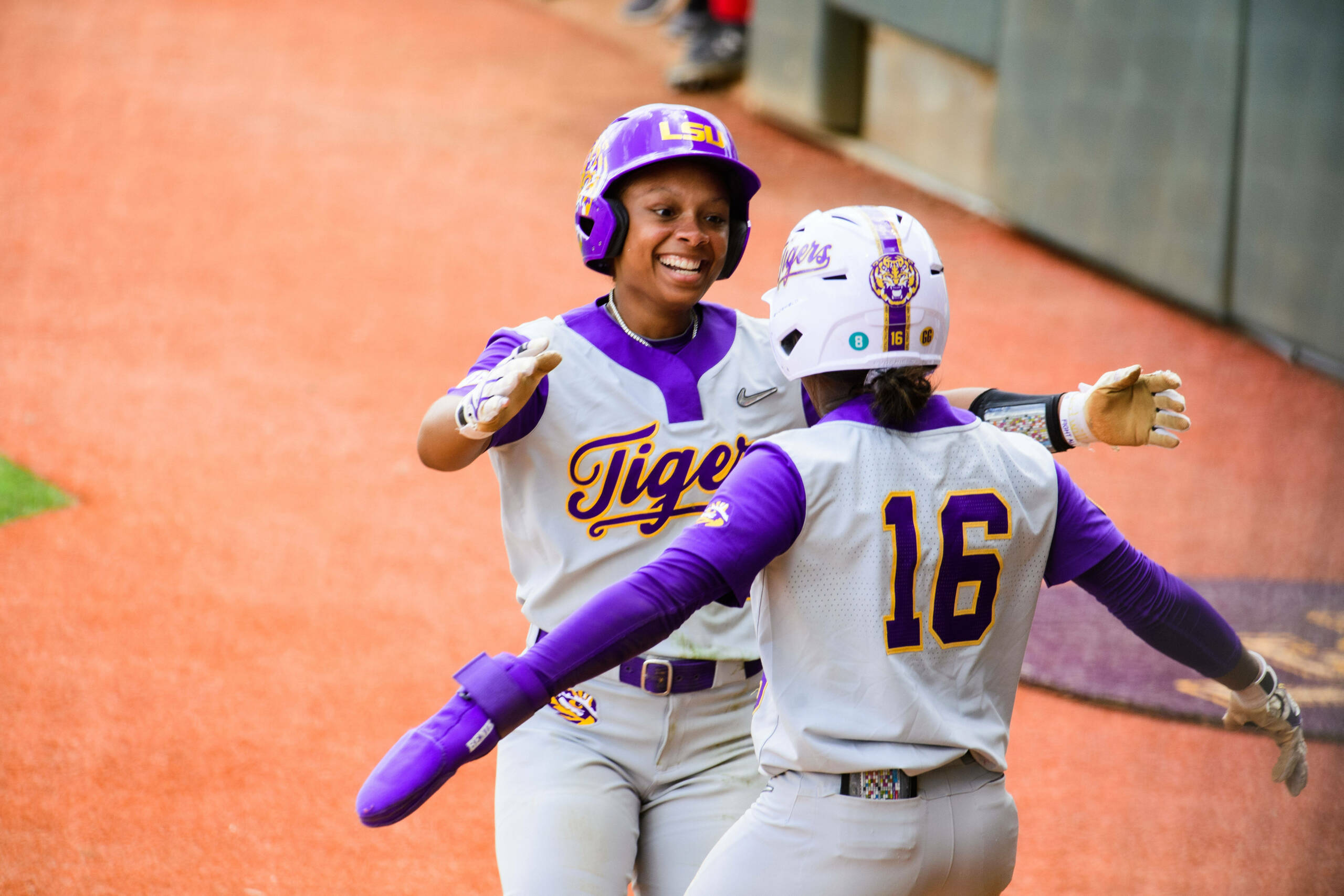 BATON ROUGE – The 10th-ranked LSU softball team walked off with the victory over Texas Tech, 5-4 in extra innings. The Tigers improve to 42-16 on the year, while the Red Raiders fall to 40-15.

The Red Raiders got on the board in the top of the first, scoring four runs. At the bottom of the inning, the first two Tigers went down in order. Shelbi Sunseri singled to left field, but the inning ended with a fly out to left field from Shemiah Sanchez. Texas Tech led 4-0.

In the top of the second, Texas Tech had bases loaded with two outs, but Amanda Sanchez got the out at third to move to the home half of the inning. Amanda Doyle led off the at-bats in the bottom of the second and reached on a walk. Savannah Stewart singled through the right side, putting Doyle in scoring position and Amber Serrett hit a sacrifice bunt to put runners at second and third. Elyse Thornhill walked to load up the bases, but Andrews grounded out to third to end the inning.

Shelbi Sunseri got a hit in the bottom of the third to center field, followed by a walk from Shemiah Sanchez. Doyle popped the ball up to the shortstop and Sunseri was tagged out by the shortstop on a hit from Stewart. The Red Raiders continued a 4-0 lead heading to the fourth.

Amber Serrett was up to bat first for LSU in the fourth and tripled to center field, her second triple on the year, to give the Tigers a chance to score. Michaela Schlattman reached on a hit-by-pitch and Thornhill reached on a fielder’s choice to second. With no outs and bases loaded, Georgia Clark stepped in to pinch hit for Andrews and was walked, giving the Tigers their first run of the game. Sunseri stepped up to the plate and hit a sacrifice fly to center field, sending Schlattman and Thornhill in to score. The Tigers cut the Texas Tech lead to 4-3.

In the bottom of the sixth, Taryn Antoine pinch hit for Thornhill and singled to the pitcher. Andrews reached on a bunt and Sunseri walked to load up the bases once again with only one out. Shemiah Sanchez hit a sacrifice fly to center field, scoring Antoine to tie up the game 4-4.

The Tigers’ defense did it’s job in the top of the seventh, ending the Red Raiders’ turn at bat in three up, three down fashion, but were unable to score in the bottom of the inning.

After five scoreless extra innings, LSU had the bases loaded in the bottom of the 13th inning and Taryn Antoine hit a sacrifice fly to center field to score Doyle. LSU claimed the win, 5-4.

Shelbi Sunseri gets the win in the circle improving to 13-8 on the year. She pitched all 13 innings and finished with eight strikeouts out of 179 total pitches.

“I think that first, we just want to thank our fans as even though it was a long game they were in it for every pitch. It was amazing to see their support as Tiger Park really felt like Tiger Park today. It is named after us and it certainly felt like it today. Our fans were amazing and they definitely gave us a big lift. There were so many big moments in this game and it really tied to our motto this year of Fight All the Way, which we certainly did. Of course, I have two of the heroes with me, (Shelbi Sunseri and Taryn Antoine) but I will get to them because there are so many other unsung heroes who helped win this game. I think Georgia Clark’s pinch-hit walk was huge for us, Savannah Stewart’s sacrifice bunt in the 13th inning and Amanda Doyle with a hit as well. I cannot say enough about Taryn Antoine as not everything has gone well for her this season but she never quit and never stopped fighting for this program. Lastly, Shelbi Sunseri was an animal. She is one of the best players in college softball and I did not once consider taking her out of the game and I did not need to ask her how she was feeling because I know how strong she is. She wanted the ball in that moment and she just proved how strong she was in that moment.”

On the depth of her team…

“We used virtually the entire roster other than our pitchers today and I felt like we were out of players as we used the entire line-up. I think our team is ready for anything that we need them to do. We are so deep that we have kids that are not dressed out this weekend that can compete with the best teams in the country. I have said all year that this is a deep team and they proved it today.”

The Tigers will play in the regional final at 3 p.m. Sunday. All games throughout the regional will be available to stream live on ESPN3, which can be found through WatchESPN and the WatchESPN app.