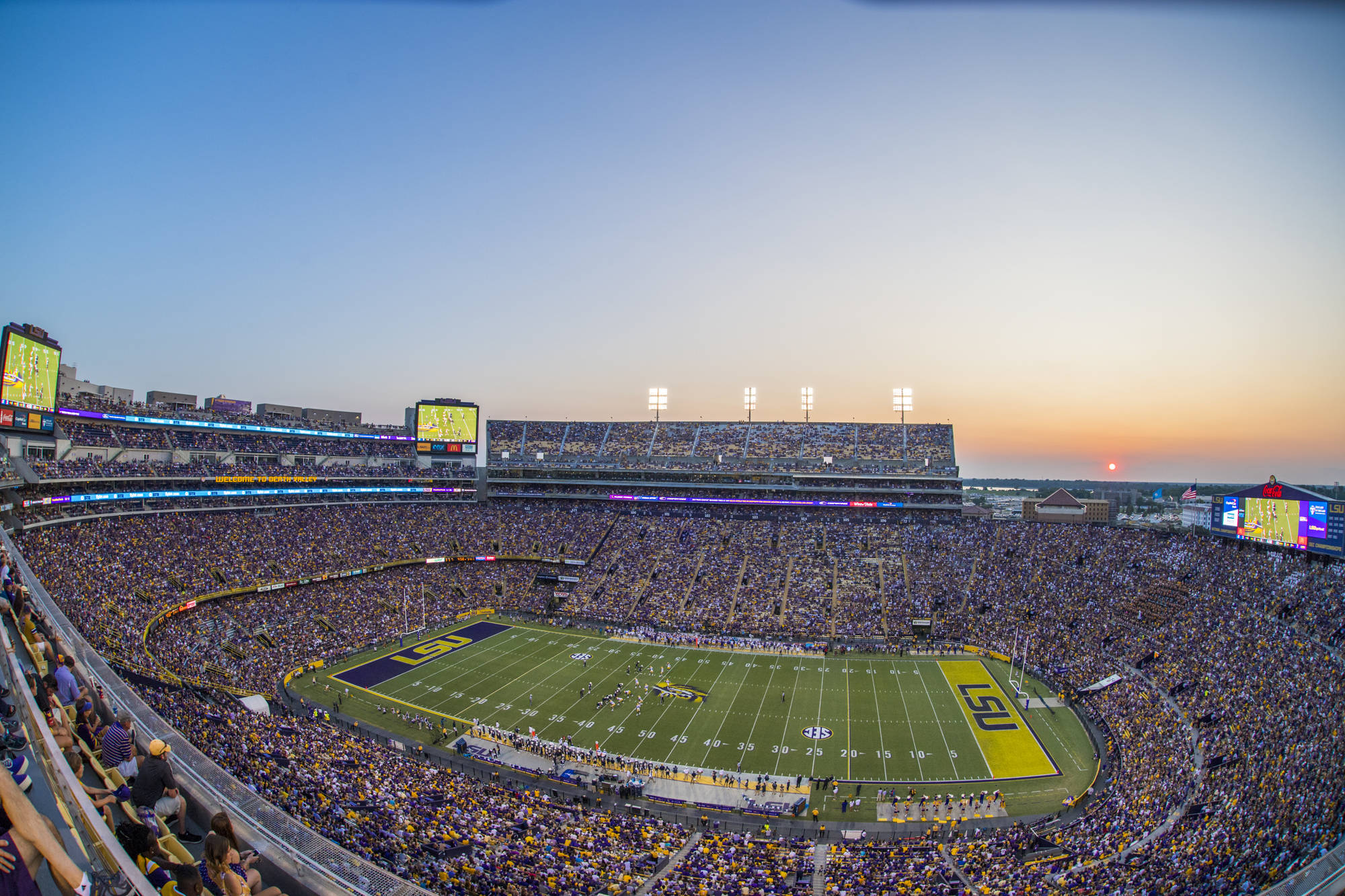 There is an old commercial that had something about “food, glorious food.”

LSU Concessions has all that “food, glorious food” and more this year at venues throughout Tiger Stadium.

Now the old favorites have not gone away. Oh no, your peanuts and popcorn and hot dogs etc., are still there and ready for you, but there are going to be some interesting items that will be for your enjoyment and Larry Wallace, director of LSU Concessions, sent me a list of some of these new samplings.

The newest addition is “The Chute”, which will be unveiled on Saturday when the Tigers take on Southeastern at 6 p.m. The Chute will be open to any fan 21-years of age or older with a game ticket. It is located on the south side of Tiger Stadium and will allow fans to purchase beer and food with a giant-screen HD video board and numerous HD televisions.

Admission to The Chute is $20 a person and includes two beverages. Food service will be provided by Burgersmith which will have their Smith burger for purchase along with alligator sausage po’boys and fried okra. There will also be Papa John’s Pizza available in the area as well.

Burgersmith will also be available in the South lower area of the stadium.

On the Westside of Tiger Stadium, look for the new “Kitch Concept” area which will feature a full grab and go shopping area, similar to what you have seen often in airports, offering vegan options, Big Squeezy Juices and an abundance of other offerings, including fresh acai bowls. Big Squeezy will also be selling their offerings in the lower South area.

In the South upper area, the cooks will be working with the fryers available in that area sell fresh fried seafood baskets and chicken tender baskets. Firehouse Subs will be available in the South, East and West sections of the stadium with Italian subs, turkey subs and those fresh made fire house sub brownies.

Also in your search for the quintessential LSU concession items how about these – The new Tiger Tot Tower – a load of tator tots covered with Bar-B-Q pork, hot cheddar cheese and green onions. Then there is the newest thing to come to the West upper area – Spiral Pizza. Think pepperoni and cheese pizza served in a pizza-crust shaped cone.

What should be a nice line time-saver is that there will be 10 refill stations in the stadium allowing fans with a refill sticker on their souvenir cup to get their refill without going back to a concessions stand. Fans will also be allowed to purchase drinks in these areas.

There will be some concession favorites kicked up a notch this year including foot-long Coney Corndogs and Bayou Poppers made with fresh Kettle Corn. Along with the traditional sausage po-boy is the “swamp” sausage dog which is a traditional Manda Sausage po-boy covered in peppers and onions.

Finally, for a little dessert after tailgating before heading in to the stadium, how about the Beignet Box. This will be located outside across from gate 22. The Box will be making fresh beignets and coffee and there will be a seating area. And, if you miss the beignets outside, stands inside the stadium will offer beignets by the Beignet Box.

So there you have it. To paraphrase, its football, glorious LSU Football to go with food, glorious food. Enjoy the game!