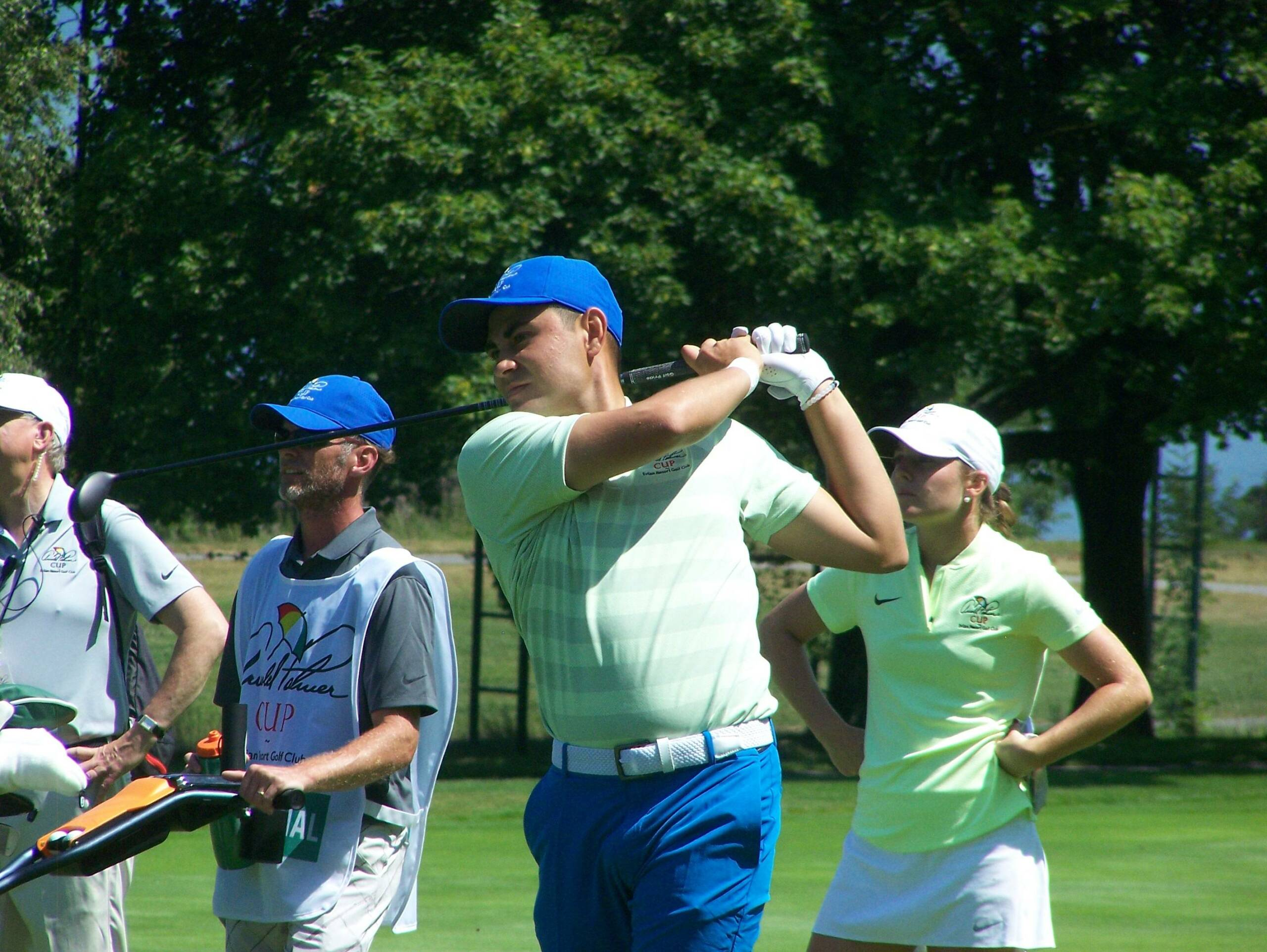 Baton Rouge, La.  – It was a busy weekend for the LSU men’s golf team as numerous professionals competed, a new assistant coach was announced, and a couple of current LSU golfers – Carter Toms and Luis Gagne – were in action as well.

A rising senior, Gagne represented Costa Rica as a member of the International Squad in France over the weekend at the Evian Golf Resort. Playing in four matches that is dubbed as the collegiate version of the Ryder Cup. Gagne started the event with a mixed fourball win with his teammate, Ainhoa Olarra, over Team USA’s Mariel Galdian and Shintaro Ban by a final tally of 1UP.

On Saturday morning, Gagne and Olarra linked up again to win their mixed foursome match by a final score of 2UP. In the afternoon session, Gagne was paired up with Andy Zhang (Florida), and the twosome dropped their fourball match 2&1 to USA’s Collin Morikawa and Shintaro Ban. Gagne closed out the Arnold Palmer Cup with a commanding 4&2 solo match play win over Stephen Franken to run his record to 3-1 on the weekend.

Andrew Danna was named the assistant men’s golf coach on Monday. Danna, a Baton Rouge native, comes to LSU via way of Lynn University. Less than two months ago, Danna led the Fighting Knights to their first NCAA Division II National Championship as they defeated the No. 1-ranked national seed, West Florida to claim the NCAA title. Full release on Andrew Danna.

John Peterson fired a four-round total of 9-under par 271 at The Greenbrier in West Virginia over the weekend to earn a tie for 13th place. It was a bit of a bittersweet ending to the tournament though as Peterson, who needed 55.33 FedExCup points at the end of the day Sunday to keep his conditional status, wound up earning 54.75 FedExCup points. For now, Peterson is done with golf, but it’s not imminent. According to Ryan Lavner’s piece on GolfChannel.com, if he remains in the top 200 of the FedExCup point standings, he will have the opportunity to play the Web.com Finals in which he could earn a full Tour card for next season.

On the Web.com Tour, Ben Taylor finished the LECOM Health Challenge in a tie for 34th place with a 9-under par 279. In addition to his play on the course, Taylor is following his home lads in the World Cup. After England won its quarterfinal matchup against Sweden by a tally of 2-0 on Saturday, Ben had a priceless reaction that can be viewed below.

When you learn your home country is headed to the @FIFAWorldCup semifinals. 🏴󠁧󠁢󠁥󠁮󠁧󠁿 @BennyTaylor92 shot 5-under 67 Saturday @LECOMHC, then learned some even better news. ⛳️⚽️ pic.twitter.com/Rlhps7dYXl