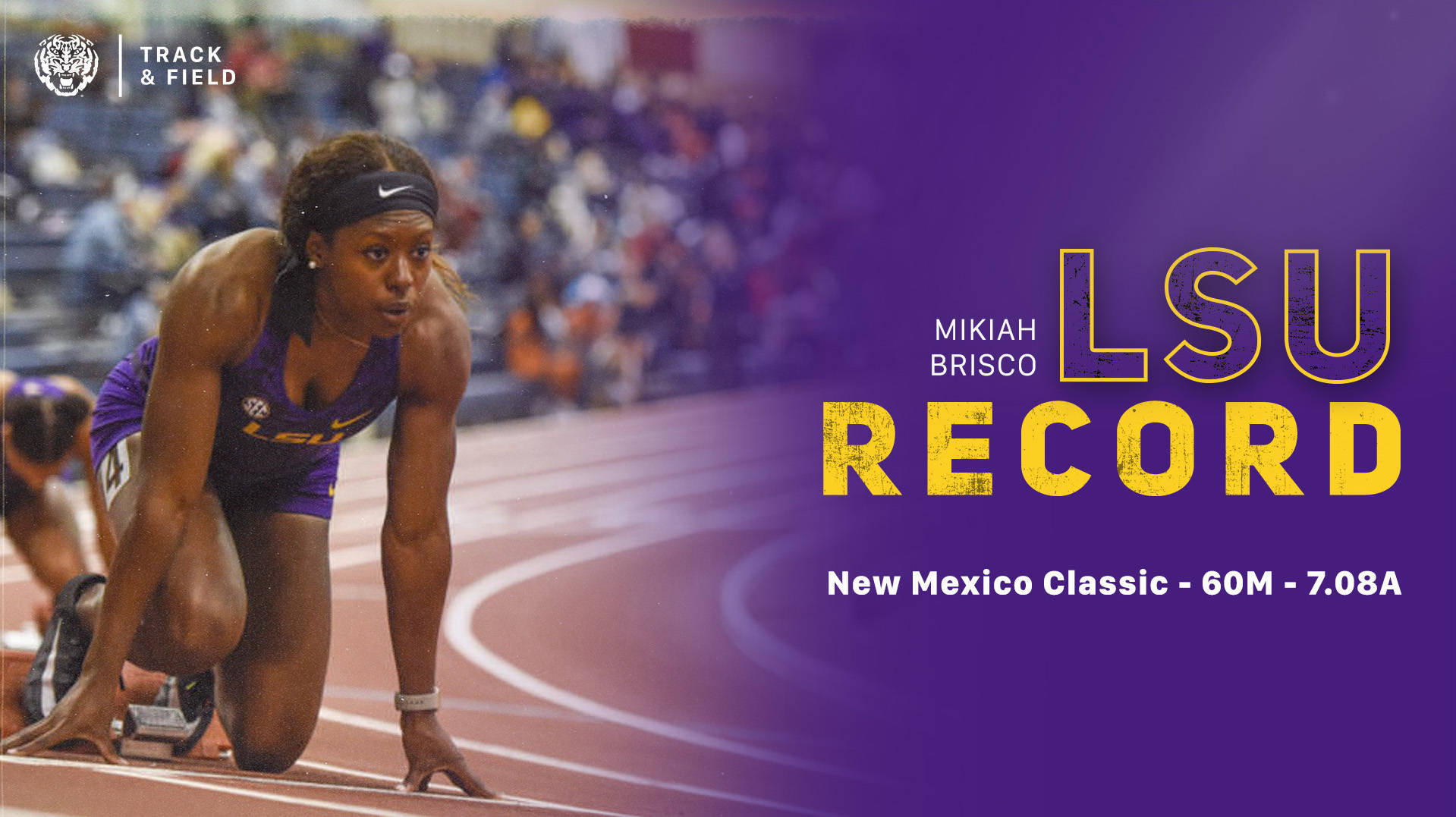 ALBUQUERQUE, N.M. – Senior Mikiah Brisco stole the show in Albuquerque on Saturday afternoon, recording the best 60 meter dash time in the nation and in LSU history at a blistering 7.08 at altitude. This marks a new personal-best for the senior, earning her second 60-meter title this season.

Brisco’s altitude-adjusted 7.10 in the 60-meter race shattered the previous LSU record of 7.13 set a decade ago by Kelly Baptiste. Brisco also takes the nation’s top-spot back from teammate Aleia Hobbs who finished at 7.14 at the Larry Wieczorek Invitational two weeks ago.

The Lady Tigers dominated each semifinal heat as Brisco (7.21), junior Kortnei Johnson (7.30) and sophomore Cassondra Hall (7.39) won the three heats to qualify for the finals. Juniors Rachel Misher (7.40) and Shayna Yon (7.50) joined as finals qualifiers as well. The qualifying Lady Tigers finished No. 1-5 among the semifinal composite results.

Junior Chris Lewis recorded a 60 meter time of 6.86 seconds in his semifinal heat, the lone Tiger to qualify for the finals. Lewis earned seventh-place in the finals, recording a season-best time of 6.83 seconds.

Day Two in Albuquerque began with the 60 meter hurdles semifinal heats for both teams. Sophomores Tonea Marshall (8.13) and Brittley Humphrey (8.20) along with freshman Milan Young (8.34) qualified for the women’s finals, each being the first collegiate finisher in their respective semifinal heats. Humphrey’s altitude-adjusted 8.20 initially set a personal-best until the finals.

Humphrey led the charge in the finals for the Lady Tigers, setting a second personal-best in the event as she crossed the finish in a mere 8.16 seconds. Humphrey earned second-place overall, first among collegiate runners, and is now tied for No. 10 in the nation.

Marshall (8.23) and Young (8.35) placed fourth and sixth respectively behind Humphrey.

For the Tigers in the 60 meter hurdles, freshman Damion Thomas qualified for the finals, winning the first heat at a time of 7.88 seconds when adjusting for altitude.

Thomas followed in the finals with a 7.90, earning third-place. In his first season as a Tiger, Thomas has never placed outside of the top-three in any 60 meter hurdle event this season.