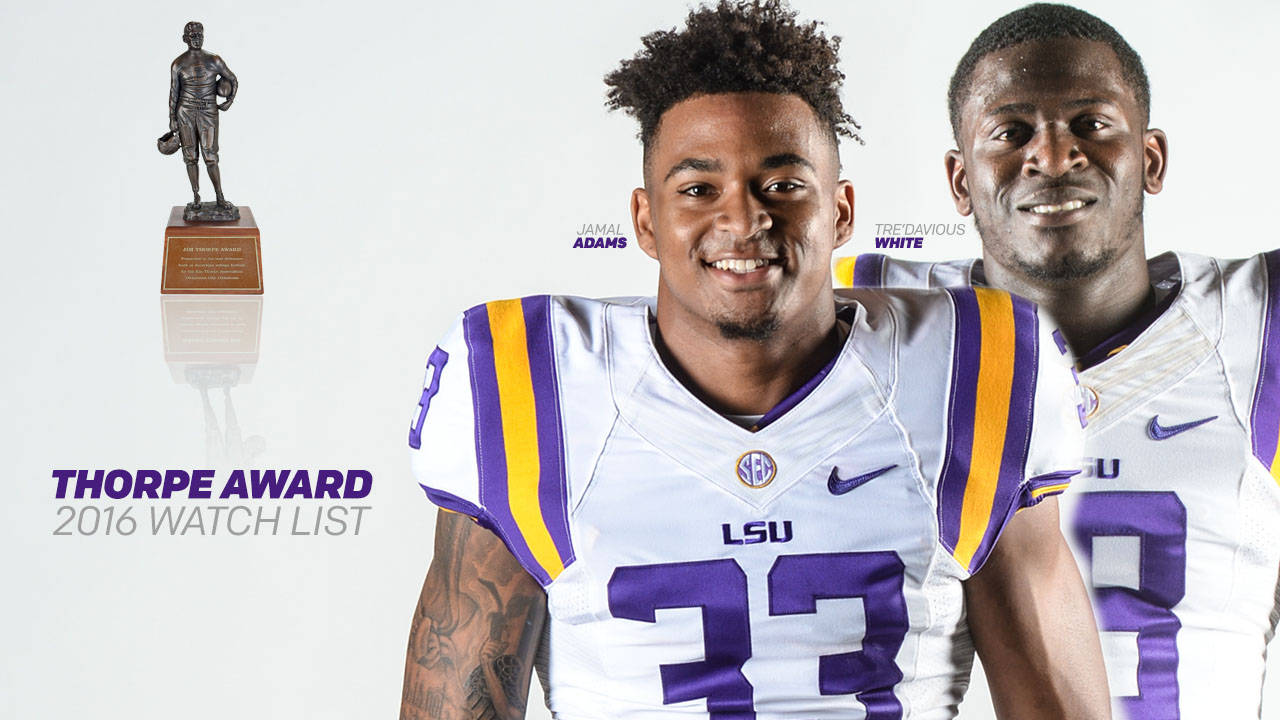 The Thorpe Award is presented each season to the Best Defensive Back in College Football.

Adams earned Second-Team All-SEC recognition in 2015 after he led the team with four interceptions, finished third on the squad with 67 tackles and added 5.0 tackles for a loss and six pass breakups.

White is back for his fourth year as a starting cornerback for the Tigers and his third as the punt returner. A Second-Team All-SEC selection in 2015, White led LSU with seven pass breakups a year ago and finished with 44 tackles, including 30 solo, and he returned 20 punts for 229 yards with a 69-yard touchdown return at Syracuse.

The Thorpe Award winner will be selected from three finalists and will be announced at The Home Depot College Football Awards Show on Dec. 8.

LSU has two Thorpe Award winners with Patrick Peterson claiming the award in 2010 followed by Morris Claiborne in 2011.