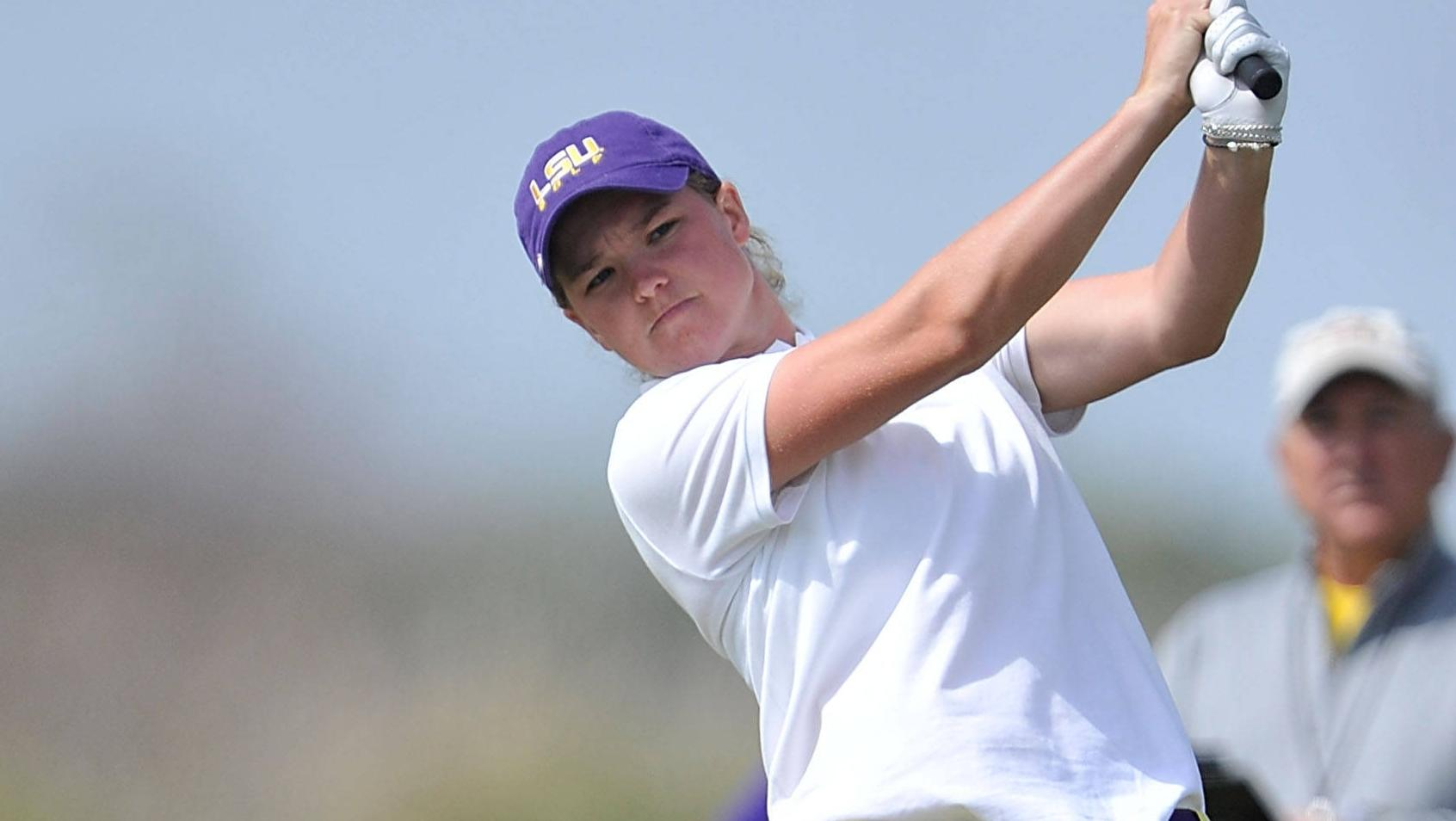 BATON ROUGE – The final round of the LSU Tiger Golf Classic gets under way with a shotgun start and all 21 teams on the course at 8:30 a.m. Sunday and when the first shot is struck there is no clear favorite after a wind-blown second round at the University Club.

In a tournament with 15 teams ranked in the top 50, there are four teams tied for the lead, four more teams within five shots of the lead and two more that even at 13 shots back may not be out of the running if Saturday’s round is any indication.

No. 1 Alabama, No. 26 Arkansas, No. 7 Virginia (the defending champion of the last LSU Golf Classic at the U-Club in 2009) and Wake Forest (who entered the round with the lead) are tied for first at 25-over 601. Arkansas had the advantage of finishing in an early wave and posted one of two sub-300 scores in the play 5, count 4 format over the par 72 course, finishing at eight-over 296.

The LSU Tigers, who entered the final few holes actually up in the lead at 24-over par, faltered after a very long wait on the difficult 18th hole, finishing at 29-over 605 (300-305). While in seventh place, the Lady Tigers are still very much in position to capture their first LSU Classic title since 2005.

LSU has won an LSU-hosted event, which dates back to 1982, seven times, including three times at the U-Club.

The 18th got a lot of people on a day when the actual stroke average of 79.06 varied little from the 78.85 on Friday’s calmer opening day. But it was where the problems for players occurred that caused a lot of problems as the back nine averages were up considerably, especially on the difficult and more treacherous 18th hole that played 1.03 strokes over its par-4 value.

Stephanie Meadow, who has a couple of wins for the Crimson Tide, will have a two-shot advantage when play resumes on Sunday after a one-under 71 put here at even par 144 for the 36-holes. Meadow, ranked 20th in the country, had a very simple round with one bogey on the front side and birdies at the par 4 10th and 15th to shoot one under for the day.

The 15th hole birdie was even more impressive when you consider the hole was the second toughest on the day, playing at 0.80 over par.

The nation’s No. 1 golfer, Megan McChrystal of LSU, is also in good position to challenge for the title as she is in a group of four golfers tied for second at two-over par 146. McChrystal is tied with Stacey Kim of Duke (73-73), Nicole Agnello of Virginia (73-73) and Cheyenne Woods of Wake Forest (74-72).

LSU’s Jacqueline Hedwall is just five shots out of the lead after a one-over round of 73. She moved up 18 spots from a tie for 29th to a tie for 11th at five-over 149.

On the second round, LSU also counted a 78 from Tessa Teachman and an 80 from Jacqueline Hedwall.

Also in the individual competition, senior Lindy LaBauve has a chance to finish in the top 20 after back-to-back rounds of 75-76 leaves her at seven-over 151 and in a tie for 22nd place.

The biggest mover of the day at the top of the leader board belonged to Arkansas’s Emily Tubert, who posted a two-under 70 and moved up 39 places to ninth at four-over 148.

Live scoring will be available through LSUsports.net through Golfstat.com. The LSU Women’s Golf program can be followed on Facebook at www.Facebook.com/LSUwomensgolf and on Twitter @LSUwomensgolf.

On her team’s play…
“The girls were patient. The course was very difficult, the wind was difficult and the greens are difficult. There is going to be bogies out there. I think what they did best was know that, and if they had a bogie they forgot about it and went to the next hole. They played one hole at a time and didn’t let anything get to them.”

On Sunday’s round…
“There is a very good field here and a lot of strong teams. I think we will have to continue what we did today: stay patient and play one hole at a time.”

On her round…
“I shot a 71. I think it was a little tougher today, but I think I played better than yesterday. I made more pars, but made more birdies yesterday than I did today. There weren’t as many mistakes today and that was my goal. I played conservative and was aggressive on the holes that I needed to be.”

On her round…
“My round was long, all seven hours of it. It was up and down. It was hard to keep a rhythm because you would play a hole, go to the next tee-box and there would be two teammates there before you would tee off. It is rough out there. There greens are so firm and it was even more windy today.”

On the team’s atmosphere…
“I don’t think we know how close the field is or how close we are to the top because it has a been a while since we’ve seen the score. I’m sure we will be ready to play tomorrow.”