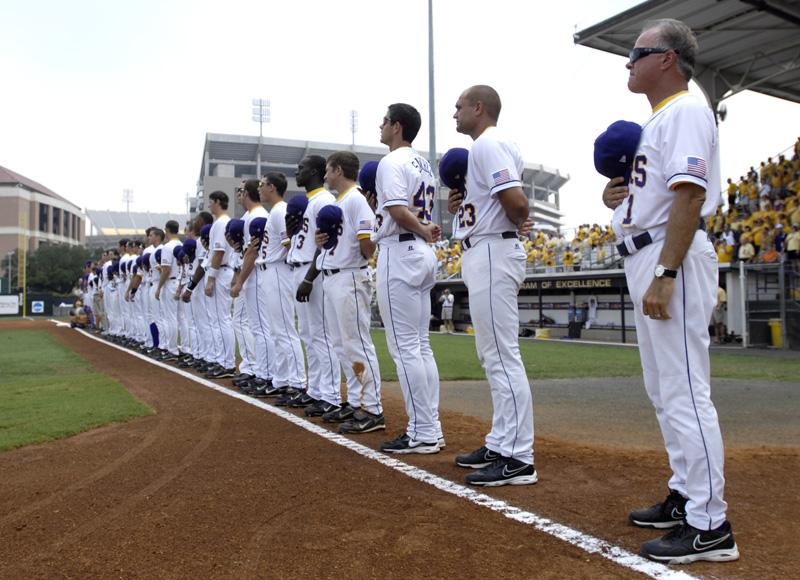 BATON ROUGE — When LSU begins fall baseball practice on Sept. 25 in the original Alex Box Stadium, 10 true freshmen players will be poised to make a significant impact on the Tigers’ future.

The members of LSU’s talented signing class hope to help the Tigers make a second straight trip to the College World Series in June.

“We feel like this is an outstanding group of young men that will grow within our system and make significant contributions to the success of our program,” LSU coach Paul Mainieri said. “Seven of the 10 players are from Louisiana, and they’re now realizing a lifelong dream to play for the Tigers. I already see the potential for great leadership in this class; it’s a group that will be here for 3-4 years and become a tremendous asset to LSU Baseball.”

The entire LSU squad will engage in 35 fall practice sessions, including several scrimmages, from September 25 through November 7.

LSU begins its 2009 regular season on Feb. 20, when the Tigers play host to Villanova in the New Alex Box Stadium.

Following are bio sketches on the Tigers’ 10 freshmen players, including their statistics and honors as high school all-stars:

Selected in the 40th round of the 2008 MLB Draft by the Pittsburgh Pirates
Four-time All-League selection
Two-time All-Area selection
Varsity athlete in baseball, basketball and tennis
Ranked among the Top 200 Perfect Game prospects
Played in the Area Code games and the Perfect Game Cincinnati national showcases
Named to the Brandy Pugh Classic (top tournament in northwest U.S.) All Tournament team
Batted .430 in 2007 with two homers and 24 RBI

2008 Second-Team High School All-American
2008 Gatorade Player of the Year for the state of North Carolina
2008 Piedmont Conference Player of the Year; led team to conference title
Batted .475 in 2008 for North Davidson HS with eight doubles,12 homers, 43 RBI, 15 steals and 37 runs
Served as North Davidson HS closer in 2008, recording a 1,70 ERA and three saves in 12 innings
Earned all-conference honors in each of his four high school seasons
Received academic honor roll recognition
Batted .450 in 2007 with five homers and 28 RBI