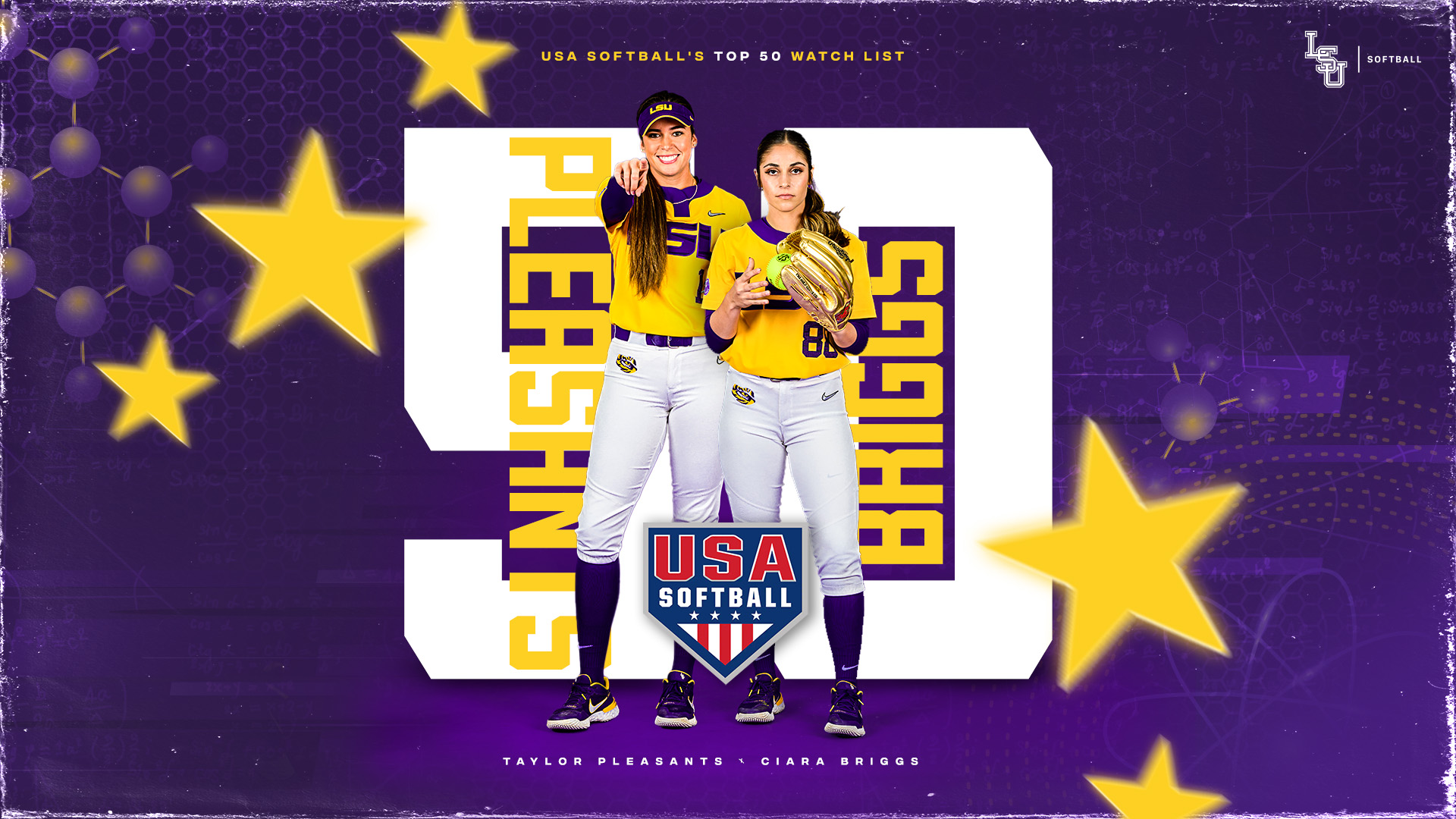 OKLAHOMA CITY – Juniors Ciara Briggs and Taylor Pleasants have been selected to the Top 50 Watch List for the 2023 USA Softball Collegiate Player of the Year Wednesday.

Briggs is coming off a monster season that featured her becoming the first collegiate Gold Glove Award Winner in the program’s history. She was also tabbed to the 2022 SEC All-Defensive Team after recording a perfect fielding percentage on 89 chances from centerfield. At the plate, Briggs batted .368 with 70 hits and had a team best 53 runs and 23 multiple-hit games.

Pleasants is a NFCA All-American (2021) and two-time All-SEC selection who finished the 2022 season with a .295 batting average and led the team with 28 extra-base hits, including 15 doubles, 12 home runs and one triple.

Briggs currently ranks No. 7 all-time in the LSU record book with a .360 career batting average and Pleasants is ranked No. 3 with a .610 career slugging percentage entering 2023. Both Briggs and Pleasants are tied at No. 10 all-time with a .425 career on-base percentage.

LSU will open the 2023 season with the LSU Invitational on Feb. 10-12 at Tiger Park in Baton Rouge, La. The Tigers will host New Mexico twice, No. 25 Oregon State twice and Nicholls State on the opening weekend.