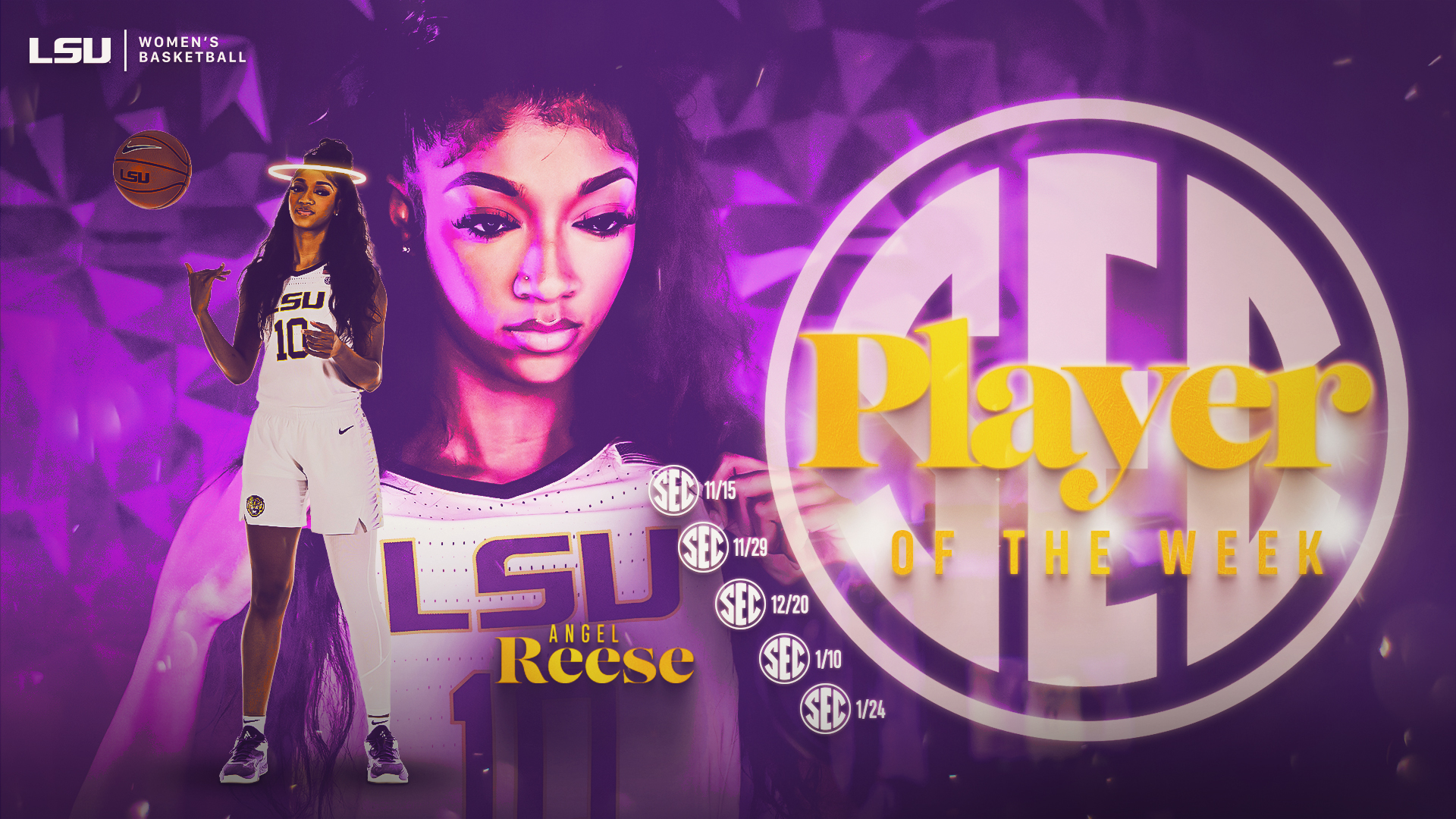 BATON ROUGE, Ala. – For the conference leading fifth time this season, Angel Reese was named SEC Player of the Week on Tuesday, this time after two more double-doubles to make it 20 straight and break Sylvia Fowles’ LSU record.

Reese has led LSU to a 20-0 record as LSU is one of just two remaining unbeaten teams in the country. The Tigers will return to the court next Monday when they host Tennessee at 6 p.m. for a whiteout game in the PMAC.

In LSU’s 79-76 win over Arkansas on Thursday, Reese had 30 points and 19 rebounds. She put up 14 points and 14 rebounds Monday at Alabama to set the LSU record with her 20th double-double in a row.

Reese currently leads the SEC in both scoring (23.7 ppg) and rebounding (15.5 rpg). She is in a land of her own as she averages nearly five more points than anyone in the league and nearly six more rebounds than the next closest player in the SEC. Her scoring averaged ranks fifth in the country and rebounding ranks second.

She has scored at least 20 points in 17 games and has reached 30 points three times. On the rebounding front, she has at least 15 boards in 12 games.