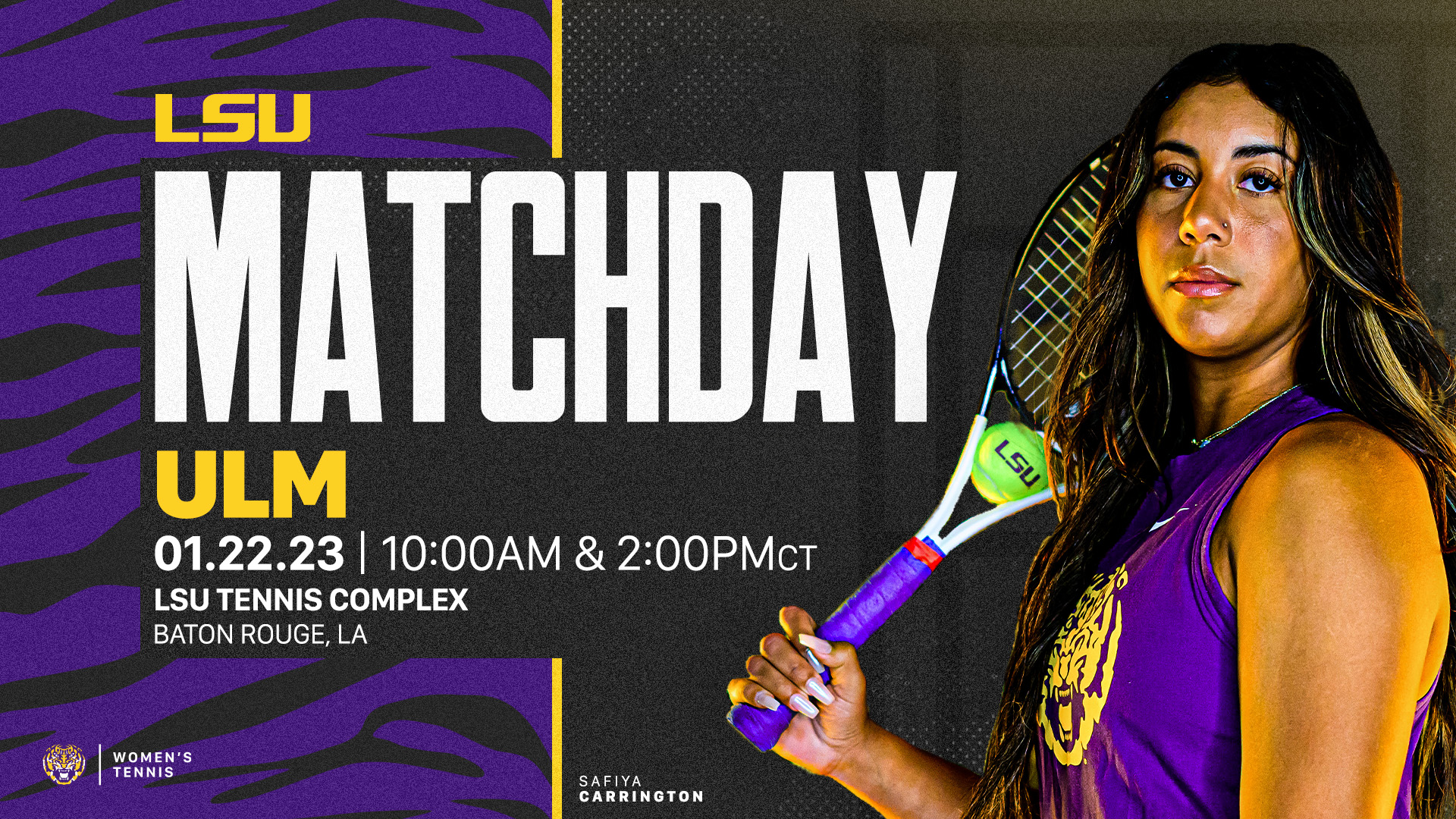 BATON ROUGE, La. – The LSU women’s tennis team will kick off its 2023 dual season with a doubleheader against the ULM Warhawks at 10 a.m. and 2 p.m. CT on Sunday at the LSU Tennis Complex.

Admission to home matches at the LSU Tennis Complex is free of charge with gates opening one hour before start time.

The Matchup
In the series history between LSU and ULM, the Tigers hold a 13-4 lead. Sunday’s matches mark the first time since 2003 that the two teams will meet in dual play, with LSU winning that last match by a 7-0 scoreline.

Tiger Tidbits
The Tigers opened the spring season last week as they participated in the Torero Tennis Classic, hosted by the University of San Diego. In two days of competition, the Tigers picked up five wins in doubles out of a possible eight as well as nine wins in singles play.

Newcomer Kylie Collins made program history in October as she became the first Tiger in program history to reach the singles final of the ITA All-American Championships, the nation’s most competitive fall tournament. Starting in the round of 32, Collins earned four consecutive straight set wins en route to the final round. Collins’ stellar play was rewarded in the final fall rankings as she rose to No. 7 in the singles rankings, becoming only the fourth Tiger in program history to reach the top 10 and the first since 2019.

Anastasiya Komar’s first season in Purple & Gold is off to a flying start after a strong singles campaign in the fall. Komar posted a 13-3 record across four tournaments, including a dominant showing at the 2022 ITA Southern Regionals, where she was crowned the singles champion after running the table from the Round of 64. In the final ITA singles of the year, Komar rose from unranked to No. 32.

In addition to singles success, Komar and doubles partner Nikita Vishwase led the Tigers with extraordinary doubles play in the fall, posting a 12-3 record playing together. The duo made a deep run from the pre-qualifying stages to the quarterfinal at the ITA All-American Championships, picking up multiple ranked wins in the process. Additionally, the duo ran the table in the doubles bracket at the ITA Southern Regional, defeating teammates Maggie Cubitt and Mia Rabinowitz in the final to claim the title. The newcomer duo was rewarded with a ranking of No. 7 in the final doubles ranking of 2022.