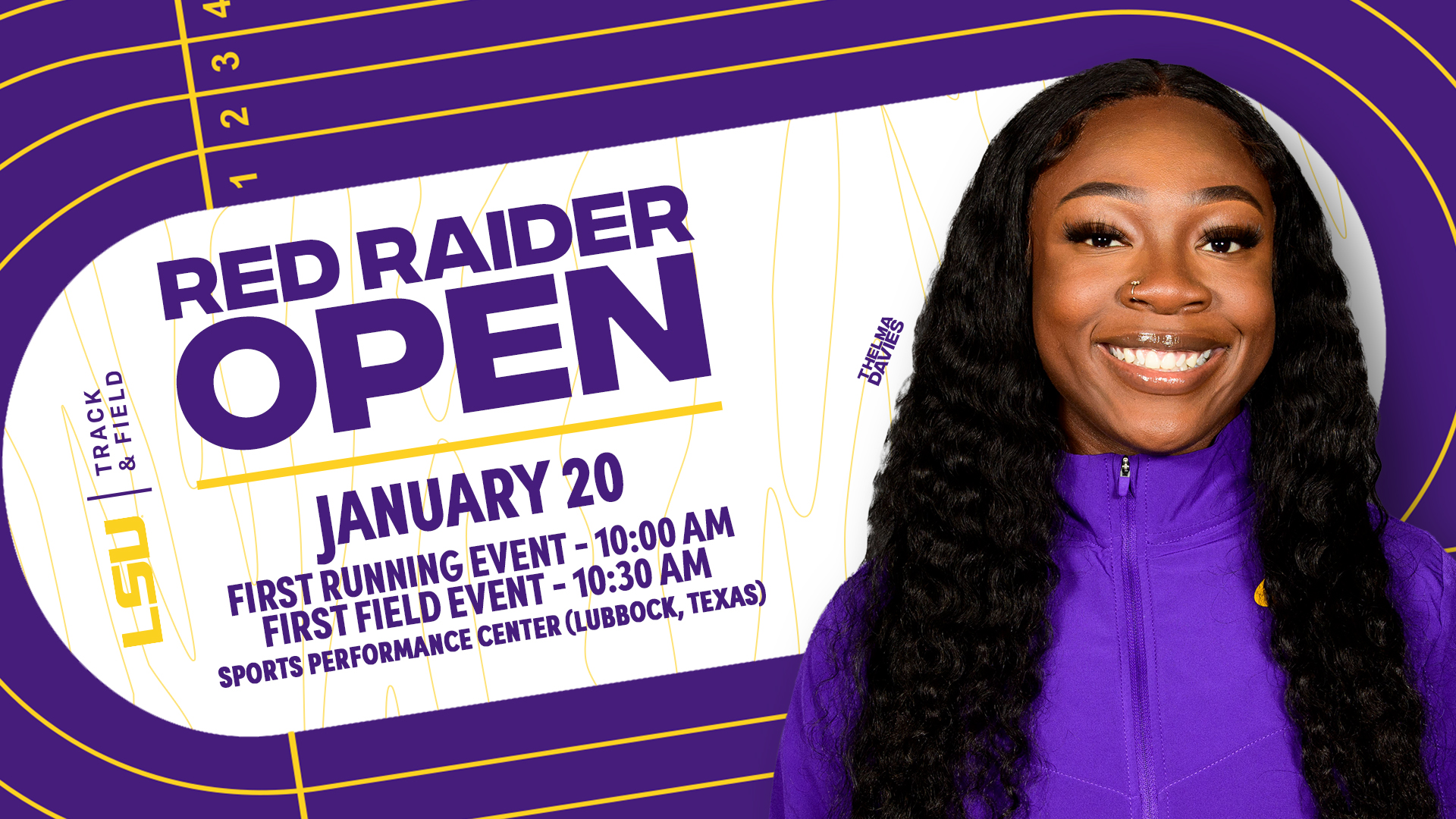 BATON ROUGE, La. – The LSU track and field program will hit the road for the first time of the 2023 campaign as they travel to the Red Raider Open in Lubbock, Texas, at the Sports Performance Center. The meet will be streamed on ESPN+; fans must have a subscription in order to watch the meet.

Due to Lubbock’s height above sea level, altitude conversions will be used with times this weekend. Small increments of time will be added to the sprint races, and distance events will have subtractive conversions due to the difficulty of running long distances above sea level.

The Tigers had four top-10 times/marks added to the LSU all-time performance list this past weekend at the LSU Purple Tiger invitational. The highest of these was freshman Emery Prentice’s personal-best 12’ 11.50” (3.95m) height in the women’s pole vault competition. Not far behind was sophomore Johanna Duplantis with a height of 12’ 5.50” (3.80m), good enough for seventh on the all-time performance list.

Freshman Matthew Sophia and junior Leah Phillips are heading into their second meet of the season with top-five rankings in the nation for their performances in the 60-meter hurdles this past weekend. Sophia’s time of 7.76 seconds puts him at eighth on the program’s all-time performance list and first in conference. Phillips’ time of 8.16 seconds puts her at third in conference and fifth overall in the nation.

Making their season debuts in the 4×400 on the men’s side will be Sean Burrell, Shakeem McKay, Alexandre Selles, and Aaron Smith. On the women’s side debuting in the 4×400 will be Brianna Lyston and Favour Ofili.

Teams Attending
Alongside the host Texas Tech, LSU will be competing against Arizona State, Clemson, Kentucky, Oklahoma State, TCU, Texas A&M, and others.