Trae Hannibal was co-leader in scoring for the Tigers with 16 points. 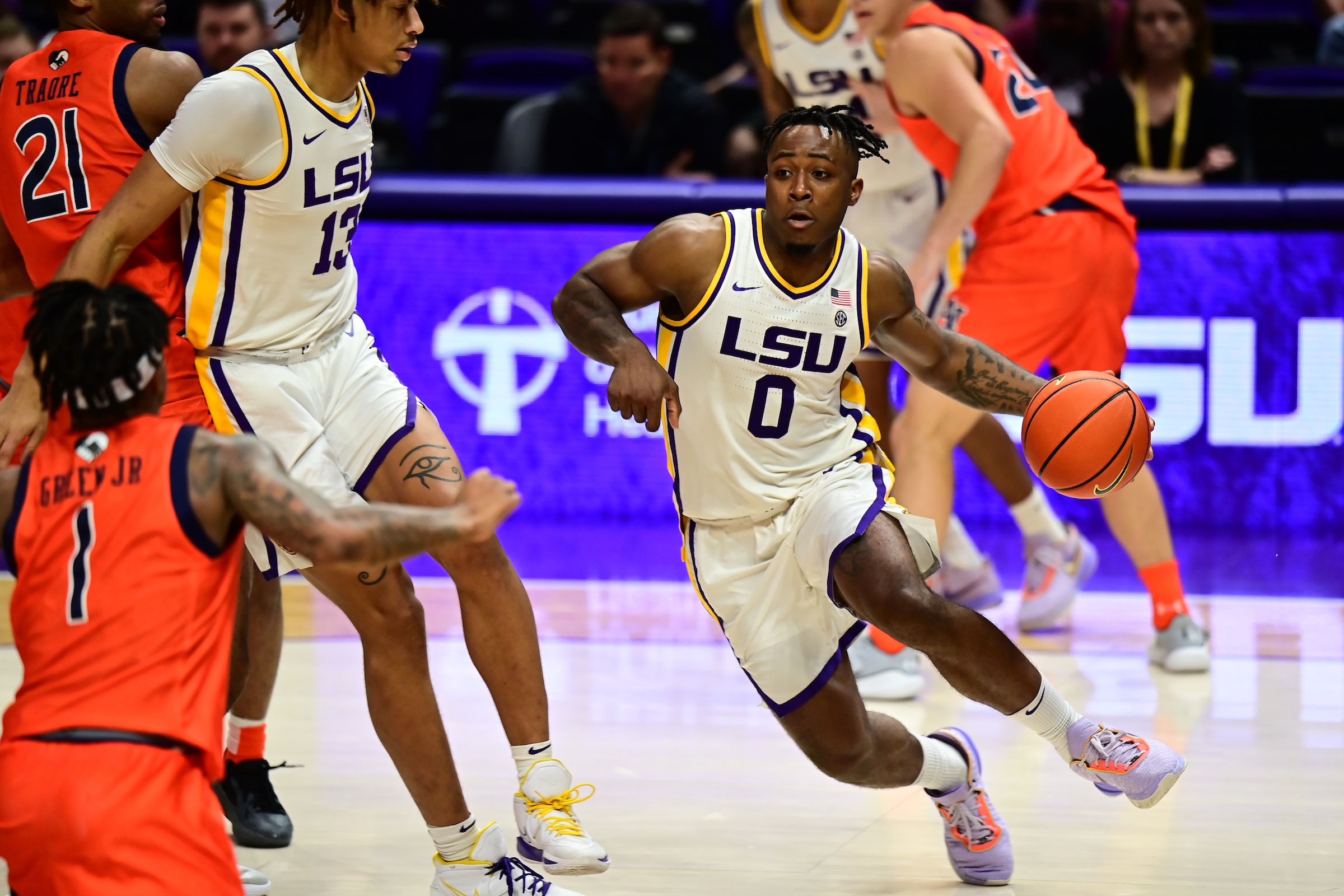 LSU next hosts No. 9 Tennessee Saturday afternoon at 3 p.m. in the Maravich Center. Tickets are on sale at LSUTix.net.

LSU trailed in the game, 32-21, at the half, but the home Tigers tried to make a game of it in the first five minutes of the second half.

Allen Flanigan of Auburn made a three to make the lead five, but off an offensive rebound by Adam Miller, KJ Williams hit a three-pointer to keep LSU at two down, 37-35, with 15:05 left.

But the Tigers turned the ball over twice and LSU missed a three and Auburn was able to push the lead back to nine and eventually back to double digits.

Coach Matt McMahon went through some of the second half play.

“I thought we were able to get out in transition some to feed off our defense. We did a better job moving without the basketball and converting some of those plays which enabled us to mix some defensive coverages and give ourselves a better chance there,” said Coach McMahon. “Then we forced a three. I believe it was 34-30 late in the shot clock. We had it covered in the box outs but didn’t get that rebound. We turn it over on our end and that leads to a basket in transition, so now the lead is six. We did a poor job at executing against the press on a possession they hit a three, its nine and another turnover now it’s back to 11.

“So, all that work to start the half was down the drain and with our lack of ability to score going back down with double figures was just too much for us to overcome. Great credit to Auburn for their physicality and execution on both ends of the floor. Give great credit to Auburn. I thought their defense was terrific, very physical. Obviously, you saw their ability to make it difficult for us to finish plays in the painted area. Certainly, dominated in the paint.”

LSU turned the ball over 11 times and Auburn scored 15 points off turnovers, while LSU was able to get just two points off the 10 Auburn turnovers forced.

LSU played without Mwani Wilkinson and Justice Hill. Wilkinson had shoulder surgery earlier this week and Hill has taken a leave of absence for personal reasons. Coach Matt McMahon explained the situation in the postgame media session.

“I just want to be clear with Justice Hill, it is not disciplinary situation by any means,” said Coach McMahon. “He has stepped away from the program for the time being for personal reasons. I do not have a timeline on that, we will see how it proceeds as we move forward from here.”

Saturday’s game will be broadcast on the LSU Sports Radio Network and televised on ESPN.