LSU Basketball Back At Home Wednesday To Host Auburn 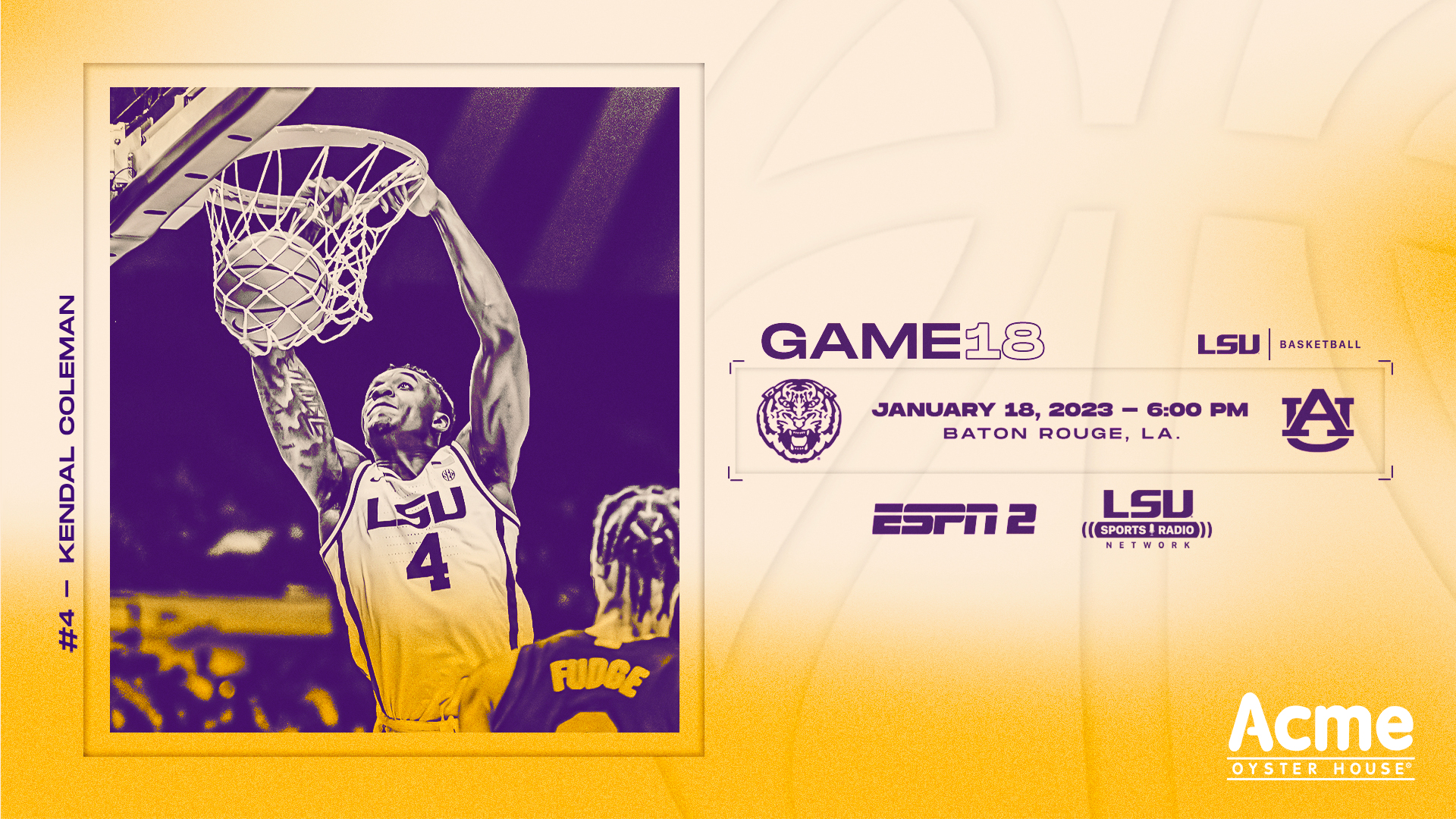 BATON ROUGE – The LSU Tigers will look to get back on the winning track Wednesday night at the Pete Maravich Assembly Center as they host the Auburn Tigers at just after 6 p.m.

The game will be broadcast on the affiliates of the LSU Sports Radio Network with the Voice of the Tigers Chris Blair and former LSU basketball coach John Brady (Guaranty Media flagship Eagle 98.1 FM in Baton Rouge). The game will be televised on ESPN2 with Tom Hart and Jimmy Dykes on the broadcast.

Tickets for the game are available at LSUtix.net and also beginning one hour prior to tipoff at the upper concourse ticket windows of the Maravich Center.

LSU Students, who are back in classes and on campus for the first time since mid-December are admitted free with a valid LSU ID. The first 1,000 students will receive a free T-shirt and Koozie from McDonald’s.

LSU is 12-5 and 1-4 on the second in the Southeastern Conference while Auburn, ranked 16th in the AP media poll and No. 17 in the Ferris Mowers Coaches Poll. Auburn is 14-3 on the season and 4-1 after a 69-63 win at home over Mississippi State. The win was Auburn’s 28th consecutive home victory.

Jaylin Williams had five three pointers in leading Auburn with 21 points, while Wendell Green, Jr., had 17 and Allen Flanigan added 10 points. Auburn shot 43.6 percent for the game with 11 three-pointers and 10-of-13 at the line. Auburn was out rebounded, 38-32, and committed 20 turnovers in the game.

LSU will be looking to return to some of the things that helped them earlier in the season, including their win at the end of last month against Arkansas. LSU had 11 turnovers but Alabama was able to get 19 points off turnovers. Alabama dominated the game on the boards and turned that into a 32-8 advantage in second chance points.

“It is a great opportunity for our program this week, having two ranked teams here at home starting with Auburn (Wednesday) night. Really looking forward to the 6 p.m. tip … the first game with our students back. Obviously, we have a lot of work to do to continue getting better and try to find a way to improve to give ourselves better opportunities to be in games, but we are really looking forward to this opportunity (Wednesday) night and being back in the PMAC,” said LSU Coach Matt McMahon.

Cam Hayes returned after a one-game absence and is back at full strength after playing nearly 20 minutes and scoring 10 points in the Alabama game. KJ Williams will continue on his quest to score 2,000 career points as he is 27 shy of the mark that make him one of 122 players unofficially to record 2,000 career points and 1,000 career rebounds.

This is one of only two times during the SEC regular season when LSU will play two consecutive games at home as the Tigers host Tennessee on Saturday at 3 p.m.