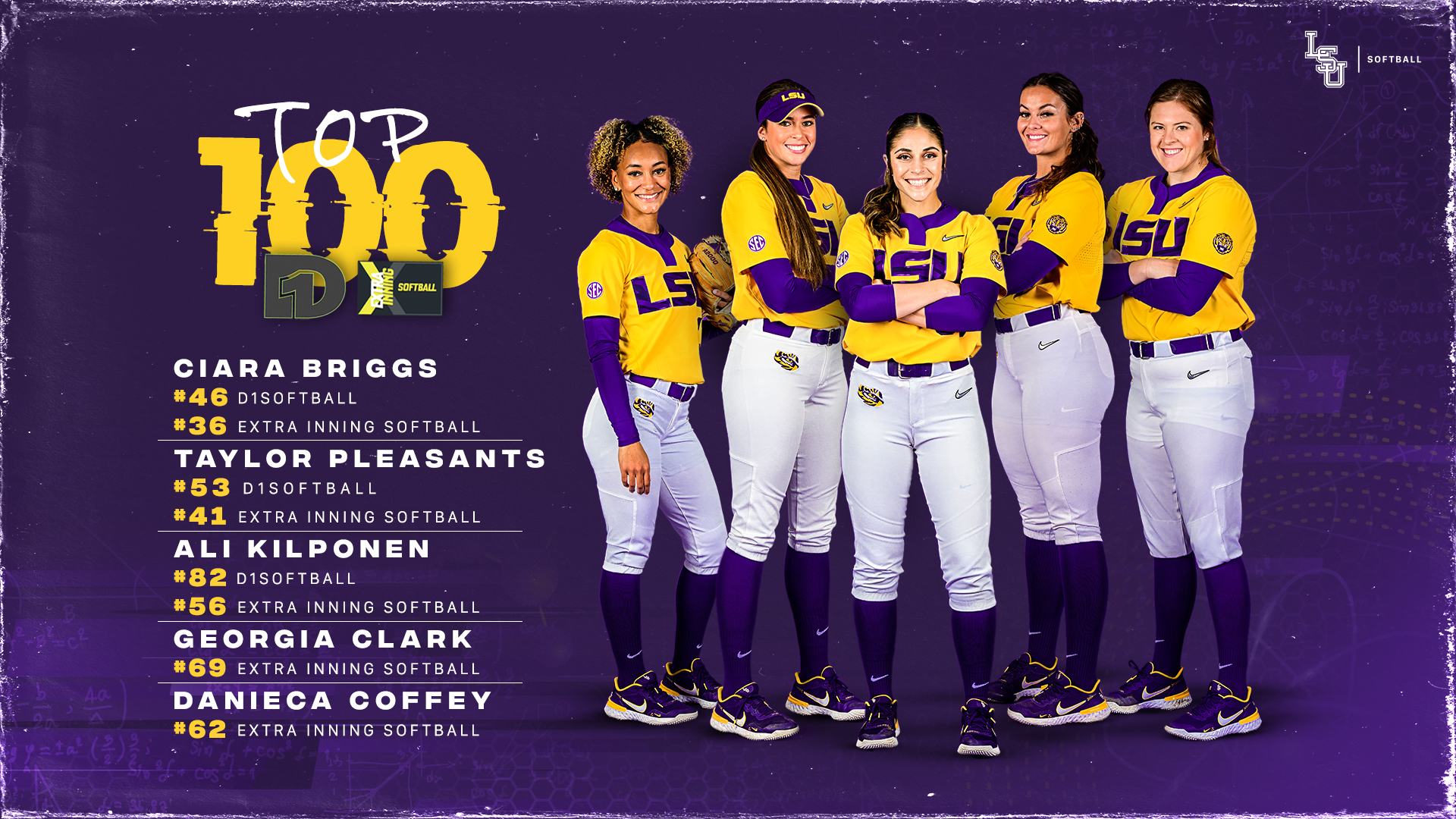 Briggs ranks No. 37 in Extra Inning Softball and No. 46 in D1Softball. Briggs comes off a season where she became the first collegiate Gold Glove Award Winner in the program’s history and was selected to the SEC All-Defensive Team after registering a perfect fielding percentage on 89 chances. Briggs was also earned All-SEC and NFCA All-Region honors after recording a .368 batting average behind 70 hits and had a team-high 53 runs scored. Briggs will enter this season on a five-game hitting streak.

Pleasants ranks No. 41 on Extra Inning Softball’s list and No. 53 by D1Softball. Pleasants, a 2021 All-American and two-time All-SEC honoree concluded 2022 with a .295 average and led the team with 28 extra-base hits, including 15 doubles, 12 home runs and one triple. She was also second on the team with 48 RBIs. Pleasants currently ranks No. 3 all-time in the program’s record book with a .610 slugging percentage and is tied with Briggs at No. 10 all-time with a .425 on-base percentage.

Kilponen sits at No. 56 in the Extra Inning Softball rankings and No. 82 for D1Softball. Kilponen was selected to the 2022 All-SEC First Team and NFCA All-Region second team after posting an 18-9 record with 145 strikeouts and a 2.29 ERA. Kilponen threw 17 complete games, logged five shutouts, and had one save on the year. Currently, Kilponen ranks No. 7 all-time with five saves and No. 9 with a .204 career opposing batting average.

Coffey is ranked No. 62 by Extra Inning Softball after a breakout 2022 season that placed her on the All-SEC and NFCA All-Region second teams. Coffey led the Tigers last season with a .379 batting average, 72 hits, a .457 on-base percentage and 10 stolen bases. She also tallied 44 runs and 26 RBIs. The Richwood, Texas native enters the 2023 season on a 16-game reached base streak and seven-game hitting streak.

Clark is ranked No. 69 in the Extra Inning Softball Top 100 Rankings after turning in a career season in 2022 that got her selected to the All-SEC and NFCA All-Region team for the first time. Clark led the Tigers with a .667 slugging percentage, 61 RBIs which ranked No. 16 in the nation, and 16 home runs. She concluded the season with a .301 batting average behind 47 hits and 32 runs. Clark has reached in 22 consecutive games and is currently riding a five-game hitting streak. Clark enters the 2023 campaign ranked No. 7 all-time with a .582 career slugging percentage and No. 9 all-time with 30 career home runs.