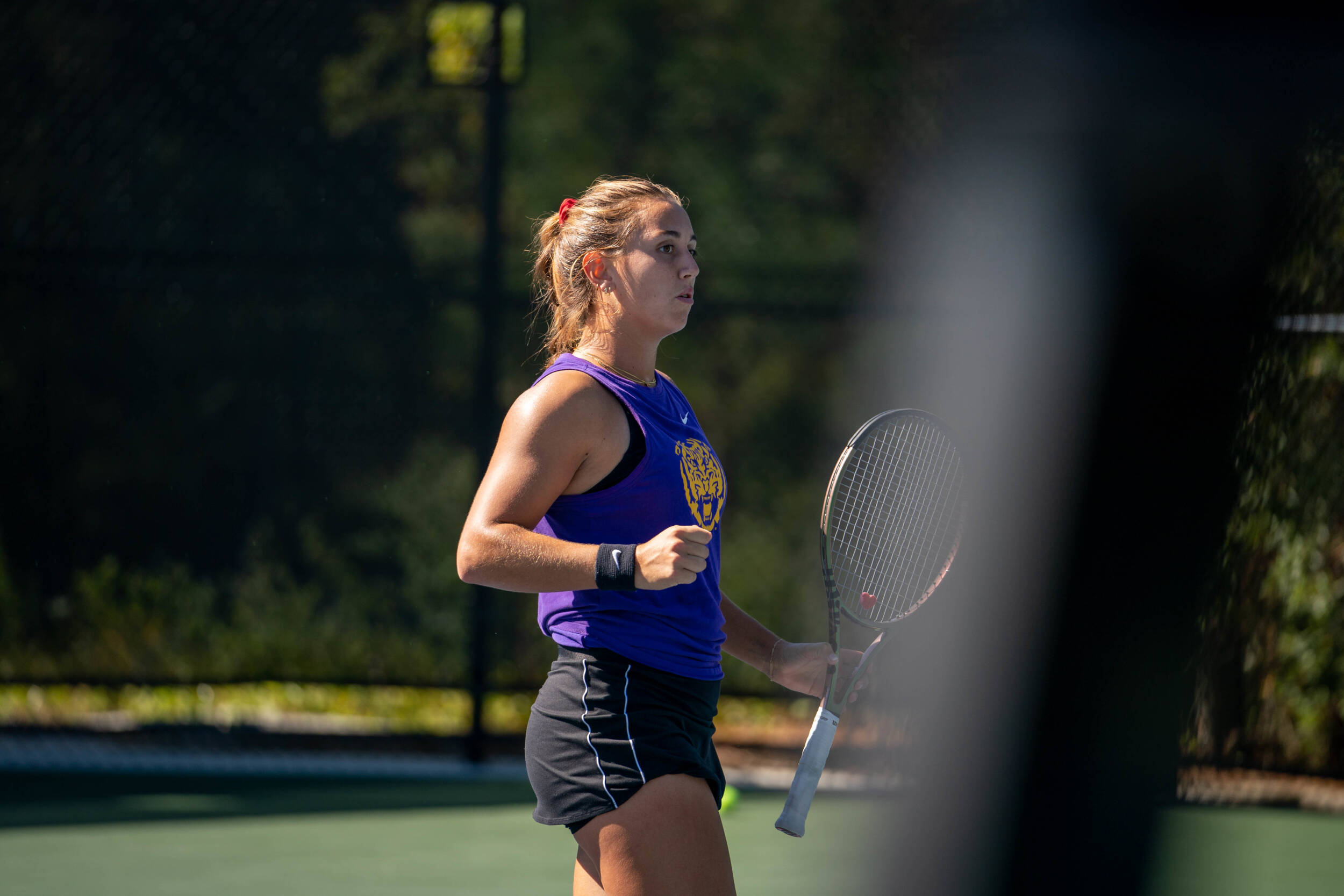 Singles Results
Only one round of singles was scheduled for Saturday. The first match of the day featured freshman Noor Carrington face Marta Gonzalez-Ballbe from UC Santa Barbara. Gonzalez-Ballbe was victorious in the first set, 6-4, before Carrington narrowly edged the second, 7-5, to force a ten-point tiebreaker. In the tiebreaker, the UC Santa Barbara player narrowly held off the Tiger to win 10-7 and claim the match.

At the next court, graduate student Mia Rabinowitz took on Valentina Khrebtova of UC Santa Barbara. The match was a tight contest, with Rabinowitz edging the first set by a score of 6-4. The second set was just as close and sat split 5-5 after 10 games, but the graduate student showed her experience as she won the final two games to clinch the set at 7-5 and secure a straight set win.

No. 7-ranked Kylie Collins picked up her first singles win of the weekend as she took down San Diego’s Kailey Evans in straight sets. After swapping games back and forth early, Collins finished the first set strong as she secured a 6-4 win. The second set was a repeat of the first as Collins once again edged Evans by a 6-4 score to clinch the straight set win.

Redshirt-freshman Anastasiya Komar suffered her first defeat of the weekend as she was defeated by San Diego’s Abigail Desiatnikov, 6-2, 6-1.

Senior Maggie Cubitt was next in action as she took on UC Santa Barbara’s Camille Kiss. Kiss came out on top in the battle, winning the first set 6-2 before repeating the score in the second.

LSU’s final win of the day came from senior Nina Geissler, who took down Kira Reuter of UC Santa Barbara in three sets. Geissler edged the first set, 6-4, before Reuter struck back in the second with a close 7-5 win to force a ten-point tiebreaker. Geissler held a strong lead in the tiebreaker and didn’t look back as she won 10-5 to clinch the match.

The final match of the day featured senior Safiya Carrington take on Sara Choy from Stanford. Choy narrowly edged Carrington in the first set, 6-4, and went on to win the second by a margin of 6-3.

Up Next
The final day of the Torero Tennis Classic will kick off at 11:30 a.m. CT on Sunday morning.