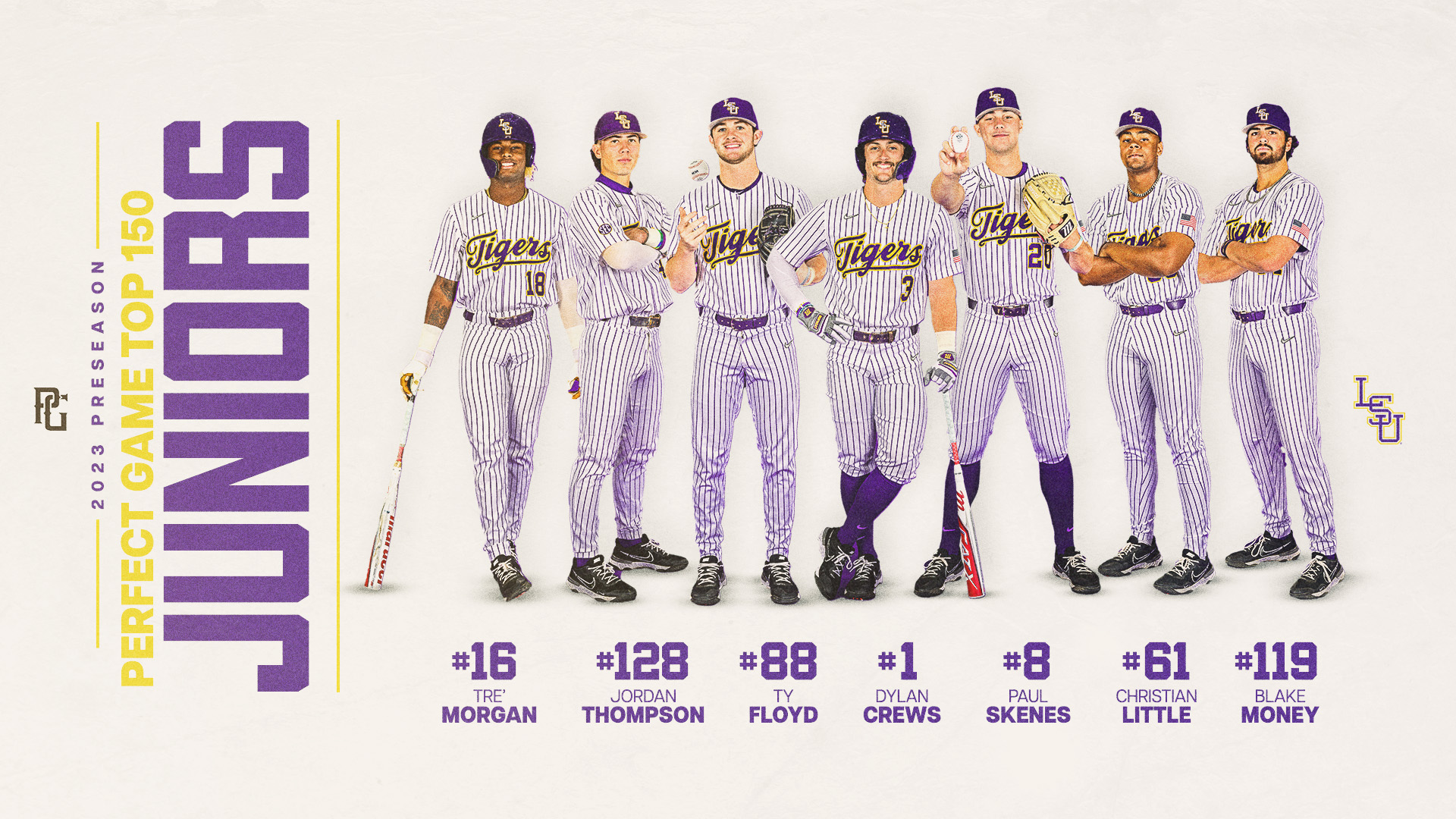 Crews was voted a 2022 consensus First-Team All-American and the SEC Co-Player of the Year, batting .349 with 11 doubles, four triples, 22 homers, 72 RBI and 73 runs. The Tigers’ centerfielder was named a semifinalist last season for the Golden Spikes Award and for the Dick Howser National Player of the Year Award.

Skenes, who transferred to LSU this season after two years at Air Force, enjoyed an exceptional 2022 season both on the mound and at the plate, earning first-team All-America recognition.

Morgan, a 2022 SEC All-Defensive Team selection, hit .324 in 2022 with 18 doubles, one triple, five homers, 54 RBI and 50 runs. The New Orleans, La., native joined Crews this summer as a member of the U.S. Collegiate National Team that claimed the bronze medal at Honkbalweek Haarlem in the Netherlands.

Morgan batted .500 (6-for-12) in the Tigers’ three-game sweep at Vanderbilt (May 19-21) with four doubles, three RBI and five runs, and he delivered the game-winning two-out, two-run single in the top of the ninth inning at Mississippi State (April 8), erasing a 2-1 deficit and sparking LSU to a 5-2 victory.

He started LSU’s second game of the NCAA Hattiesburg Regional on June 4 and worked 6.0 innings versus Southern Miss, allowing four runs on six hits with no walks and seven strikeouts in the Tigers’ win. The two-time member of the SEC Academic Honor Roll made his second career league start on May 20 at Vanderbilt, and he defeated the Commodores by working 5.1 innings and allowing just one run on four hits with no walks and seven strikeouts.

In Floyd’s three relief appearances prior to the May 20 start at Vanderbilt, he worked 12.1 innings and allowed just two runs on five hits with three walks and 12 strikeouts.

Money, a product of Spring Hill, Tenn., has appeared in 31 games (14 starts) for the Tigers over the past two seasons, recording 88 strikeouts in 89 career innings.

Thompson’s two-out RBI single in the bottom of the ninth inning of LSU’s June 4 NCAA Regional game at Southern Miss tied the contest at 6-6, and the Tigers went on to win, 7-6, in 10 innings.

Thompson, a product of Chula Vista, Calif., was voted to the 2021 NCAA Eugene Regional All-Tournament Team after hitting .333 (6-for-18) in LSU’s drive to the regional title with two doubles and two RBI. He also received Freshman All-SEC recognition in 2021, and he was twice named the league’s Freshman of the Week.