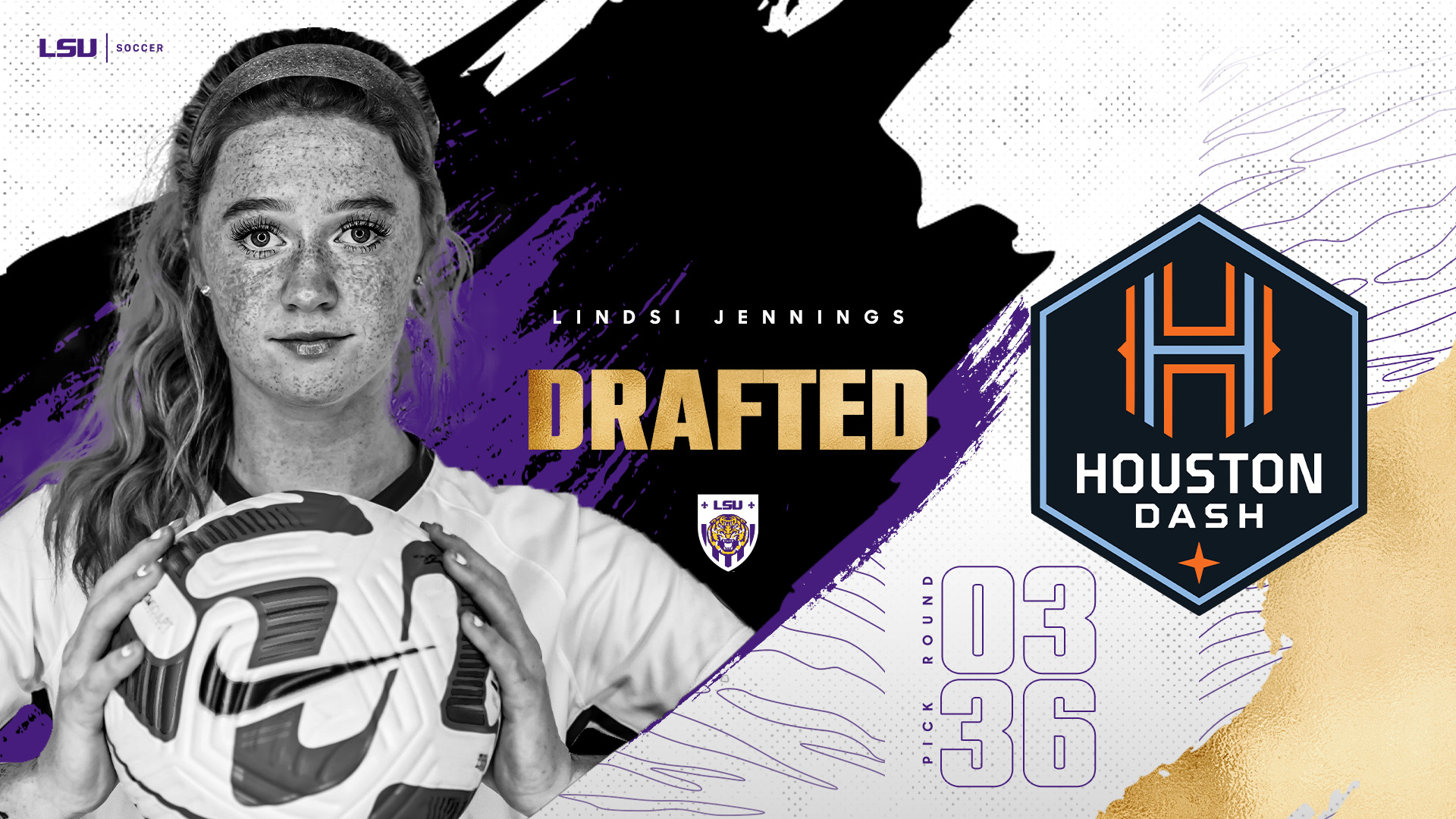 BATON ROUGE – Lindsi Jennings was selected by the Houston Dash in the third round of the 2023 National Women’s Soccer League Draft on Thursday night.

“I am thrilled for Lindsi and for Houston Dash to be acquiring a hometown talent. Lindsi had a fantastic season this fall and this is the next challenge for her as an athlete,” said head coach Sian Hudson. “She is a player that has all the tools to go on and have a long and successful professional career, not only because of the talent she has, but more so her dedication to her craft and the mentality she has to achieve everything she sets her mind to.”

“Lindsi has left a tremendous impact in her time as a LSU Tiger and every person that has shared a part of her journey will undoubtedly be cheering her on because of the inspiration she was to so many.”

Jennings, a native of Conroe, Texas, is staying in her home state to continue her soccer career at the professional level. She was selected as the 36th pick in the third round by the Houston Dash.

The pick marked Jennings as only the third player to be drafted in program history and second under head coach Sian Hudson.

Tinaya Alexander was the second ever player to be drafted when she was picked 14th overall in the second round by the Washington Spirit on December 18, 2021.

Jennings completed her career at LSU in 2022. As a fifth-year senior, Jennings was named co-captain of the squad and was an important piece to the roster. She played and started in all 20 matches for the Tigers and recorded a career high two goals on the year.

The Texas native earned All-SEC First Team honors last season and was a key component of the backline that helped the team reach the second round of the NCAA tournament.

Since transferring to the Tigers in 2021, Jennings capped off her career in the Purple and Gold with 40 appearances on the pitch, earning the start in 32 of those, and three goals, two assists, six shots on goal and 2,696 minutes on the pitch.

Prior to LSU, the defender played three seasons at Northern Colorado, where she played in 51 games and tallied one goal and two assists to go along with nine clean sheets for the Bears.

Jennings will join LSU alumni and former player Allysha Chapman on the squad. Chapman played for the Tigers from 2009-11 and appeared in 67 matches, tallying one goal and seven assists.