LSU men’s track and field sprinter Sean “Squirrel” Burrell, a two-time NCAA champion, has been named to the 2023 Watch List for the prestigious Bowerman Award. 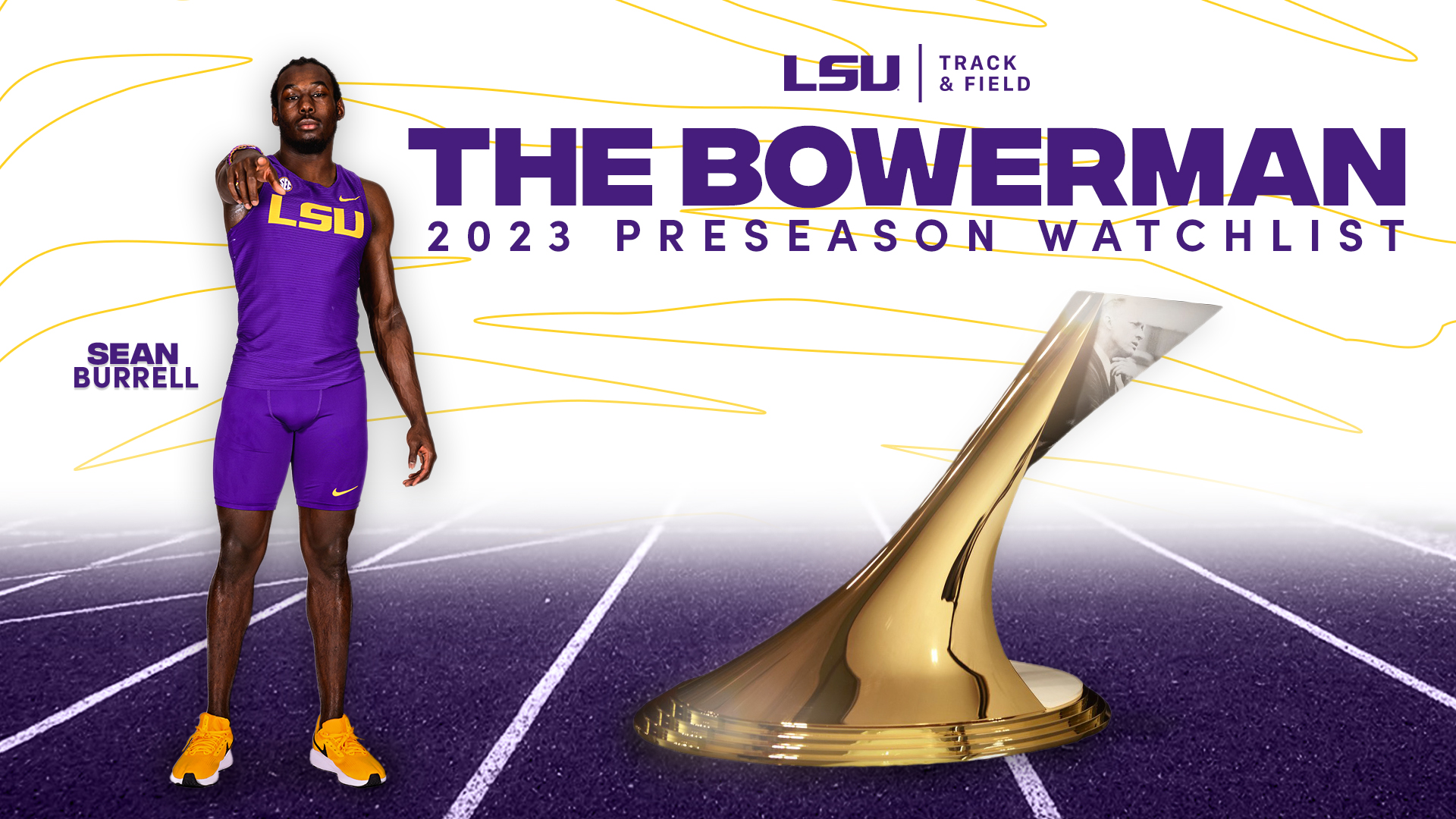 The Bowerman is an annual award given to the year’s best men’s and women’s student-athletes in American collegiate track and field. It is named after former Oregon track and field and cross country coach Bill Bowerman and is administered by the U.S. Track & Field and Cross Country Coaches Association (USTFCCCA).

LSU athletes have won the Bowerman on three previous occasions – sprinters Kimberlyn Duncan (2012) and Sha’Carri Richardson (2019) captured the women’s award, and jumper JuVaughn Harrison was the men’s award recipient in 2021.

Burrell, a native of Zachary, La., posted a time 48.70 seconds in June to win the 2022 NCAA championship in the men’s 400-meter hurdles for the second consecutive year.

Burrell in 2021 became only the third LSU athlete to win an NCAA title in the 400-meter hurdles when he circled the track in a time of 47.85 to claim the victory. No U20 athlete in world history had ever gone faster than 48 seconds prior to Burrell’s historic performance at the 2021 NCAA Championships.

The time of 47.85 ranks as the second-fastest in LSU history and the fourth-fastest in collegiate history.