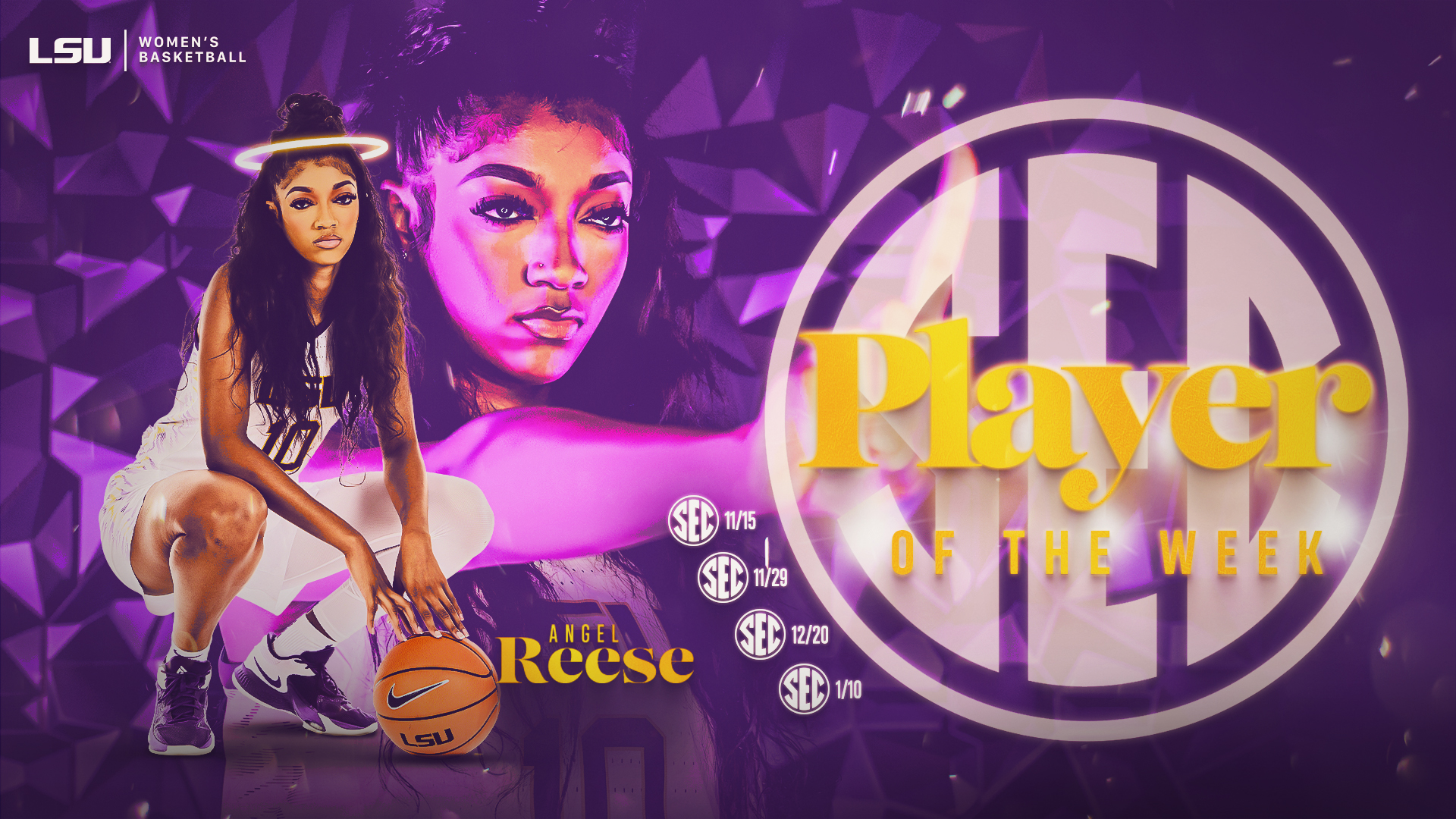 BIRMINGHAM, Ala. – After another historic where Angel Reese set LSU’s single-game rebounding record, Reese earned her fourth SEC Player of the Week honor of the season in her first year in Baton Rouge.

Reese was also named the NCAA March Madness Player of the Week by Autumn Johnson.

Reese began the week with a historic performance against Texas A&M where she scored 26 points and grabbed 28 rebounds to set the LSU record. It was Reese’s second 20/20 game of the season as she is the only player in the country with multiple such games.

Reese is just the third player since 2009 with 26 points and 28 rebounds in a game, according to Her Hoop Stats. The LSU standout is the first SEC player to have 25+ points and 25+ points in a game over the last 20 seasons.

In LSU’s win at Kentucky on Sunday, Reese had 26 points and 13 rebounds.

Firmly in the national player of the year conversation, Reese has 16 double-doubles in as many games, the most ever to begin a season by a player in the SEC. She is averaging 14.2 points and 15.6 rebounds this season.

Reese, one of nine new pieces on this year’s LSU team, has led the Tigers who are off to a historic start to the season. With Sunday’s win at Kentucky LSU improved to 16-0, the best start to a season in program history, surpassing the 2002-03 season when the Tigers started 15-0 when Seimone Augustus was a freshman. LSU also jumped into the AP Top 5 on Monday for the first time since 2009 as the Tigers are one of three remaining undefeated teams in the country.