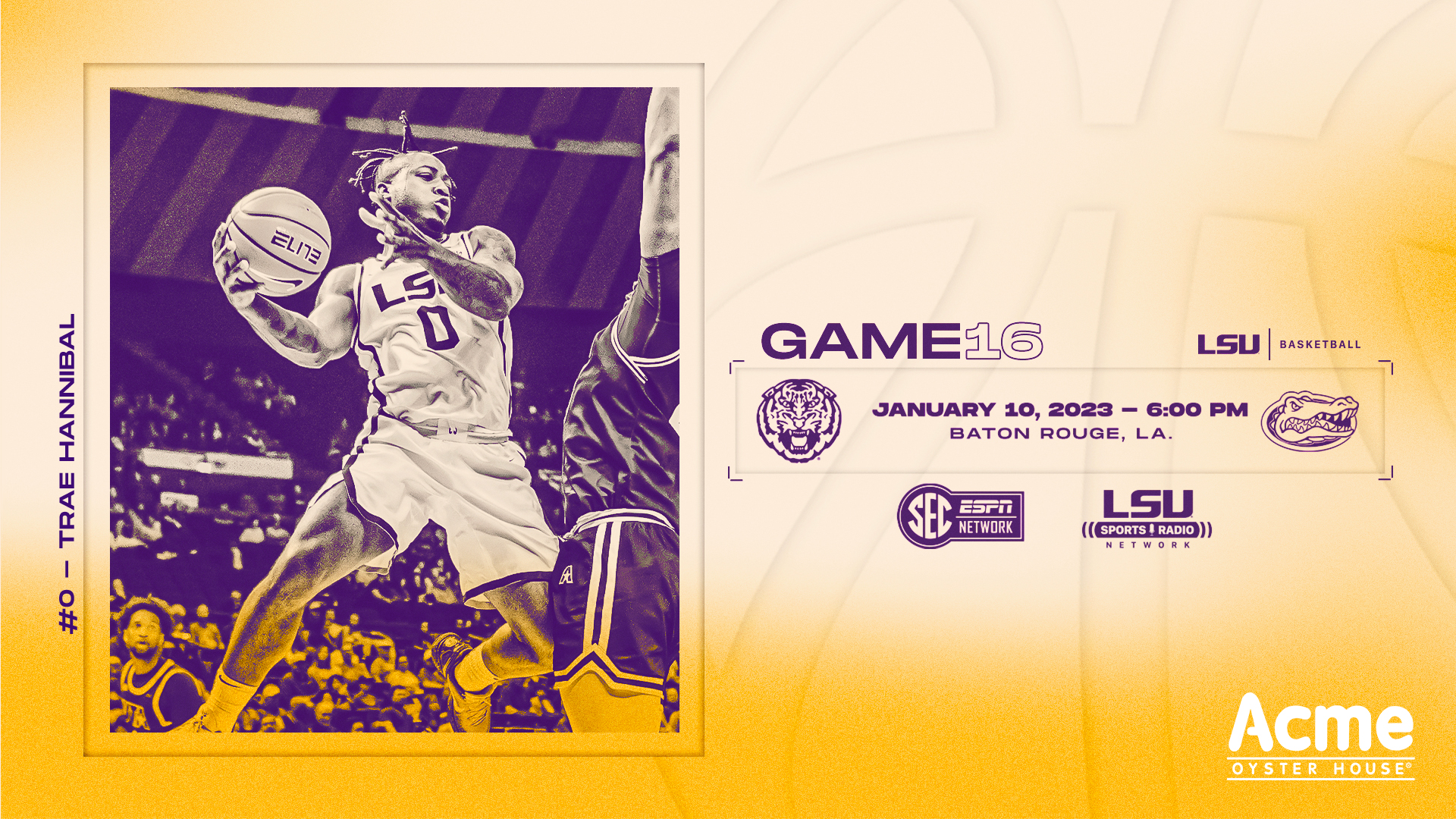 BATON ROUGE – The LSU Tigers look for the right formula that will get them back on the winning track when they return to the Pete Maravich Center to host the Florida Gators Tuesday night at just after 6 p.m. CT.

The game will be broadcast on the affiliates of the LSU Sports Radio Network, including Guaranty Media flagship Eagle 98.1 FM in Baton Rouge. The Voice of the Tigers, Chris Blair, and former LSU men’s basketball coach John Brady. The game will be televised on the SEC Network with Mike Morgan and Daymeon Fishback.

Tickets are available online at LSUTix.net and at the LSU Athletics Ticket Office during business hours on Tuesday. Tickets will be available at the venue beginning one hour prior to tipoff on the upper concourse level of the building.

LSU Students are admitted free with valid ID and the first 500 students receive free food from Raising Cane’s. The LSU Spirit Team will showcase their performance they are finalizing for the national championships.

LSU is 1-2 in the league (12-3 overall) after a 69-56 loss at Texas A&M on Saturday. So far in the three SEC games, the Tigers have been out rebounded 113-88 with A&M out rebounding the Tigers 38-27, and had a 42-10 advantage in points in the paint. The Tigers will look to put themselves back in the positions they found themselves in during the win against Arkansas and the narrow loss to Kentucky.

“Really excited to be back home (Tuesday) night,” said LSU Coach Matt McMahon. “We have a really talented Florida team coming to town. The first home game against Arkansas, we had a huge crowd and an awesome environment. Hoping to have the same (Tuesday) night against Florida. I think this past weekend was a great learning experience for our team. Disappointing result and performance. Really the first time this season we didn’t give ourselves an opportunity to be in a game and have the opportunity to win the game. I think we’ll take away a lot of lessons from that and work to get better as we prepare for (Tuesday) night.”

LSU will be putting a 13-game home winning streak on the line that dates back to the final four games last year. It is tied for the ninth longest in the 50-plus year history of the Pete Maravich Assembly Center.

The Gators will visit Baton Rouge for the first time since January 2020. A scheduled game in February 2021 was canceled because of the pandemic.

Florida is 8-7 overall and also 1-2 in the league after a home win against Georgia on Saturday, 82-75. Kyle Lofton had 18 points to lead the Gators with Will Richard scoring 14, Myreon Jones 13 and Colin Castleton and Kowacie Reeves adding 12 each. Florida shot over 49 percent, making 30-of-61 with seven treys and 15-of-17 at the free throw line. The Gators had a 42-26 advantage in points in the paint and out rebounded the Bulldogs, 40-35.

LSU travels to Alabama on Saturday before returning home for two games against Auburn (Jan. 18) and Tennessee (Jan. 21).