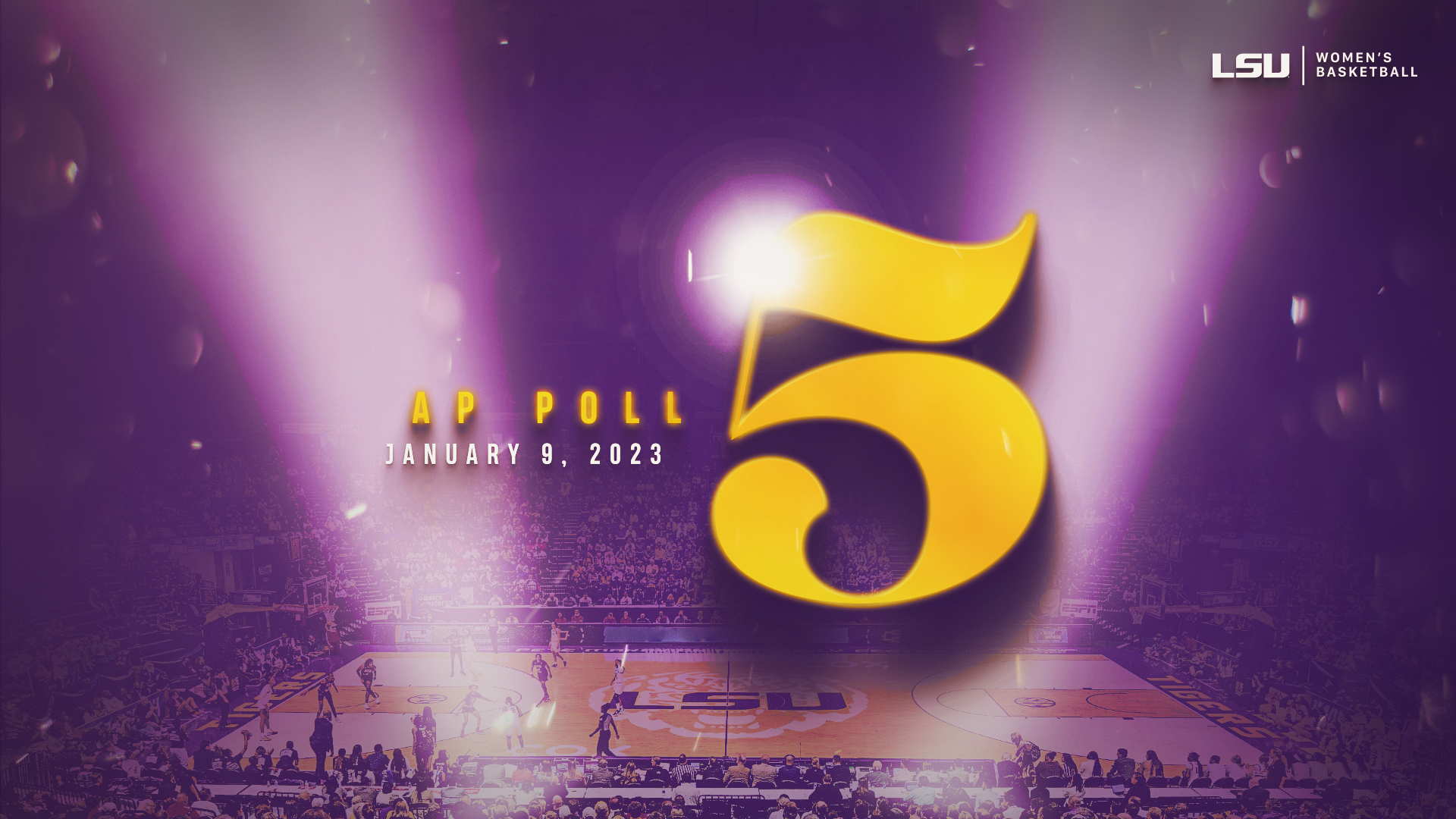 BATON ROUGE – The LSU Women’s Basketball climbed two spots in Monday’s AP Poll to No. 5 as the Tigers joined the nation’s top five for the first time since the 2009 season.

After leading the Tigers to a 26-6 season her first year at LSU, Coach Kim Mulkey has continued to build her program in Baton Rouge. With nine new pieces on this year’s roster, Mulkey added talent and depth that have allowed the Tigers to have great success this season that includes the nation’s No. 1 scoring offense and No. 2 scoring defense. In November, Coach Mulkey also signed the nation’s No. 1 recruiting class as she is building the program to have sustained success.

With a win over Kentucky on Sunday, LSU moved to 16-0 on the season which is the best start in program history, surpassing the 2002-03 team that started 15-0. The Tigers remain as one of only three undefeated teams left in the country.

LSU’s average margin of victory this season is leading the nation at +39.8 and the Tigers have won their four SEC games by an average of 27.0 points.

Angel Reese has entered her name into the National Player of the Year conversation with 16 double-doubles in as many games this season. She has set a SEC record for the most double-doubles to begin a season and is averaging 24.2 points and 15.6 rebounds. In Thursday’s win over Texas A&M, Reese had 26 points and set a LSU record with 28 rebounds, her second 20/20 game of the season. She is the only player in America with two 20/20 games.

Flau’jae Johnson has played as one of the elite freshmen in the country, averaging 14.5 points and 6.8 rebounds this year. She has scored in double-figures in all four of LSU’s SEC games.

The Tigers will face Missouri on the road in Columbia on Thursday at 6 p.m. CT. Sunday will be a big day in the history of LSU as Seimone Augustus’ statue will be unveiled prior to LSU’s game against Auburn. She will become the first LSU female student-athlete with her own statue on campus. More info will be released Tuesday about the statue unveiling.