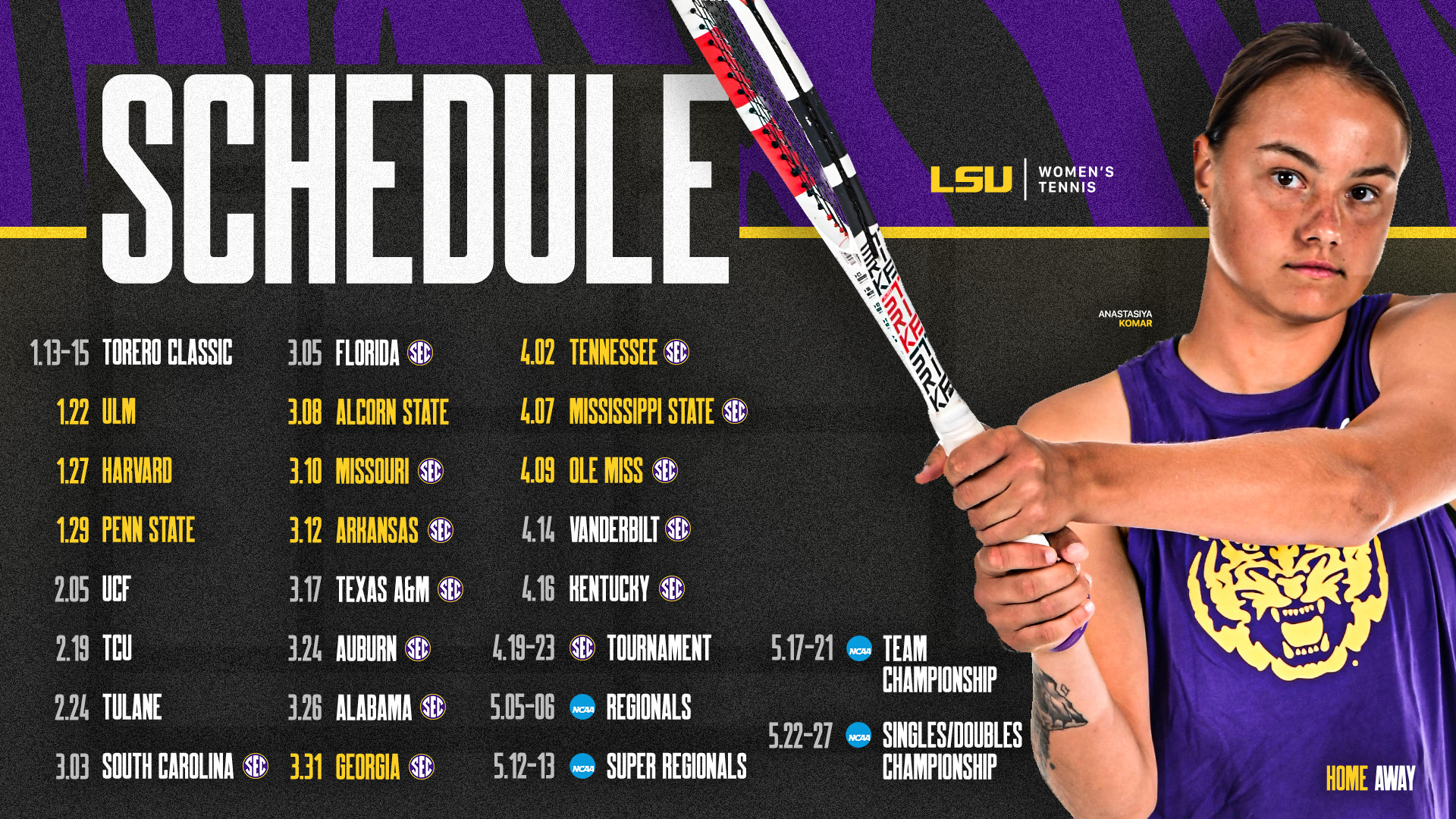 The month of February is a month spent on the road for the Tigers as they head to the state of Florida to take on UCF on Sunday, February 5. Following a two-week break, LSU returns to action when they visit TCU on February 19 before ending the month with a trip down Interstate 10 to New Orleans to face the Tulane Green Waves on Friday, February 24.

March marks the beginning of SEC play with LSU hitting the road to face the pair of South Carolina (March 3) and Florida (March 5). The Tigers then contest a rare midweek match against Alcorn State on Wednesday, March 8, before hosting the first pair of conference opponents at home with matches against Missouri (March 10) and Arkansas (March 12). The next three matches are away contests, first heading to Texas A&M (March 17) for one match that week ahead of a road weekend against Auburn (March 24) and Alabama (March 26).

The final stretch of the regular season features four matches hosted at the LSU Tennis Complex. The Georgia Bulldogs (March 31) come to town on a Friday night before the month of April opens with a match against the Tennessee Lady Vols (April 2). The final weekend of home matches features the two teams from Mississippi as Mississippi State (April 7) visits on a Friday night while Ole Miss (April 9) come to town on Senior Day. The final away weekend of the regular season will have LSU first head to Nashville, Tennessee to face Vanderbilt (April 14) before taking on Kentucky (April 16).