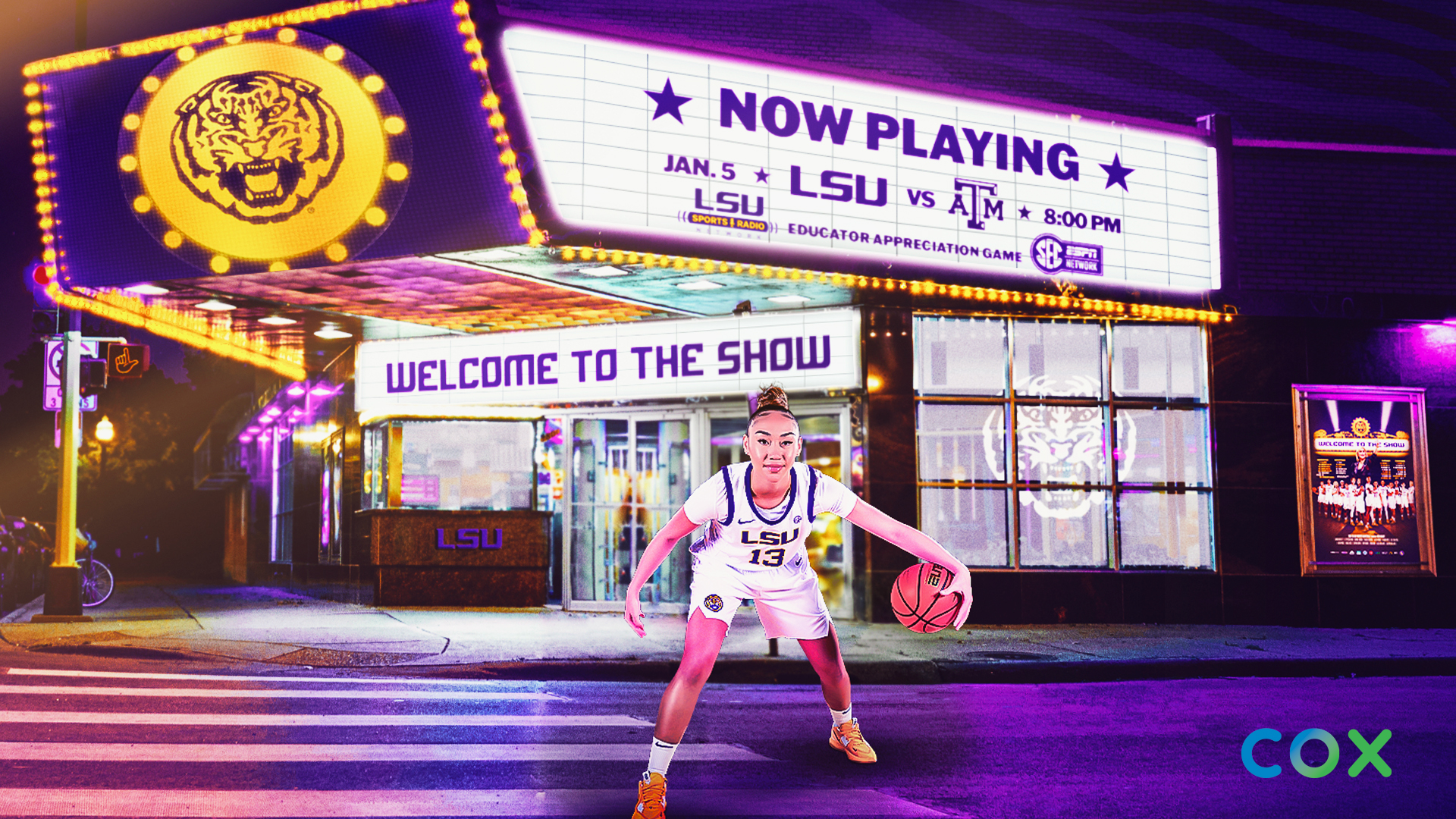 LSU had its best start in 2002-03 when it started 15-0 during Seimone’ Augustus’ freshman season. The Tigers have the nation’s No. 1 offense, scoring 92.4 points per game with the third best shooting percentage at 50.7-percent. LSU holds opponents to 51.2 points per game, the fourth fewest in the NCAA.

“We’re not good enough to look past anybody,” Coach Kim Mulkey said. “We are still a work in progress. We’re a very talented team, but we haven’t done anything yet.”

The game will air nationally on the SEC Network with Courtney Lyle and Carolyn Peck who are calling their second LSU game in eight days as they also called LSU’s win at Arkansas last Thursday. The game will also air on the LSU Sports Radio Network, 107.3 FM in Baton Rouge, with Patrick Wright and Shaeeta Williams.

The Tigers began SEC play last week with two big victories. LSU opened its conference slate with its first ranked win of the season, going on the road and taking down No. 24 Arkansas by 24-points. Both Angel Reese and Flau’jae Johnson had double-doubles and LaDazhia Williams grabbed a career-high 15 rebounds.

LSU hosted Vanderbilt on New Year’s Day and the Tigers won by 25. Reese recorded her 14th double-double in as many games this season while Alexis Morris earned her first career double-double that included dishing out a career-high 12 assists, the most by a SEC player in a game this season. Both Reese and Johnson finished the game with 20 or more points.

Johnson earned her third SEC Freshman of the Week on Tuesday. She has scored in double figures in 11 games this season and has started every game for the Tigers. She also ranks No. 10 in the SEC with 6.79 rebounds per game.

Reese has played as one of the top players in the country, recording a double-double every game this season. She is the only player in the SEC to average over 20 points per game (23.9 ppg) and the only player to average over 10 rebounds (14.93). She grabs more rebounds per game than any other player in the country. Reese has scored at least 20 points in 10 of the past 11 games, including a stretch of nine straight game as she was the first Tiger to accomplish that feat since Seimone Augustus during her senior season.

Morris has begun to find her footing in an updated role from last season. Needed to play the point guard position more this season, Morris has continued to score the ball (13.4 ppg) with 10 double figure games, but she has added a dangerous passing element to her game as well. Her 5.0 assists per game are tied for the third best mark in the SEC. In Sunday’s 12-assist performance, Morris turned the ball over only one time. She has the second-best assist/turnover ratio in the conference at 2.41.

Texas A&M is led by first-year coach Joni Taylor after she replaced Hall of Famer Gary Blair who retired at the end of last season. Taylor previously coached a Georgia where she spent seven seasons, leading the Bulldogs to four NCAA Tournament appearances. Taylor was named the SEC Coach of the Year in 2021

Taylor’s first Texas A&M team is young though with the second-youngest roster in the SEC. The Aggies have also battled the injury bug this year as they entered conference play with only eight available players. True freshman Janiah Barker has led the team with 12.1 points per game, but she has only played in seven contests, suffering a fractured wrist on November 30 at Kansas and she has not played since.

“She (Coach Taylor) will probably tell you that it is going to take her some time to build at (Texas) A&M what she built at Georgia,” Coach Mulkey said.

The Aggies will look to run a 3-2 zone in an attempt to slow down the game. Texas A&M averages 54.8 points per game and allows 57.2 per game. They have not won since before the holiday at SMU and have lost three in a row to Purdue, at South Carolina and against Florida.