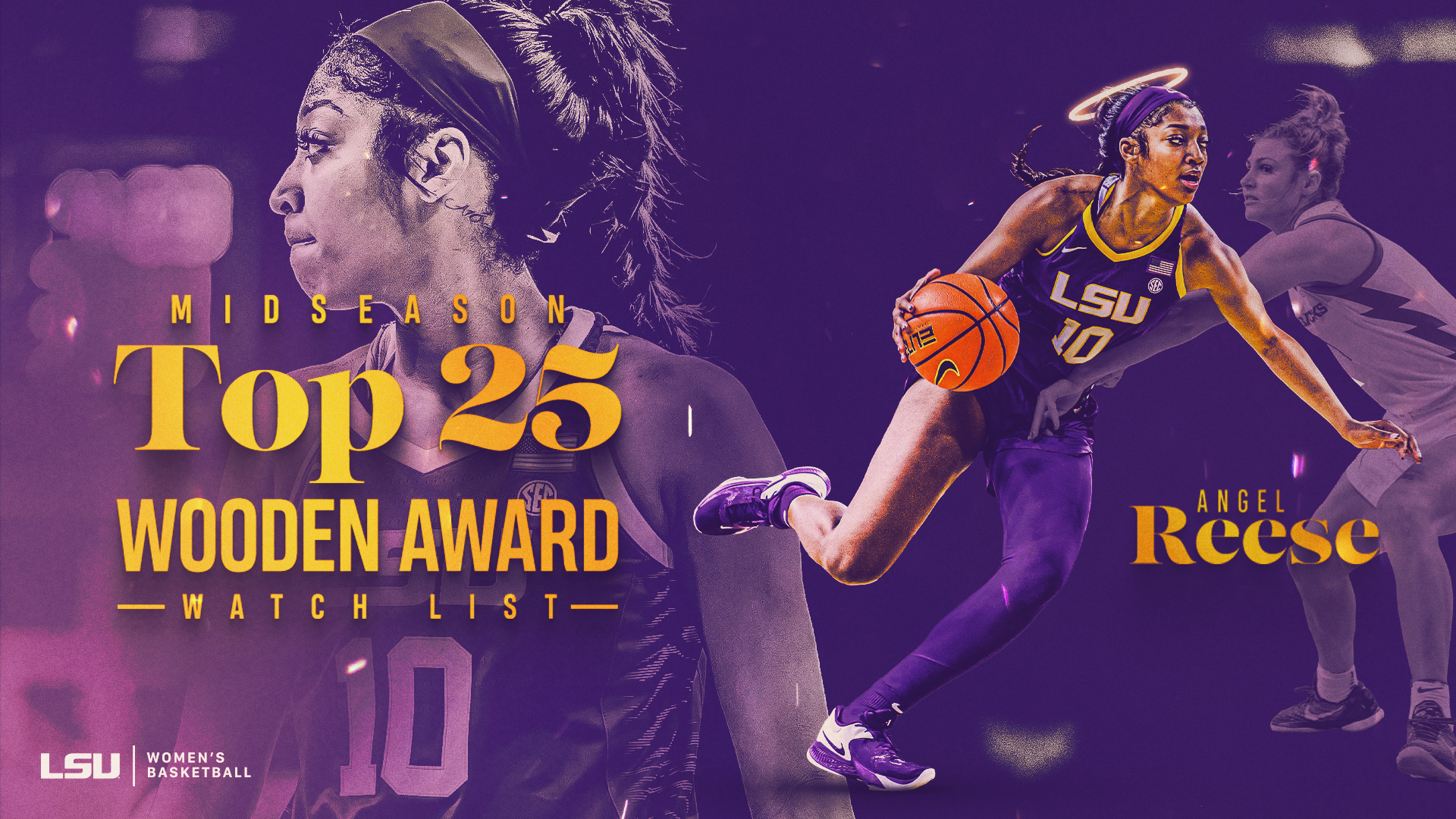 LOS ANGELES, Calif. – LSU’s Angel Reese was named on the midseason top 25 watchlist for the John R. Wooden Award Wednesday night by the Los Angeles Athletic Club on ESPN2 as one of the top players in the country.

Reese has led LSU to a 14-0 record and the Tigers face Texas A&M at home Thursday at 8 p.m. CT on the SEC Network with a chance to match the best start in program history.

Reese has scored at least 20 points in 10 of the past 11 games, including a stretch of nine straight game as she was the first Tiger to accomplish that feat since Seimone Augustus during her senior season on her way to winning her second consecutive Wooden Award.

There was a five-game stretch earlier in the season where Reese had 15+ rebounds in five consecutive games.

Reese was named ESPN’s National Player of the Week following LSU’s final week of non-conference play as she put together three dominant and historic performances.

In LSU’s win over Lamar, Reese did something that no pro or college basketball player has done in at least the past 20 years per @OptaStats on twitter. Reese is the only NBA, WNBA or Division I men’s or women’s player in the last 20 years to have at least 30+ points, 15+ rebounds, 4+ assists, 4+ steals and shoot over 80-percent in the same game.

With 30-point games against Lamar and Montana St., Reese became the first LSU player since Elaine Powell in the 1995-96 season with consecutive 30+ point games.

She also surpassed 1,000 career points against Oregon State after playing two season at Maryland before transferring to LSU for this season.

That same week, Reese won her most recent of three SEC Player of the Week honors.