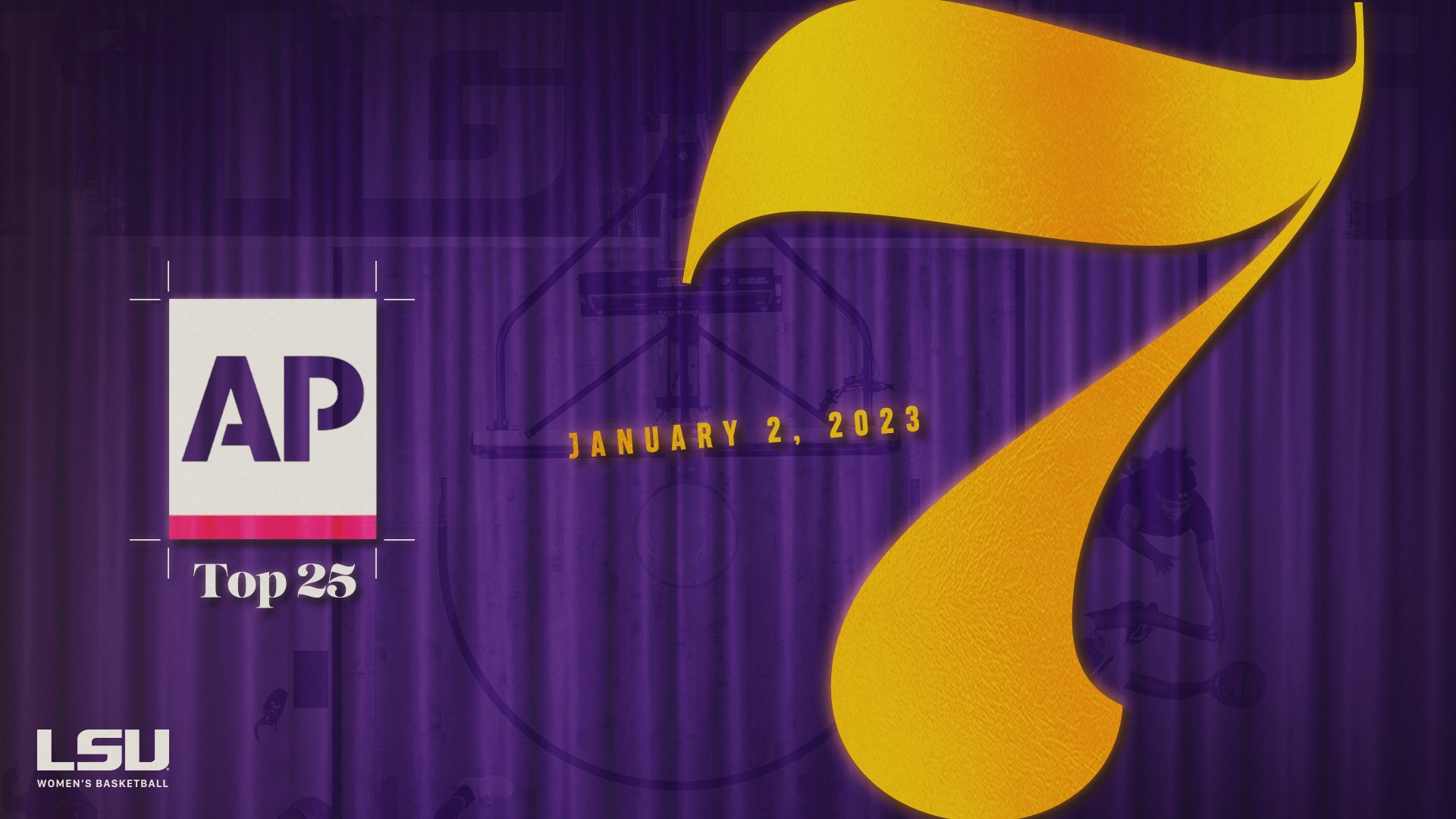 BATON ROUGE – LSU climbed two spots in Monday’s AP Poll to No. 7 following two 20+ point victories to open its SEC slate, including a 69-45 win at No. 24 Arkansas.

LSU is one of five remaining undefeated teams in the country.

Angel Reese has led the Tigers as one of the premier players in the country, recording a double-double in all 14 games this season. She ranks No. 6 in the country scoring 23.9 points per game and leads the nation with 14.9 rebounds per game. Alexis Morris has also settled into her role playing more of the point guard position, still scoring the ball effectively while adding more passing to her game. Her 5.0 assists per game ranks No. 3 in the SEC on in Sunday’s win over Vanderbilt she collected her first career double-double with 15 points and a career-high 12 assists, committing just 1 turnover.

Flau’jae Johnson has played as one of the best freshmen in the country with 11 double-digit scoring games. She had a double-double in her SEC debut with 10 points and 11 rebounds at Arkansas before scoring 20 and grabbing 8 rebounds Sunday against Vandy.

LSU is back at home on Thursday for a late-night tip against Texas A&M at 8 p.m. CT on the SEC Network before travelling to Lexington to face off against Kentucky Sunday on the road.