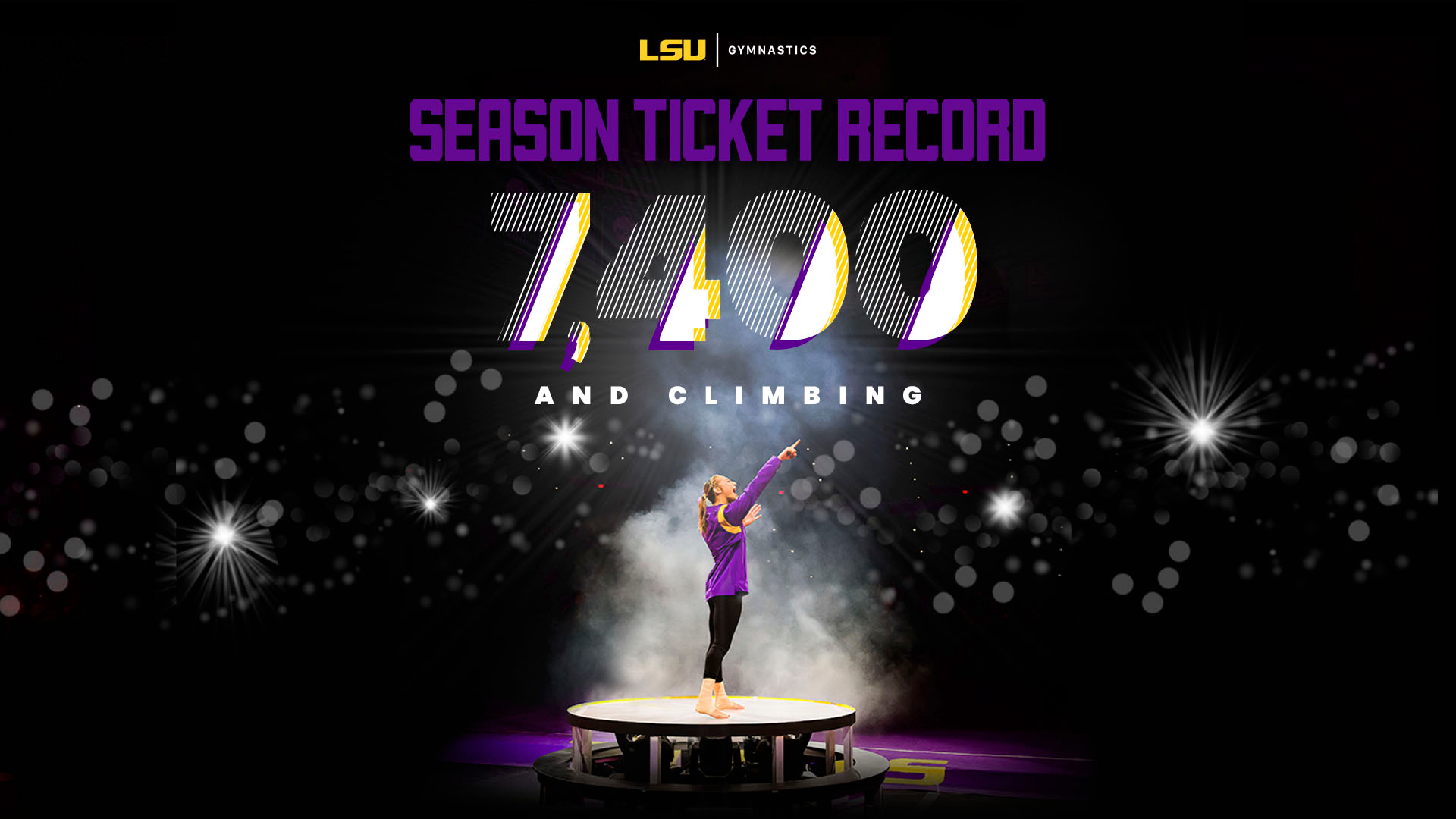 BATON ROUGE – The LSU Gymnastics program set a new season ticket record with over 7,400 tickets sold for the upcoming 2023 season.

“Once again our fans prove to be the best! We are so grateful and excited to have set another record for season tickets,” said head coach Jay Clark. “Now, we need them to show up and show out for what is one of the most exciting and challenging schedules in the nation. Geaux Tigers!”

The Tigers recorded their 300th win in the PMAC last season against Auburn on February 5 and own a record of 302-61-5 at home. In that same meet, the program also marked the second largest attendance in program history as a sold-out crowd of 13,659 fans gathered to watch the Tigers take down No. 6 Auburn.

12,838 fans also gathered for the Kentucky meet on March 4, which marked the sixth-most attended meet in school history.

The Tigers have filled the arena with more than 13,000 on five separate occasions and will look to break the attendance record in the PMAC in 2023. The LSU and Alabama meet in 2018 holds the record at 13,729.

Last season marked the fifth-straight season with an average attendance of 10,000 or better. The first time the program saw 10,000 or more fans at a meet was in 2015 against Florida and that number has continued to grow every year since.

Season tickets are still available for the upcoming season at $36 for adults and $18 for youth in the 300 level of the arena. All tickets will be emailed 24-48 hours prior to each meet.

For all ticket information visit lsutix.net.