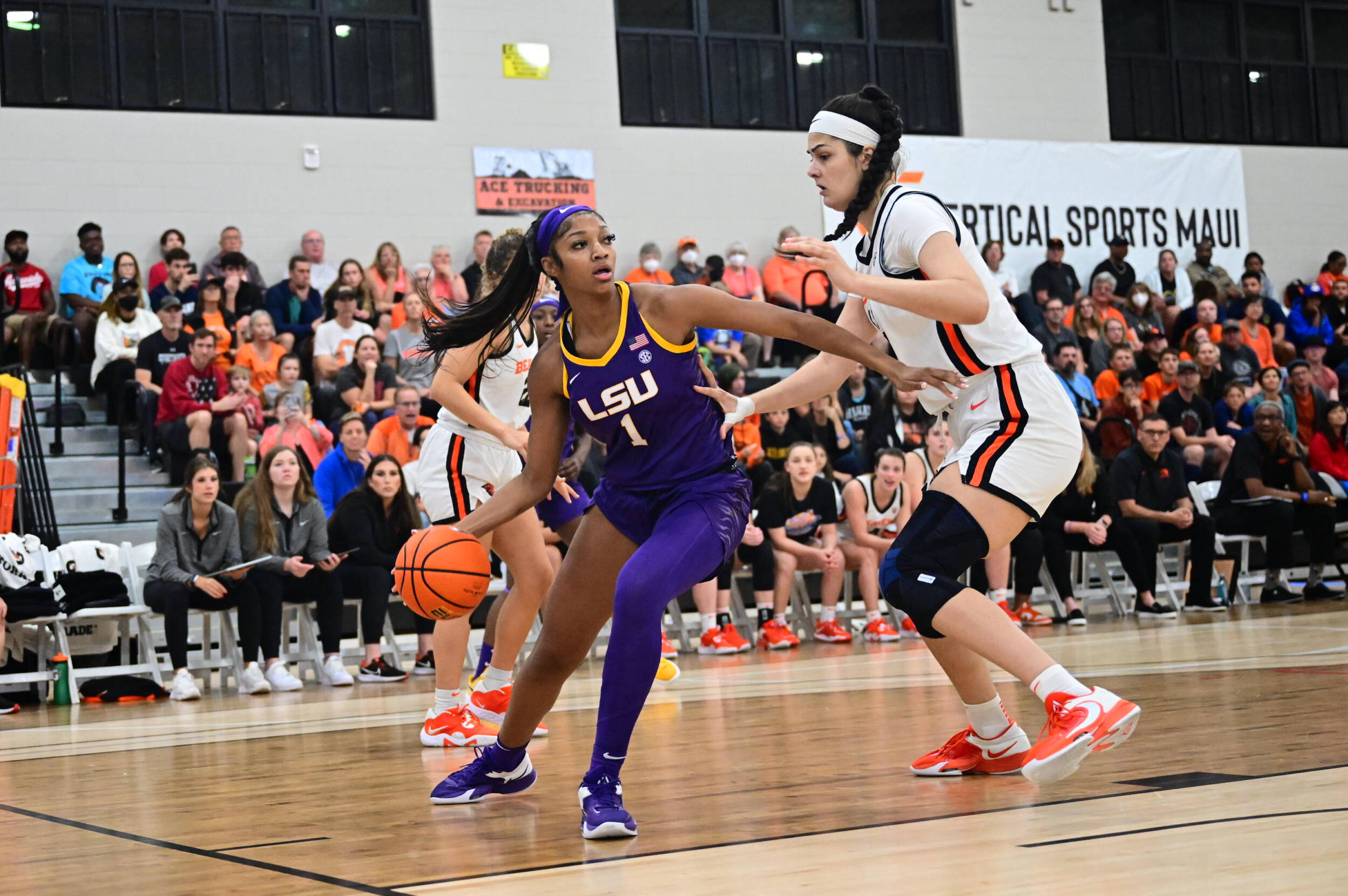 LSU is undefeated through its non-conference schedule for the first time since the 2002-03 season.

The Maryland transfer Reese finished the night with 25 points and a career-high 20 total rebounds. Reese has scored 295 of her 1,014 career points with LSU in just 13 games as a Tiger. The other 719 came from her first two seasons at Maryland.

Alexis Morris, Jasmine Carson, and LaDahzia Williams all scored in double figures in Sunday night’s 32-point victory. Morris had 18 points, 6 assists, and went a perfect 4-4 from the free throw line. Carson came off the bench to add 2 treys and 12 points total. Williams scored 10 and was second in rebounds with 7.

“We just have a confident bunch right now,” Coach Kim Mulkey said. “I wish we didn’t have to go home for the break. I wish we could go on and start some SEC play because that’s what builds a team.”

The team will travel home Sunday night as it will be off for the Holidays ahead of the conference schedule. The 12-0 Tigers will begin SEC play on Thursday, December 29th as they hit the road to face Arkansas at 6 p.m. CT on ESPN2.

After Talia Von Oelhoffen scored 41 on Saturday in Maui against Nevada, LSU held her to 14 points Sunday night. Von Oelhoffen was the Beavers leading scorer and she was followed by Raegan Beers with 11.

The Tigers shot 46-percent from the field and an went 11-12 from the foul line. The Beavers went 32-percent from field goal range and connected on 5-21 three-pointers. LSU won the rebound battle 51-30 and scored 46 of its points inside the paint. The Tigers added 23 points off turnovers and racked up 18 off fastbreaks alone.

After four minutes into the game Reese scored LSU’s first 6 points and Oregon State’s Von Oelhoffen accounted for the Beavers first 6 points. The Tigers followed with a 7-2 run and forced a media timeout with 3:47 to play in the first. Two made free throws from L. Williams gave LSU a 17-15 lead to carry into the second quarter.

LSU opened the second quarter on a 13-0 run as the Tigers held OSU scoreless through the opening four and a half minutes of the quarter. Reese needed just 11 points heading into Sunday night’s game to reach 1, 000 career points and she got there within the first four minutes of the second quarter as LSU began to take control. Oregon State went 2-9 from the field and 1-5 from deep in the second quarter. The Beavers broke a four minute scoring drought as they hit a three to score their fifth point of the quarter. Just over a minute to go before halftime Reese hauled in her tenth rebound to secure double-double number twelve of the season.

LSU outscored the Beavers 30-6 in the second quarter to give itself a 27-21 lead at halftime. Oregon State was in early foul trouble as three Beavers tallied 3 fouls halfway through the second. Reese had 17 points and 10 rebounds at the half after facing a new challenge in OSU’s 6’9” center, Jelena Mitrovic. The big second quarter gave LSU just the boost it needed to continue its momentum into the third quarter.

Oregon State opened the third quarter 3-3 from the field to score 6 points in two minutes after scoring 6 total in the previous quarter. LSU held the Beavers scoreless as they went 0-6 from the field over three minutes through the middle of the third. With four and a half to play in the quarter LSU called a timeout to regroup as three Tigers were called for personal fouls all within a minute. Following the timeout LSU went on a 8-0 run after a pair of costly OSU turnovers resulted in coast to coast buckets from LaDahzia Williams and Reese. Carson gave LSU a comfortable 31-point lead to head into the final quarter as she hit a step-back corner three at the buzzer.

LSU kept its foot on the gas as it opened the fourth quarter on a 12-0 run and held OSU to 0-9 from the field through the first five minutes of the quarter. Reese broke her career high 19 rebounds with over a minute to play in regulation as she tallied her 20th board of the night. LSU outscored OSU 16-15 in the fourth quarter and ended the night with a 32-point win.