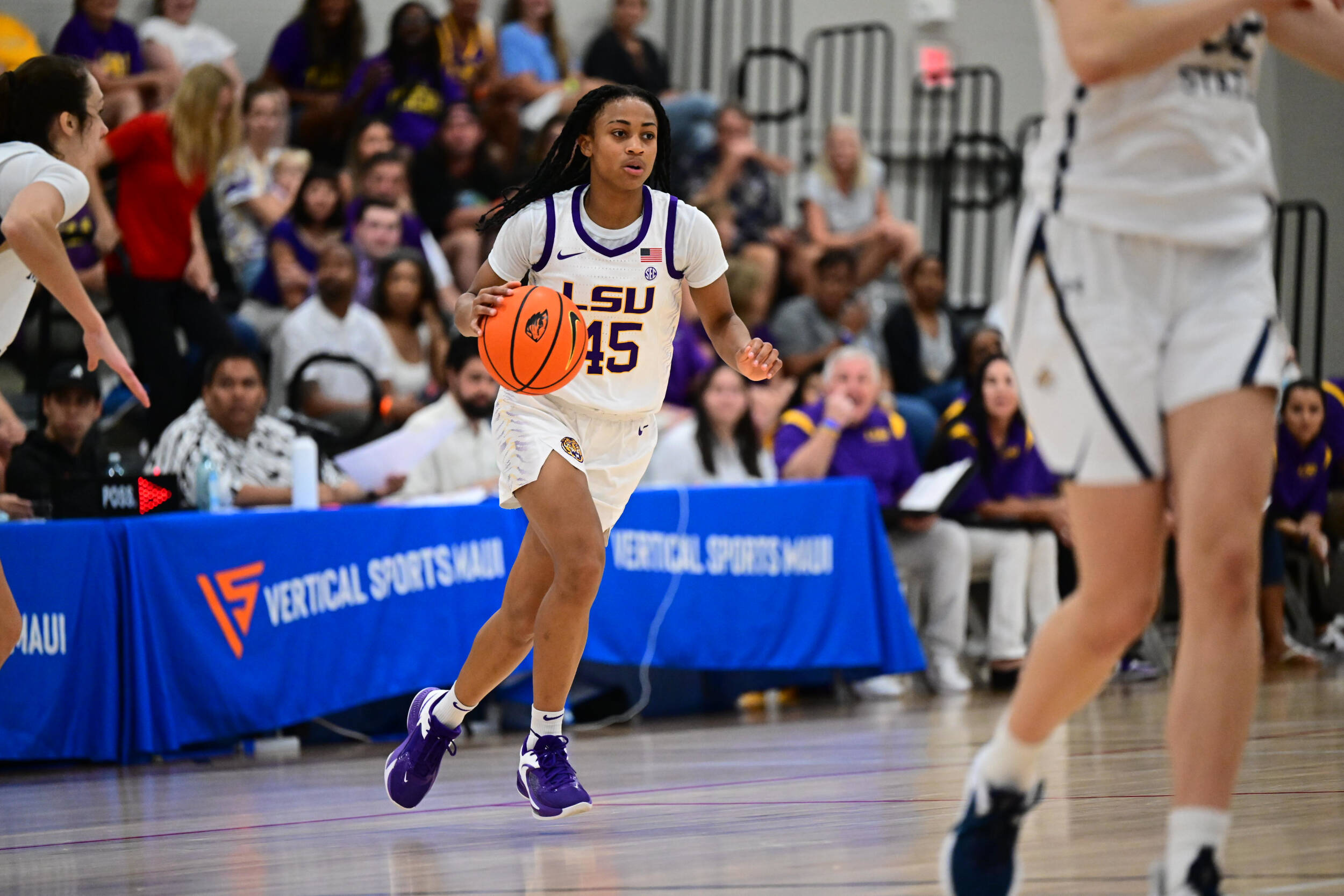 MAUI, Hawaii — Alexis Morris went over 1,000 career points and Angel Reese scored at least 30 for the second game in a row as LSU took down Montana State, 91-52, Saturday night in the South Maui Gymnasium at the Maui Classic.

Reese led the team in points and rebounds as she tallied 30 points and brought down 12 boards total. Reese was 10-16 from the field and went 10-12 from the free throw line.

Morris finished the night with 14 points through 27 minutes of action. Flau’jae Johnson was the third Tiger to score in double figures adding 12 points and 5 rebounds.

Up Next LSU will take on Oregon State in its second and final game of the Maui Classic Sunday at 10 p.m. CT (6 p.m. local Hawaii time). The game will be free to watch here. You can also follow the game on the LSU Sports Radio Network, 107.3 in Baton Rouge. Coach Mulkey enters the game looking for her first win over Oregon State in what will be her third matchup vs. the Beavers.

Montana State was led by Grace Beasley who scored 15 points and was the only Bobcat to score in double digits. Beasley went 3-4 from behind the arc, picked up 3 steals, and had 3 assists.

The Tigers opened the night with an 8-0 run as Montana State went 0-5 from the field to start the game. Halfway through the first quarter Reese totaled 11 of LSU’s 15 points and tallied 6 rebounds early on. The Tigers ended the first quarter up 24-18, despite having a ten point lead just over two minutes into the game.

LSU continued to battle in the post as Montana State was called for five fouls through five minutes of the second quarter. Johnson extended the Tigers’ lead past 10 for the first time, 35-23, as she made her free throw after getting fouled on a pull up mid range jumper to complete the three-point play. LSU forced the Bobcats into a three minute scoring drought as it went on a 10-0 run late into the second quarter, capped off by a three by Morris. Poole and Carson scored on layups in the final minute of the half and LSU took a 48-30 lead into the break.

Reese secured her 11th double-double of the season as she racked up 22 points and hauled in 10 rebounds all by halftime. Reese was met with contact in the paint and went 8-10 from the foul line in the first half.

The Tigers outrebounded the Bobcats 23-7 after two quarters. Montana State was only able to bring down one offensive rebound compared to LSU’s 9. The Bobcat bench made an impact as it accounted for 20 of the teams’ 30 first half points.

Early in the third quarter, Morris scored her 1000th career point as she pulled up for a deep three late in the shot clock. Johnson reached double figures on her second three-point play of the game after a tough finish underneath the rim. The Tigers headed into the final quarter with a comfortable 71-42 lead.