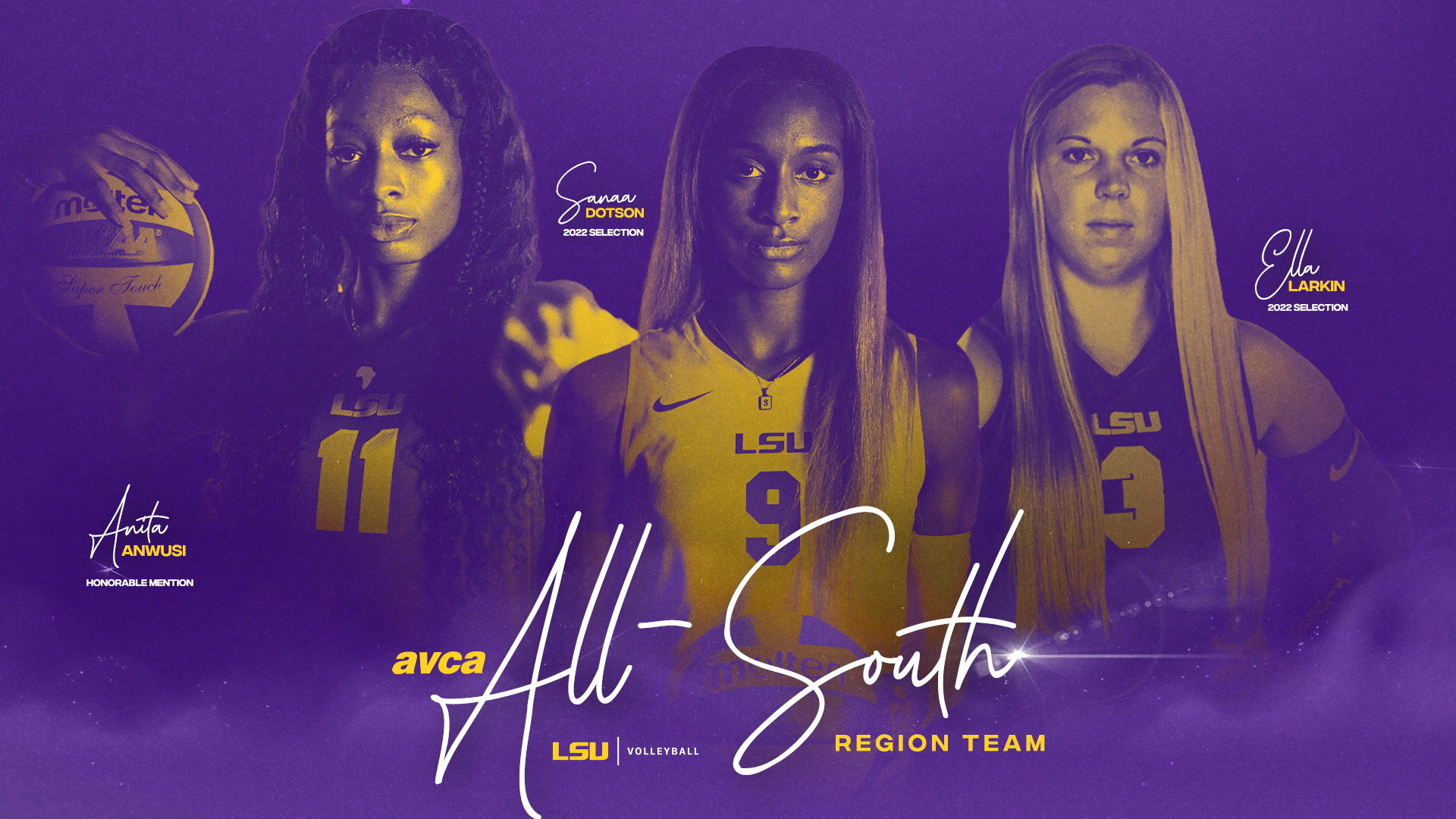 Dotson led the Tigers with 3.66 kills per set (436 total) and 25 aces to go along with 49 total blocks and 2.25 digs per set. Dotson logged nine double-doubles and landed 20 or more kills in five matches this season. The Houston, Texas native earned her first career SEC weekly award as the Offensive Player of the Week (Sept. 19) when she led Tigers with 5.00 kills per set (30 total) and averaged a .324 hitting percentage in back-to-back sweeps over Oregon State and Tulane at the Tulane Invitational in New Orleans.

Larkin concluded the 2022 season as the SEC leader with 4.34 digs per set and 516 total digs. She also added 15 aces on the year. Larkin’s 516 total digs ranks No. 5 in the program’s record book for the most digs in a single season along with Elena Martinez (2008) and Luciana Reis (1993). The Maize, Kan. native tallied four 30-dig performances this season including a career-high 34 digs against Rice (Aug. 27). Larkin was the SEC Co-Defensive Player of the Week Oct. 24 after averaging 6.00 digs per set and held Alabama and South Carolina to a combined .129 hitting percentage.

Anwusi led the Tigers with 1.14 blocks per set (136 total) and contributed 1.86 kills per set (221 total) behind a .289 hitting percentage in 2022. She now has over 500 career kills and 300 career blocks. Anwusi logged nine double-digit kill performances, including a 13-kill match that featured a career-high .643 hitting percentage against Ole Miss on Sept. 30. The Houston, Texas native also logged a season-high eight blocks twice this season against Mississippi State (Oct. 29) and Alabama (Oct. 19).

The 2022 season was a historic one for the LSU Volleyball program as they claimed its first winning season since 2019, made its 16th NCAA Tournament appearance and first since 2017, and picked up its first NCAA Tournament win since 2014 – all under first-year head coach and LSU Alumna, Tonya Johnson.