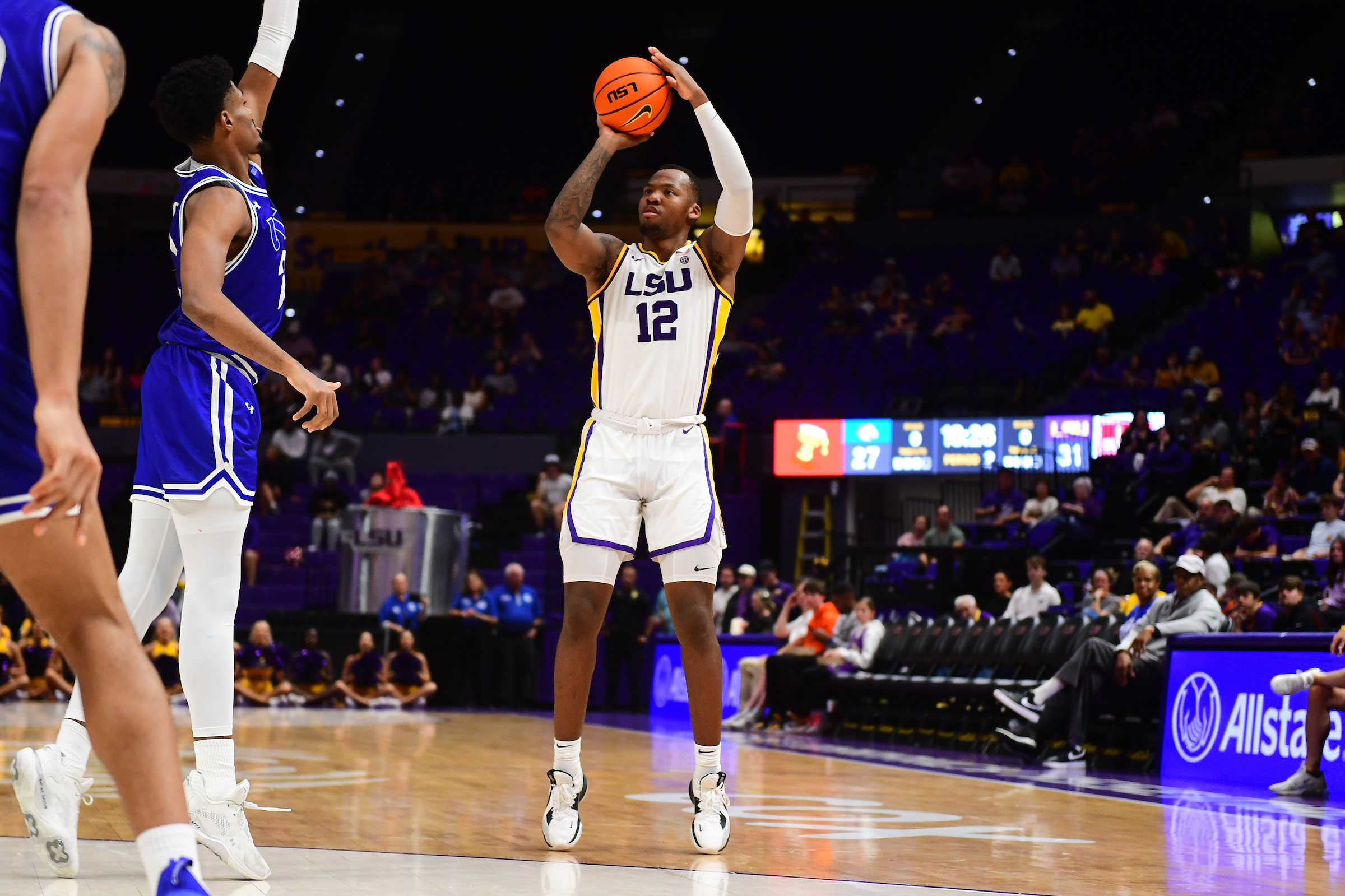 BATON ROUGE – For the second straight game when it came winning time, the LSU Tigers responded and walked away with a 63-59 decision over UT Arlington Friday night at the Pete Maravich Assembly Center.

LSU is now 7-1 on the season entering the final exam break which begins on Monday on the LSU campus. UT Arlington is now 4-5 on the year.

The Tigers, who led by nine on two occasions (the last with 13 minutes to play), would allow the Mavericks to come back and take a 52-48 lead on a Marion Humphrey bucket with 6:49 to go in the game.

But like Sunday when LSU rallied from five down in the final 4:30 of the win over Wofford, the Tigers began to rally and took the lead back.

KJ Williams took a pass from Trae Hannibal at the top of the key and scored a trey to cut the UTA lead to 52-51. Hannibal would make one free throw to tie the game at 52-52 with 4:30 to play. The teams exchanged buckets (with Hannibal getting the bucket) to lead the game tied at 54 with 3:51 to play.

Hannibal missed a shot the next time down after a UTA turnover, but he got his own rebound and was fouled to give LSU the lead for good at 56-54.

The Murray State transfer blocked a three-point attempt on the other end and Derek Fountain took advantage of an offensive board on the LSU end to make it 58-54 and after another Maverick miss, Hannibal found Adam Miller for a dagger three that made it 61-54. A free throw made it 62-54 with 39 seconds to play.

LSU out rebounded the Mavericks, 40-36 but UTA had 34 points in the paint to 20 for LSU, while the Tigers were able to et 11 points off the nine UTA turnovers, while UTA had just seven against the 13 LSU turnovers. The Mavericks had a 20-10 advantage in second chance points.

The Tigers return to action after finals on Saturday, Dec. 10 at the Holiday Hoopsgiving event in Atlanta. LSU will take on Wake Forest in a 1 p.m. CT game. The Tigers will next play in the Maravich Center on Dec. 13.