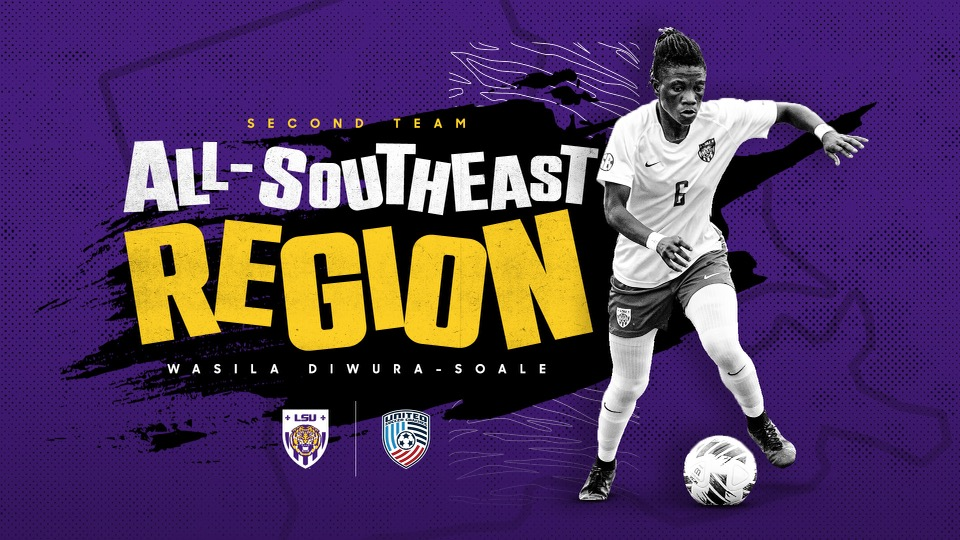 The graduate student from Accra, Ghana, started in 20 and appeared in all 21 matches for the Tigers this season.

Diwura-Soale recorded four goals in her final season at LSU. Her goals came against Princeton, Ole Miss and Florida State.

The graduate student held down the midfield and was a force on both sides of the ball. She tallied 12 shots in her 1,616 minutes on the pitch.