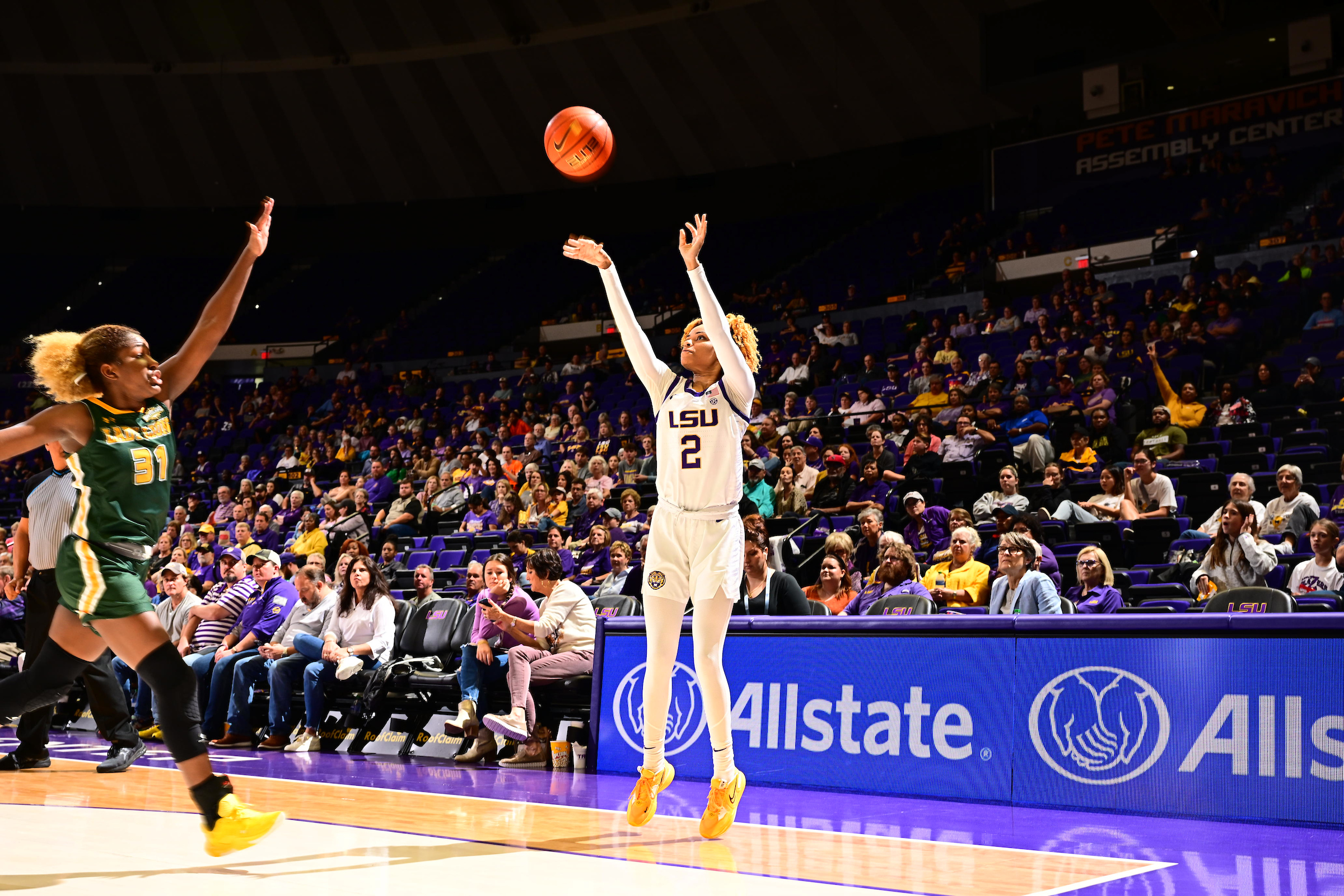 SEC player of the week, Angel Reese, led the team with 25 points and 11 rebounds as she picked up her eighth double-double of the season in as many games. Jasmine Carson recorded her second consecutive double-double with 16 points and 10 rebounds.

The Tigers will play in their first true road game of the season on Sunday at 4 p.m. CT when they take on Tulane in New Orleans.

Baton Rouge native, Alexius Horne, led the Southeastern with a game-high 28 points in the return to her hometown. Horne accounted for 11 of the 23 made field goals and was the only Lady Tiger to score in double figures. She also grabbed a team-high 7 rebound.

“I knew Southeastern would come in here and play like that,” Coach Mulkey said. “I knew she (Ayla Guzzardo) coaches her butt off. I knew that to those players it meant something to play LSU. I grew up in this state, but I only have two in that locker room that understand that and are from the state of Louisiana.”

LSU fell behind for the first time this season as SLU jumped out to an 8-0 lead early on. With four minutes remaining in the first, LSU got within one as Reese scored five straight points. Horne had 10 points in the opening quarter as SLU went into the second with an 18-15 lead.

Carson opened up the second quarter with a quick corner three to tie things up and just under a minute later Alexis Morris also hit a three to give the Tigers their first lead of the night. Both teams went scoreless for two minutes throughout the middle of the quarter, but Kateri Poole broke the silence with a tough three-point play as she was fouled on the drive in. LSU ended the quarter on a 10-4 run to extend its lead to 11 before the half, 37-26.

After an early free throw by SLU, the Tigers responded with a 9-0 run early in the third quarter. The run included five points from Carson and four from Morris to put the Tigers ahead by 19 with just under seven minutes to play. After LSU forced an SLU timeout the Lady Lions went on their longest run of the game (13-0) to cut the LSU lead to 8. The Tigers headed into the final quarter with a 51-43 lead.

Thirty seconds into the final quarter Reese tallied her tenth rebound and secured her eighth double-double through eight games at LSU. Southeastern cut the Tiger lead to four with 5:21 remaining. LSU scored seven unanswered points of its own late in the quarter to extend its cushion, allowing the Tigers to remain undefeated.