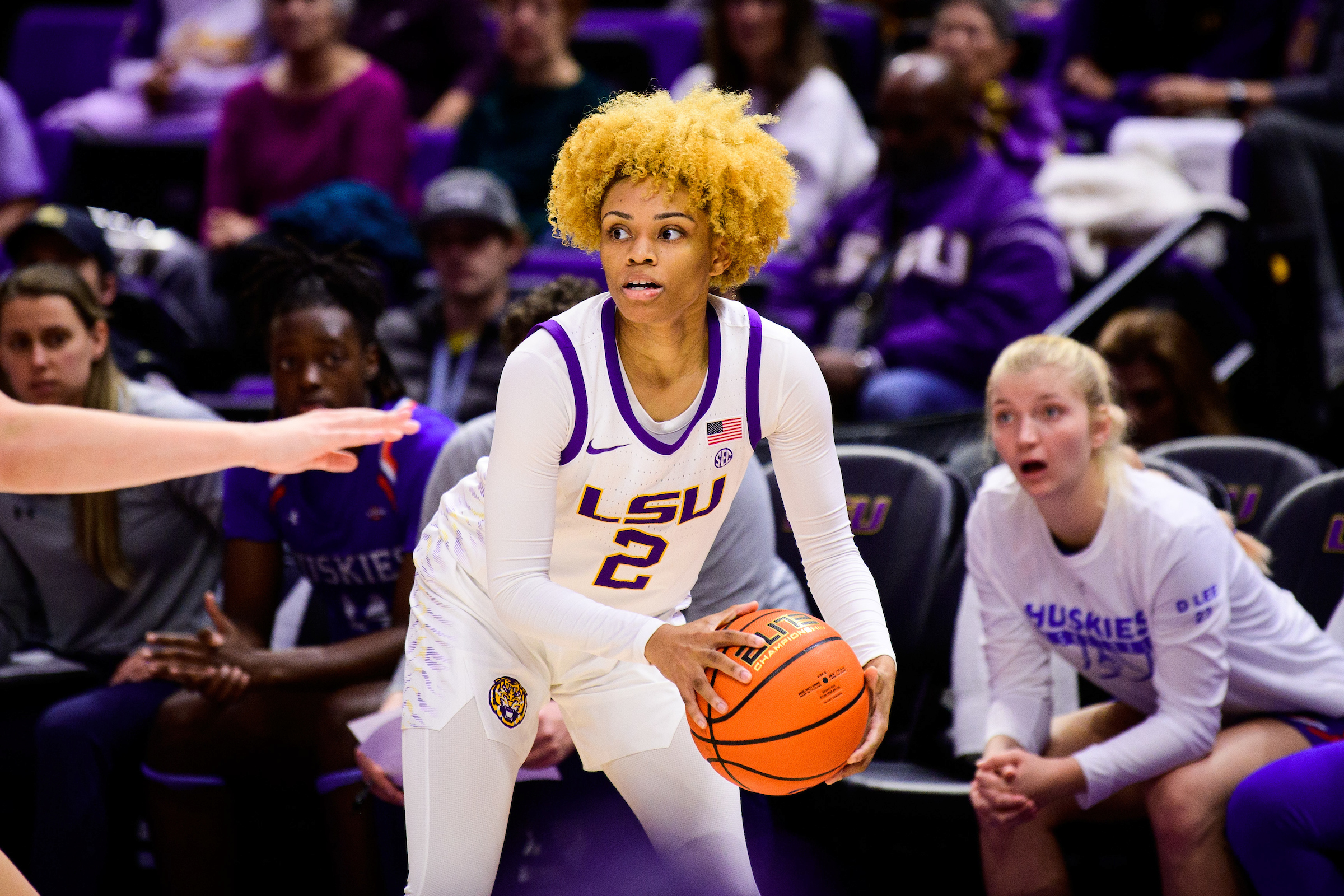 BIMINI, Bahamas — Jasmine Carson, Flau’jae Johnson and Angel Reese recorded double-doubles as No. 12 LSU closed out its trip to the Bahamas on Saturday with a 99-64 win over UAB at Gateway Christian Academy.

The 7-0 Tigers will be back in the PMAC on Tuesday at 7:00 p.m. CT as they take on the Lions of Southeastern Louisiana.

Alexis Morris scored a season high 19 points as she found success after half time with 13 points in the last two quarters. Sa’Myah Smith was the fifth Tiger to score in double figures as she added 11 in Sunday’s win, also hauling in 7 rebounds.

The Blazers were led by Denim Deshields and Desiree Ware with 14 and 12 points, respectively. UAB entered the game averaging 10.8 three-pointers made per game, but the Tigers limited the Blazers to just 4 makes from downtown.

Reese opened up the game with six straight unanswered points to take a 6-0 lead through the first two minutes. UAB responded with a pair of threes to make it 13-10 LSU, this was the smallest lead of the game for the Tigers. A 12-4 Tiger run extended the LSU lead as Reese tallied 12 points through seven minutes of play. LSU shot 77-percent from the field and led the Blazers by 10 after the first quarter, 27-17.

The Blazers could not stop Reese as she dominated the post and added five more points in the first two minutes of the 2nd quarter. A 14-2 run through the middle of the quarter gave LSU a 21-point lead with three minutes to play before the half. Morris ended the half on a made free throw as she was fouled on her first three of the game. The Tigers headed into the half with a 48-29 lead.

In the first half LSU’s guards were swallowing rebounds as Carson had a career-high 8 rebounds in the opening half alone and Johnson grabbed 9, one shy of her career-high. Reese led the team with 17 points as she went 80-percent from the field before the half.

Morris scored 8 more points as the Tigers held strong and extended their lead through the last quarter. The Tigers were just one point short of the century mark in what would have been the teams’ sixth 100 point game of the season.

LSU shot an impressive 43 field goals as they went 62-percent from the field compared to UAB’s 36-percent. Both teams were held to just 4 three pointers. The Tigers out-rebounded the Blazers 54-21, 40 of LSU’s rebounds came off the defensive glass.