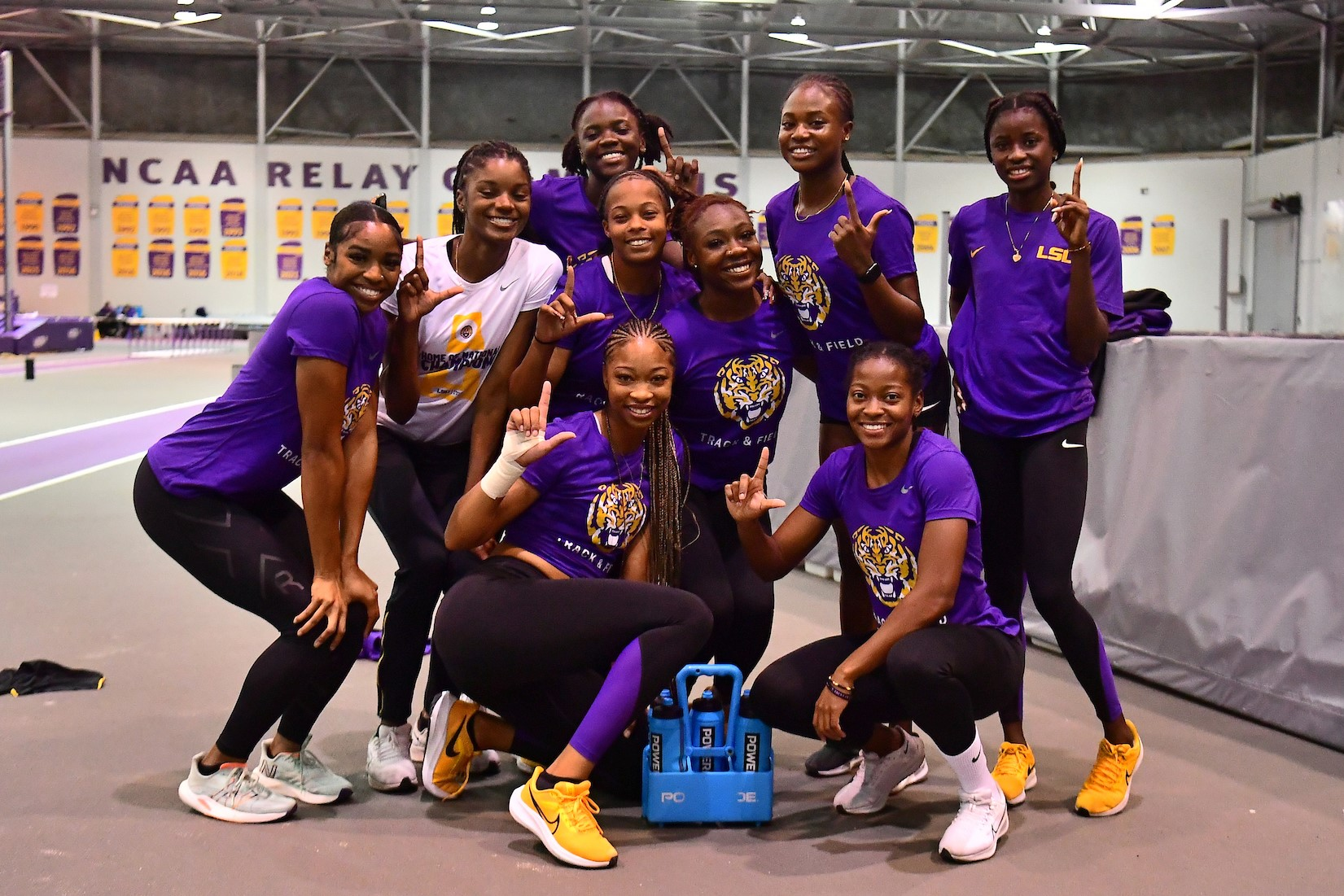 The annual event is held the Tuesday before Thanksgiving every year to measure how much athletes have improved throughout fall training. It consists of five events where designated point totals are assigned for registering certain marks.

Bellamy was the women’s individual event winner in the standing triple jump with a leap of 8.42 meters.

Prentice’s throw of 13.90 meters in the overhead backward shot tied the LSU women’s Thanksgiving Pentathlon pole vaulters’ record, which was first set by Lisa Gunnarsson in 2021.

The sprint/hurdle group of Oghenebrume, Da’Marcus Fleming (353 points) and Sean Burrell (337 points) won the men’s team title with a total of 1,092 points, outdistancing the jumpers (1,086 points) and the throwers (997 points).

Hicklin and Edwards placed second and third, respectively, behind Oghenebrume in the overall men’s standings.