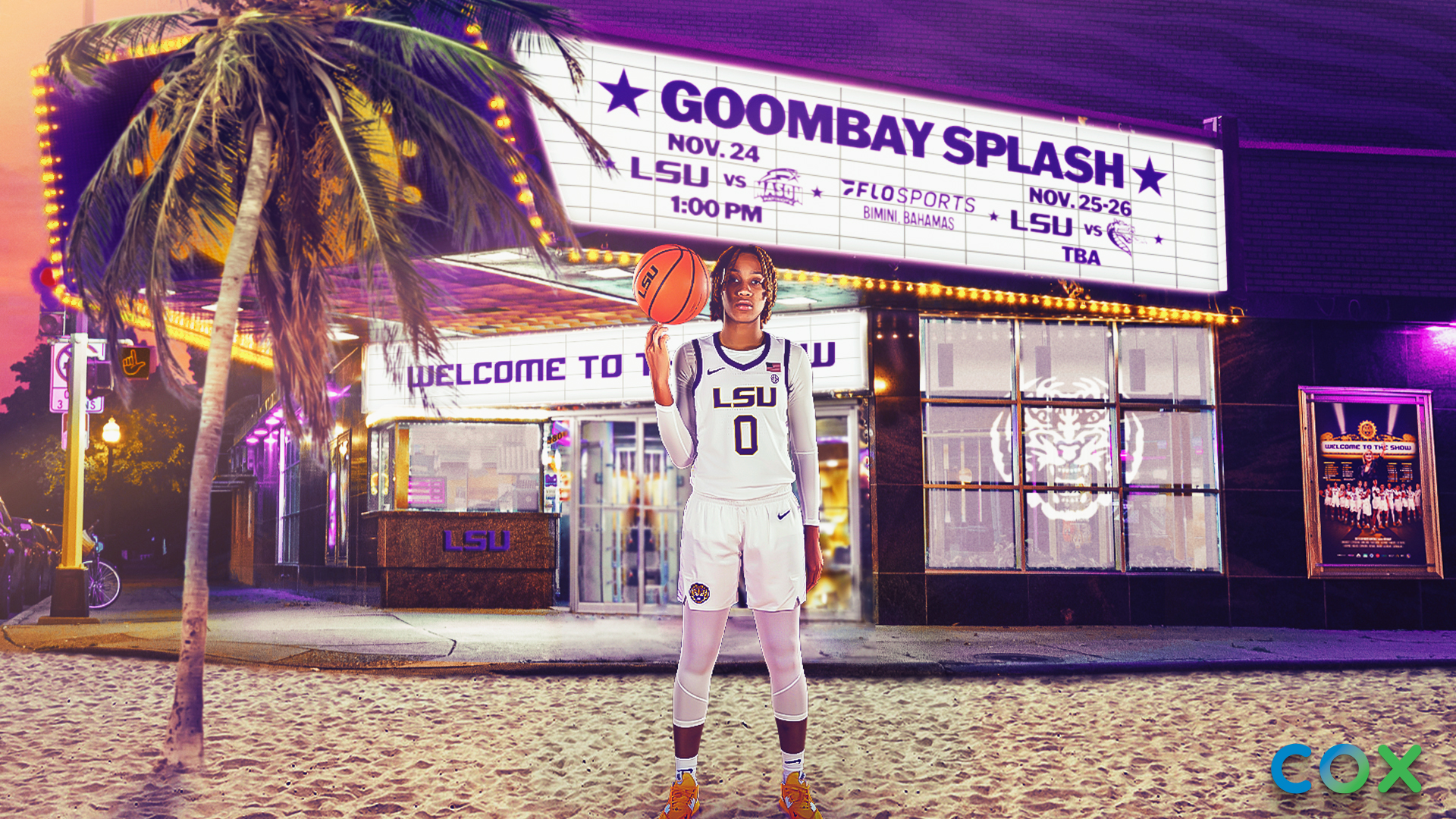 BIMINI, Bahamas – No. 12 LSU is playing away from the PMAC for the first time this season as it is set to take on George Mason and UAB in Bimini at the Goombay Splash throughout Thanksgiving Week.

“You don’t have your fans cheering for you,” Coach Kim Mulkey said of playing away from home. “You’re not on your court. You’re not sleeping in your bed. We’re going to try to stay focused. It’s this time of the year you see upsets; you saw multiple (over the weekend).”

LSU will face George Mason on Thanksgiving Day at 1 p.m. CT and with a win would face UAB Saturday at 1 p.m. A loss to George Mason would set LSU’s game against UAB at 1 p.m. on Friday instead. The games can be streamed on FloHoops and fans can also listen to Patrick Wright on the LSU Sports Radio Network, 107.3 FM in Baton Rouge.

The Tigers received a warm welcome to Bimini when they arrived Tuesday afternoon. They got in a practice Wednesday morning at Gateway Christian Academy in the gym where the Goombay Splash is held.

LSU has scored 100+ points in each of its first five games, one shy of what is believed to be the NCAA DI record for consecutive 100+ point games. The 1981-82 Louisiana Tech team that Kim Mulkey played for is the team that accomplished that feat in six straight games during the first season women’s basketball was sponsored by the NCAA. Mulkey and the Lady Techsters went on to win the first ever women’s NCAA Championship later that season.

Freshman guard Flau’jae Johnson earned her second consecutive SEC Freshman of the Week honor on Tuesday. She has scored in double figures every game this season and recorded her first career double-double on Sunday with 27 points and 10 rebounds while adding 6 steals and 5 assists.

Transfer forward Angel Reese has recorded a double-double every game this season and has had 15+ rebounds in each of the past four games. On Sunday she had 23 points and a career-high 19 rebounds, 10 of which were on the offensive glass. She is averaging 23.2 points and 15.6 rebounds through five games.

The Patriots are 3-3 on the season and are averaging 59.8 points per game and surrendering 59.5 points per game. UAB in 3-0, coming off an overtime win at Valparaiso Monday. LSU leads the country in field goal percentage defense, holding opposing teams to 24.1-percent shootings, but UAB sits at No. 2 in the NCAA at 39.3-percent.