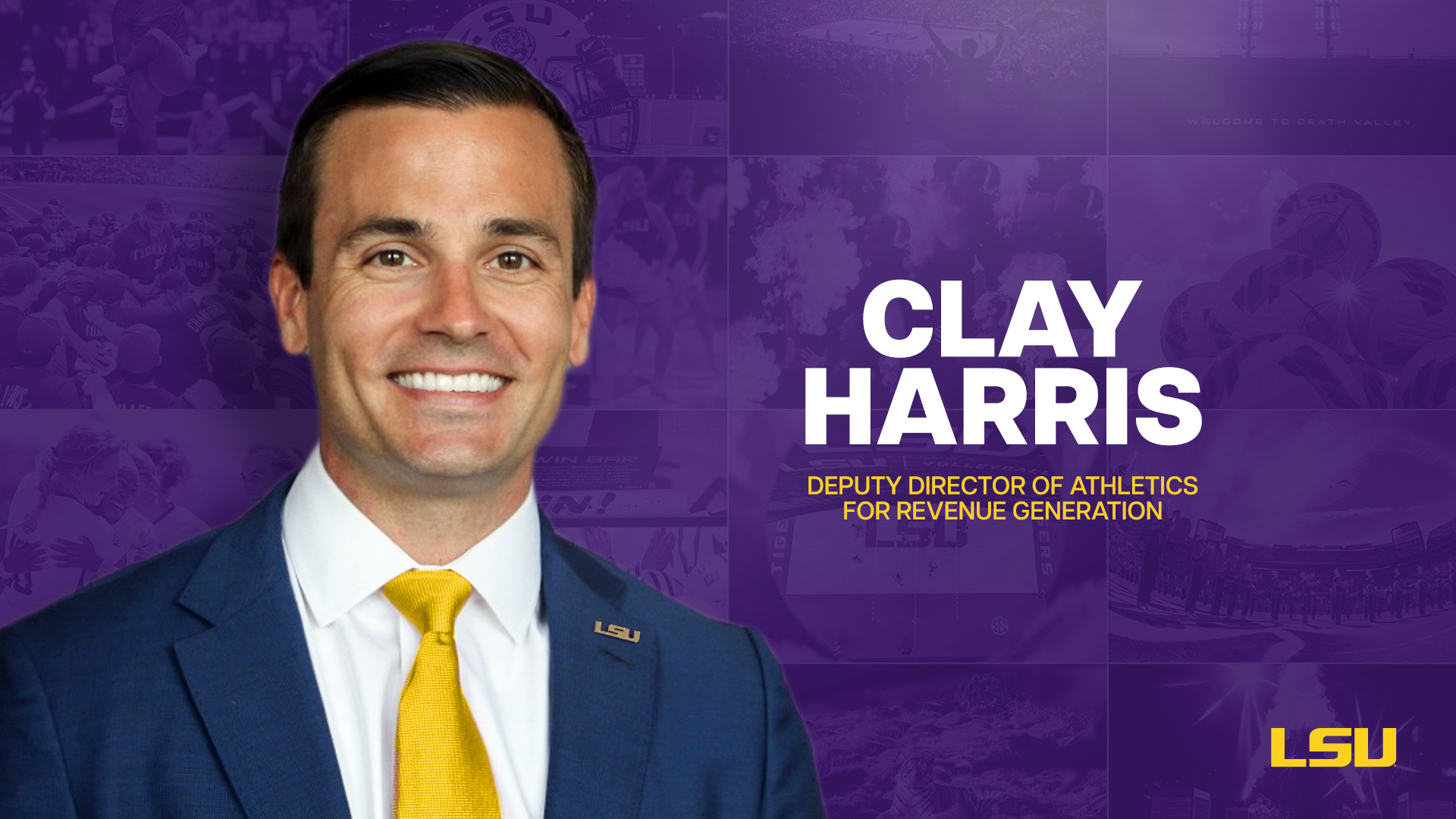 Amongst other revenue generating responsibilities and supervision, Harris will have oversight of LSU Athletics’ multimedia rights division – including the development and management of corporate partnerships and event promotions – while assisting with collaborative Name, Image, and Likeness opportunities between LSU’s student-athletes and corporate partners.

“Clay is an established leader and accomplished revenue generator in the collegiate sports industry, and we are thrilled to welcome him back to Baton Rouge,” Woodward said. “His commitment to excellence, innovation, and strategic planning will further empower us to provide our student-athletes with everything they need to compete at the highest levels and maximize their opportunities at LSU.”

“It’s a dream come true to return home and join one of the most elite athletics departments in the country,” Harris said. “LSU’s coaches, staff, and student-athletes continually raise the standard of excellence in all they do. I am grateful for the opportunity and eager to do my part in supporting their efforts and contributing to the continued growth, alignment, and success of LSU Athletics.”

A native of Baton Rouge, Harris attended Southeastern Louisiana University and LSU, earning an MBA and a Master’s in Sport Management.