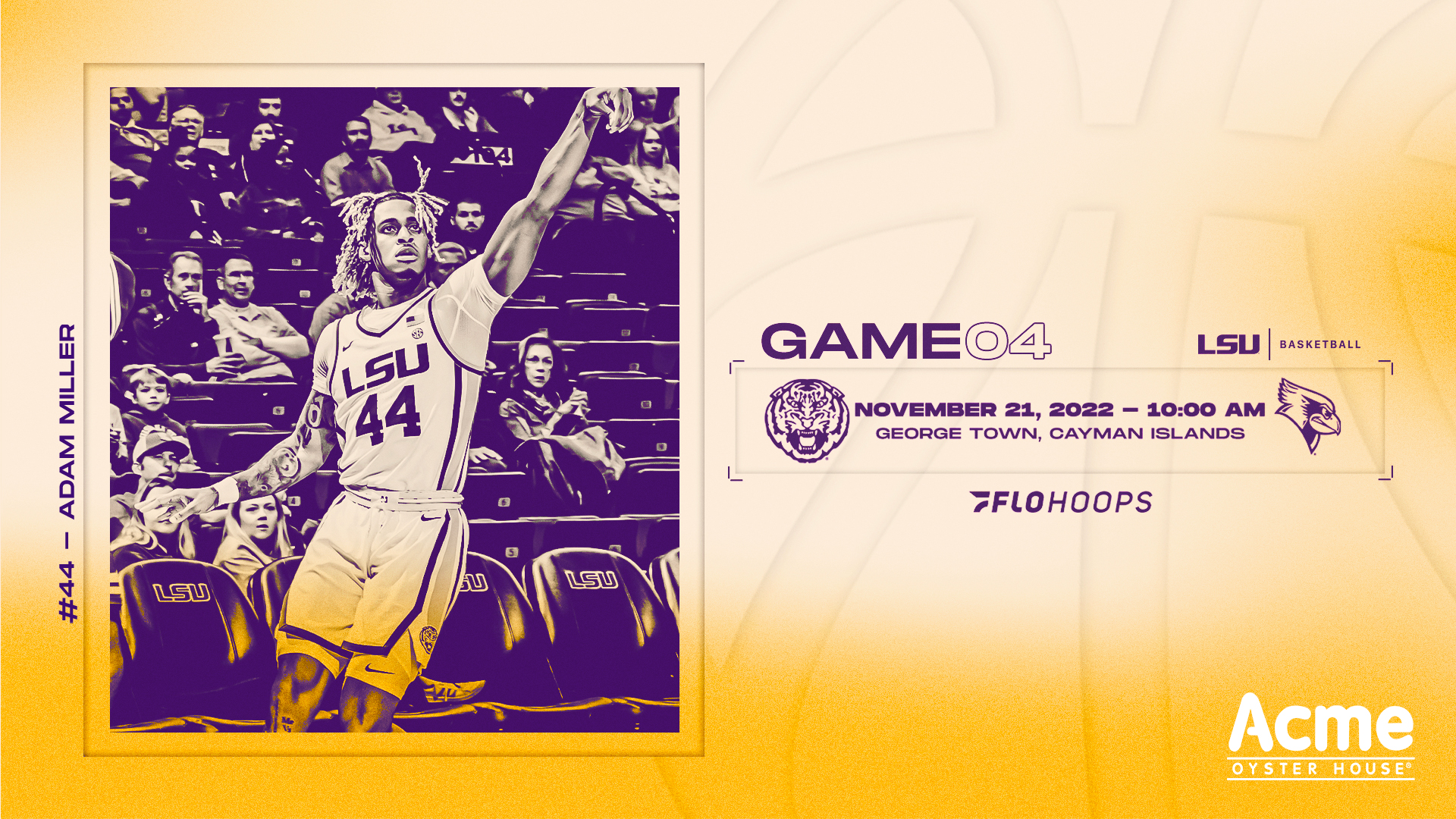 GEORGE TOWN, GRAND CAYMAN – The LSU men’s basketball team had a 90-minute practice on Sunday mid-morning and put the final pieces in place for three days of college basketball at the 2022 Cayman Islands Classic.

The Tigers begin play at John Gray Gymnasium in the capital city of the Cayman Islands at 10 a.m. Central Time against Illinois State University. It will be the first of four opening round games as Akron will face Western Kentucky, Nevada meets Tulane and Rhode Island and Kansas State will meet in the nightcap.

The LSU games will be broadcast on the LSU Sports Radio Network with the Voice of the Tigers Chris Blair joining former LSU head coach John Brady on the broadcast (Guaranty Media affiliate Eagle 98.1 FM in Baton Rouge). All of the games will be streamed on FloHoops with Scott Warmann and Jess Settles on the call.

This is the fourth time this event has been held here, but the first since 2019 because of the pandemic.

LSU is 3-0 on the young season, the first under new head Coach Matt McMahon, while Illinois State is 2-2 under Ryan Pedon who is also in his first year as a head coach.

The Tigers are coming off 91-62 win over the University of New Orleans on Thursday night in Baton Rouge when LSU put the game away fairly early with a strong defensive effort that held the Privateers to just three points over some seven minutes and an equally strong response on the offensive end.

“We are excited about the opportunity to be in the Cayman Islands,” Coach McMahon said on Sunday after returning from the practice session. “Our only concern is going 1-0 on Monday against this Illinois State team. I would really like to see us build on what took place against New Orleans the other night. I thought we were a much more connected team. I loved our energy. I loved our unselfishness. I loved our effort on the defensive end of the floor. So, we want to take another big step forward in those areas on Monday morning.”

On a night when 12 players scored against the Privateers it was two bench players that led the way with Mississippi State transfer Derek Fountain getting 15 points, eight rebounds and seven steals. Cam Hayes, the transfer from NC State added 13 points and Justice “Juice” Hill had 12 points and five assists.

Kendal Lewis through four games is averaging a double double with 16.0 points and 12.0 rebounds. Also scoring in double figures was Seneca Knight, a New Orleans native, at 10.8 points a game. Knight did not play, but was on the LSU practice squad for a semester in the 2021 season. He played last season for BYU.

This will be the first meeting between the two teams.

LSU will be looking to have success in a multi-team event for the second straight season after winning the title in the Emerald Coast Classic in Niceville, Florida, with wins over Penn State in overtime and Wake Forest.