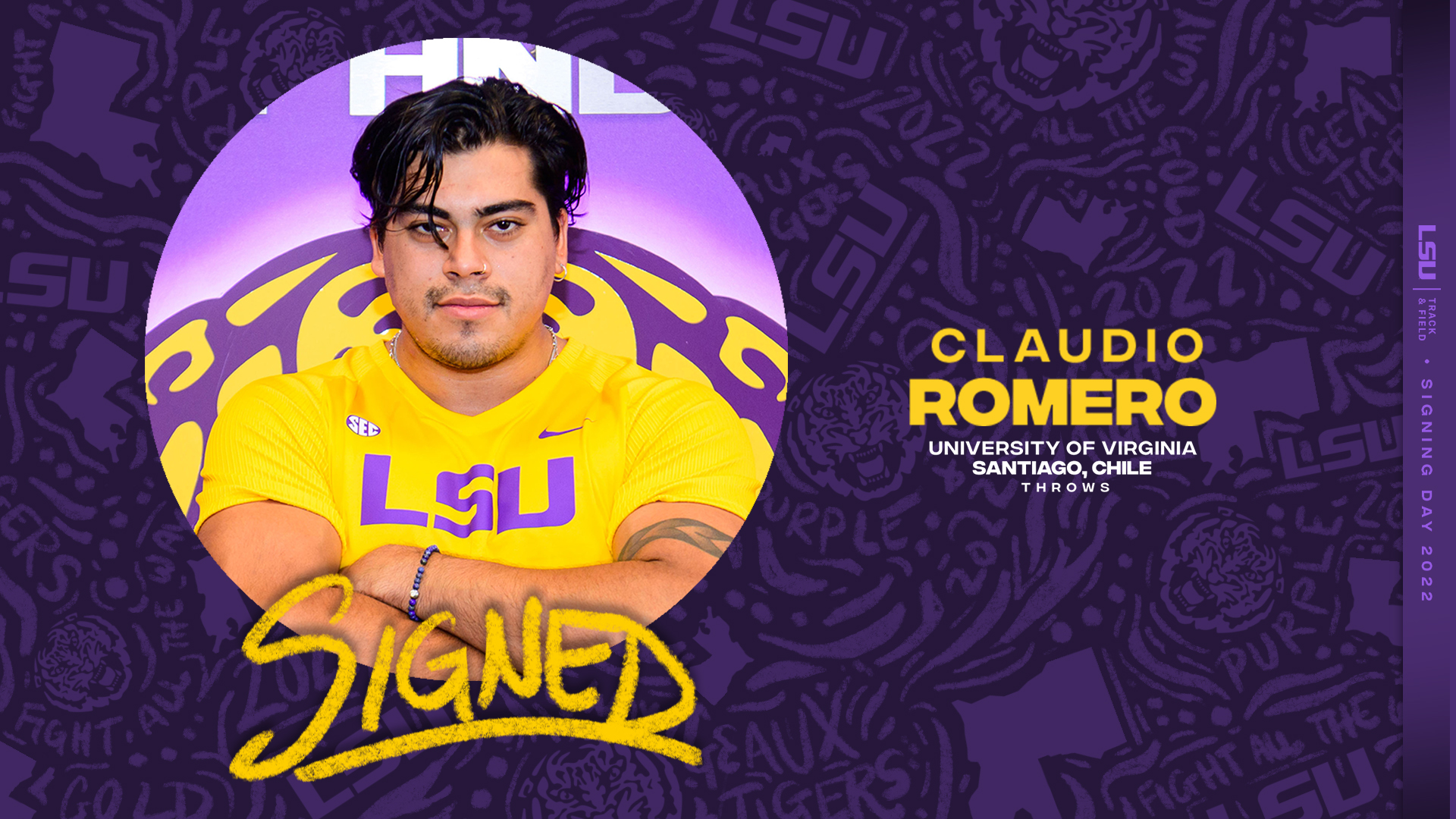 Romero, also a two-time Atlantic Coast Conference discus champion, will begin competing for the Tigers this spring, when he will seek his second straight NCAA title.

“(LSU throws coach) Andy Kokhanovsky was very instrumental in landing Claudio, the returning NCAA discus champion, to wear the LSU jersey,” Shaver said. “He is also going to help our team by competing in the shot put.”

Romero, a native of Santiago, Chile, won the 2022 NCAA discus title with a mark of 217’1”, earning All-America honors for the second time in his career at Virginia.

He also won the discus title at the 2022 Penn Relays, setting a meet record with an effort measuring 219’ 10”.

Romero was voted the 2022 ACC Field Performer of the Year, and he is a four-time all-ACC selection.

Prior to his collegiate career, he was a 2019 Pan American U20 champion in the discus, and he captured a bronze medal at the 2018 World Junior Championships.