"Greater Because of Her" - Nearly 50 years ago, Joanette Batiste Boutte helped paved the way for generations of future LSU women's student-athletes. 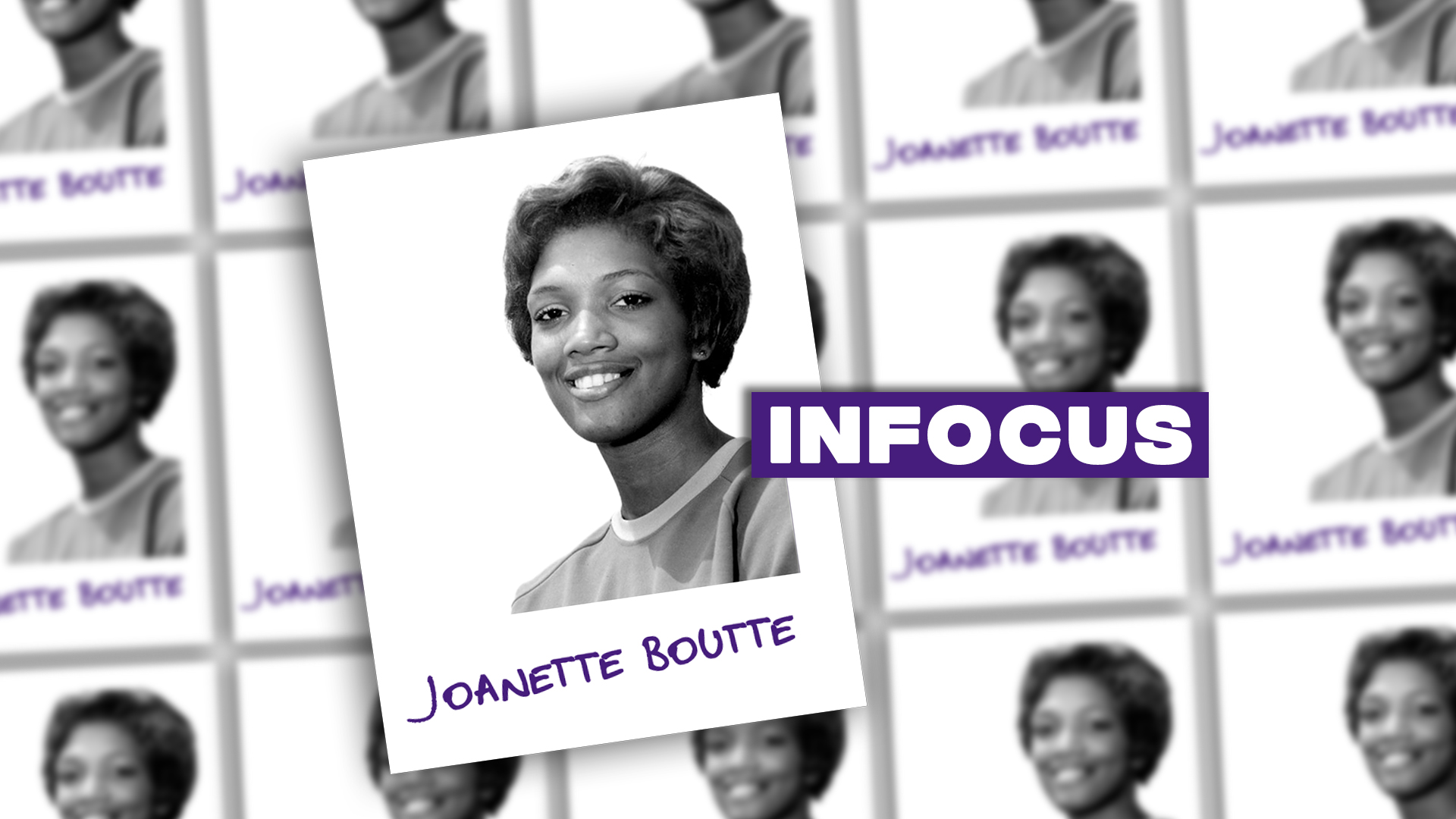 Another legendary LSU figure depicted in the mural didn’t coach an Olympic team, earn All-America honors or become a star in the WNBA, but the accomplishments of Joanette Batiste Boutte are just as significant.

Batiste Boutte in 1975 became the first Black female student-athlete to play two sports at LSU, excelling in both basketball and volleyball.

A product of New Iberia, La., Batiste Boutte didn’t come to Baton Rouge with the idea of becoming a dual-sport athlete.

“I came to LSU recruited as a basketball player, and I happened to try out for the volleyball team,” Batiste Boutte said. “I made the volleyball team, and I became LSU’s first dual-sport minority athlete. When I came to play ball back then, we didn’t have a professional league to look forward to. I looked as athletics as my vehicle to earn my college degree.”

Batiste Boutte would often practice both basketball and volleyball on the same day while attending classes, completing homework assignments and studying for exams.

In her senior year at LSU, the 5-foot-11 Batiste Boutte averaged 9.2 points and 7.8 rebounds per game for the women’s basketball team. She completed her career ranked fourth all-time at LSU in rebounds with 1,017 in 121 career games.

Batiste Boutte posted impressive statistics on the court, but her image overlooks the Tigers’ practice floor because of her groundbreaking influence as a Black female student-athlete in the 1970s, when opportunities for minorities and women were just beginning to surface.

Batiste Boutte majored in education at LSU, and after her playing days were over, she embarked upon a teaching career in which she worked with at-risk children with behavior and learning disabilities.

Her husband, James Ernest Boutte, served in the U.S. Air Force and later enrolled at LSU to study engineering. James Ernest Boutte rose to the rank of colonel in the Louisiana Army National Guard, and he is part of LSU’s military Hall of Honor.

“It’s humbling,” Batiste Boutte said recently as she gazed at her face on the practice facility wall, positioned right next to a photo of Gunter.

Coach Kim Mulkey invited Batiste Boutte to speak to the 2022-23 version of the LSU women’s basketball team, and the trailblazer shared with the players her thoughts on the value of a university education.

“When I came to school, of course I was responsible for being at practice and all that,” Batiste Boutte said, “but my main focus was to make sure also that I was in class and did what I had to do, because I really needed to get that degree.”

“We’re very proud of you, and we’re thankful for you,” Mulkey told Batiste Boutte. “Our players see your picture every day, and we recognize what you did for them and what you did for our country in general. We know you didn’t do it specifically for that reason, you just did what you wanted to do – you came to school to play ball and earn a degree.”

“When you’re pioneering, you don’t know you’re pioneering,” Batiste Boutte explained to the players. “You know you are doing something others aren’t doing, and you know it because other people keep reminding you that you’re Black. I always believed, ‘It’s not what you call me, it’s what I answer to.’”