Men's Basketball Back at PMAC Thursday, 7 p.m., vs. UNO 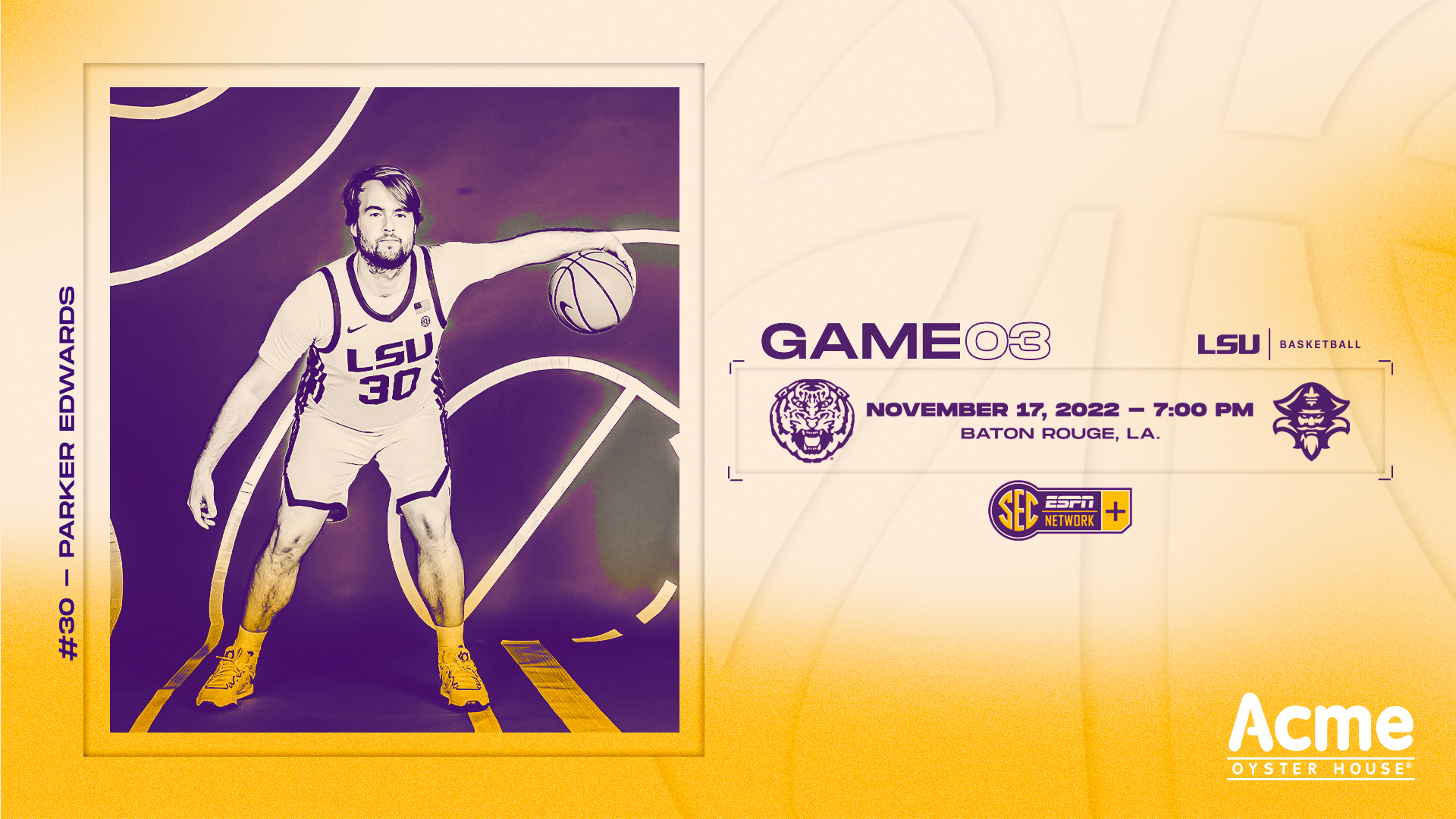 BATON ROUGE – The LSU men’s basketball team, 2-0 on the young 2022-23 season, looks to continue to move forward Thursday night at 7 p.m. as the Tigers host the University of New Orleans at the Pete Maravich Assembly Center.

Tickets for the game are available online at LSUtix.net and beginning one hour prior to the game at the upper concourse ticket windows of the Maravich Center.

Students are admitted free with an LSU ID and the first 500 students will receive a free box dinner from Raising Cane’s. There will also be a Greek Life Tailgate from 4:30 to 6:30 p.m. at Tiger One Village outside of the Maravich Center.

Patrick Wright and Coach John Brady will have the call of the game on the affiliates of the LSU Sports Radio Network (Guaranty Media affiliate 100.7 FM in Baton Rouge) and streamed on SECN+ with Lyn Rollins and Victor Howell.

The Tigers have wins over Kansas City (74-63) and Arkansas State (61-52) with some good individual performances, but still looking to improve from as a team. Adam Miller, KJ Williams and Juice Hill have led the Tigers in scoring in both games and in fact, those three were the only ones with made field goals in the win over Arkansas State.

The Tigers have led for 78-of-the-first-80 minutes through the first two games but in his media session on Tuesday, LSU Coach Matt McMahon also said: “Everyone knows we’re a collection of new players coming together to form a team.”

That’s why Coach McMahon would like to take another step forward Thursday heading into the Cayman Islands Classic starting on Monday.

After two games, LSU’s Miller is averaging 22 points per game, having made 8-of-18 three-pointers, while Williams is averaging 14 points and nine rebounds. Hill is at 12 points and five assists.

In both games, the visiting team made a run to close the game but the Tigers put together a stand when needed. Saturday, Arkansas State closed the game to two points, inside the 10-minute mark of the game, but LSU was able to hold the Red Wolves scoreless for over seven minutes while expanding the lead eventually to 13 points with three minutes to play.

UNO is 1-1 on the season after an 89-53 loss at Butler and a 65-63 win at Lakefront Arena in New Orleans over St. Francis of Illinois. Jordan Johnson and Khaleb Wilson-Rouse each scored 14 points to lead the Privateers in the win. Mark Slessinger is in his 12th year as the head coach of UNO.

The teams have met 16 times previously, the last in 2019 with LSU leading the series, 12-4. LSU enters the game with 26 consecutive wins over Louisiana schools dating back to Nov. 2010 when LSU lost to Nicholls, 62-53.