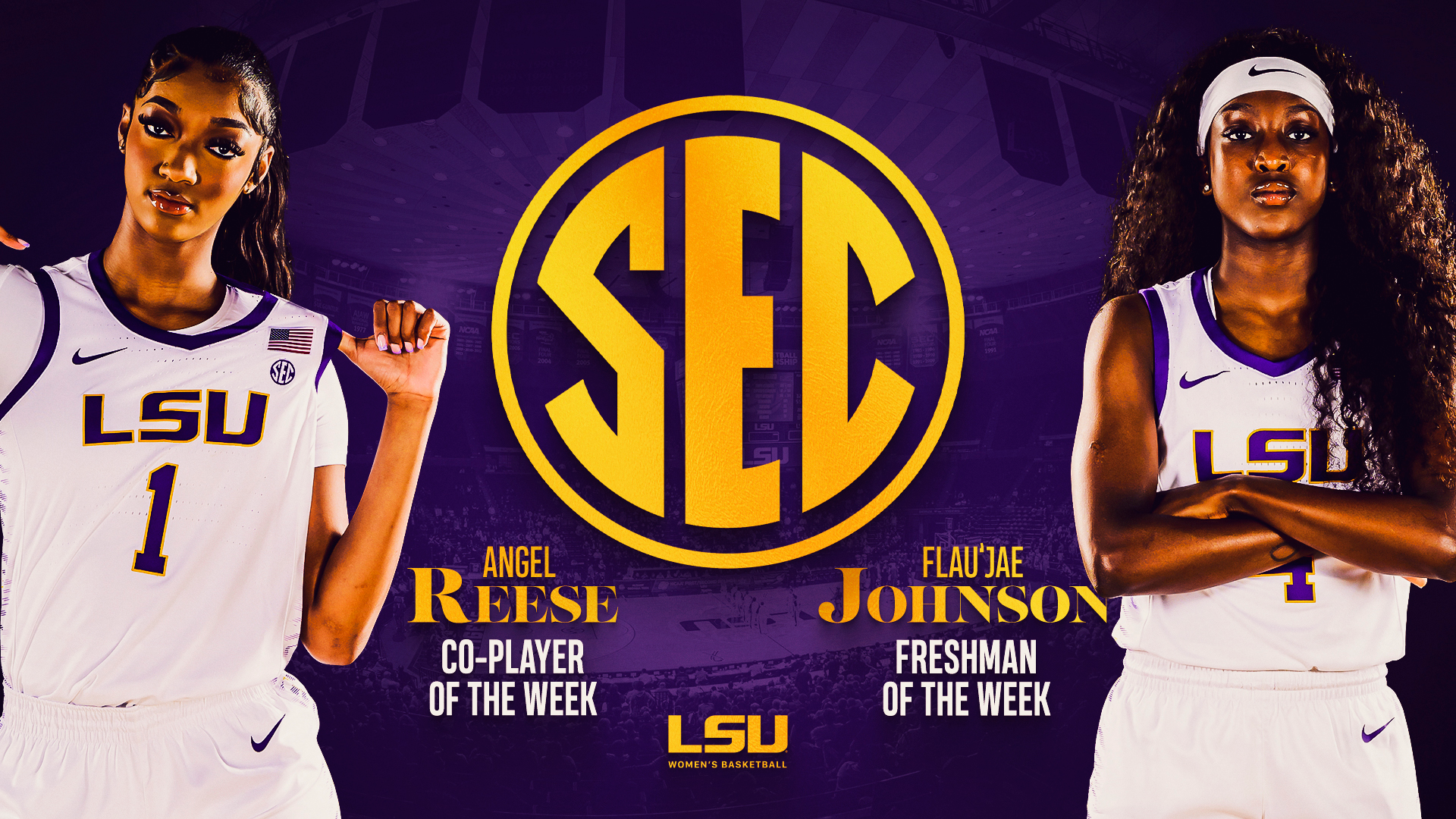 Reese is a Co-Player of the Week with Vanderbilt’s Ciaja Harbison.

The two Tigers have been key components to LSU’s red-hot start on offense as LSU has scored 100+ points in three consecutive games for the second time in program history. All three of LSU’s wins have come by a victory margin of 70+ and the Tigers’ 343 points through three games are the most by any women’s basketball team in the past 20 seasons.

Reese came to LSU during the offseason as a transfer from Maryland and ESPN tabbed her as the No. 1 Impact Transfer in the country. ESPN also had Reese as the No. 7 player in the country going into the season. Through three games at LSU, she has delivered on the expectations. She has three double-doubles and is averaging 21.3 points and 14.3 rebounds per game. In the season opener against Bellarmine, Reese scored 31 points; the most points ever scored by a player during her LSU debut. She has had 15 rebounds in each of the past two games. She has also dazzled with elite passing, averaging 3.0 assists per game and great defense with 3.0 steals per game and 2.0 blocks per game.

The freshman Johnson came to LSU as ESPN’s No. 26 player in her class who shines off the court as a rap star. In her collegiate debut the Savannah, Georgia native scored 14 points and grabbed 8 rebounds while also recording 2 assists, 2 blocks and 1 steal. Through her first week of college basketball, Johnson scored in double-figures all three games. She had a game-high 18 points in Sunday’s win over Western Carolina. Johnson is averaging 14.7 points and 5.3 rebounds on the season.

No. 15 LSU will host Houston Christian on Wednesday at 11 a.m. CT in its annual Field Trip Game.