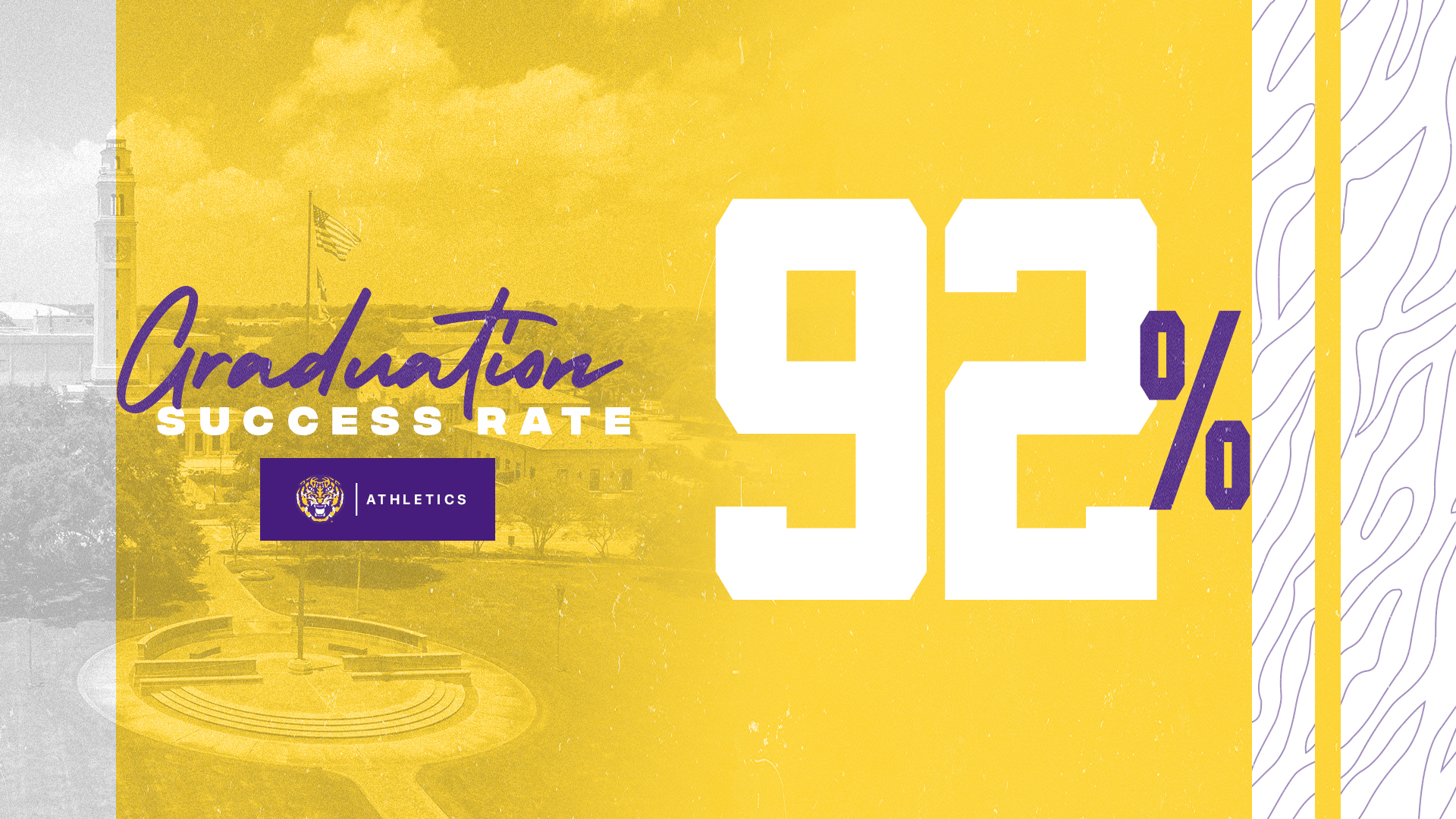 BATON ROUGE – The academic accomplishments of LSU’s student-athletes has reached record territory as the school scored an all-time best 92 in the NCAA’s latest Graduation Success Rate.

LSU’s score of 92 is up three points from last year’s mark and betters the previous record high of 90 set in 2017 LSU has scored at least an 89 in the GSR in each of the past six years.

The Graduation Success Rate (GSR) – developed by the NCAA to more accurately assess the academic success of student-athletes – was released by the NCAA on Tuesday.

LSU is one of only four schools in the Southeastern Conference to score an 89 or higher each of the past six years. LSU is joined by Vanderbilt, Alabama and South Carolina as the only schools reach a score of 89 in the GSR since 2017-18.

“The success of our student-athletes happens by design, it is not accidental,” Walt Holliday, Executive Director of the Cox Communications Academic Center for Student-Athletes said. “All of us in the Academic Center for Student-Athletes (ACSA) recognize that it takes a commitment from many to have this type of academic success, in particular dedicated student-athletes who work long and hard in both the classroom and in competition in order to prosper.

“Our family approach has a direct correlation to the graduation success of our student-athletes. It is the conviction of the ACSA team that develop, cultivate, and transform these minds from student-athletes to scholar-athletes, and who sets the tone and expectation of entering to learn and leaving to serve.”

Holliday gave credit to LSU’s Academic Affairs, the athletic department and the Tiger Athletic Foundation for their continued support of the of the mission of the Cox Communications Academic Center for Student-Athletes.

LSU had a record 13 sports earn a perfect score of 100, eight on the women’s side and five men’s teams.

The men’s teams scoring a 100 include: baseball, basketball, golf, swimming and diving and tennis.

In addition to LSU’s 13 perfect scores, the softball team produced a score of 94.

The one-hour show, hosted by Bill Franques and produced by Jeff Palermo, is a weekly production containing football game recaps and interviews with LSU personalities. The show airs on Sundays in the fall, and it may be heard statewide on affiliates of the LSU Sports Radio Network, including Talk 107.3 FM in Baton Rouge.
LSU, NCAA Boxing Champion Crowe Peele Passes Away At Age 88