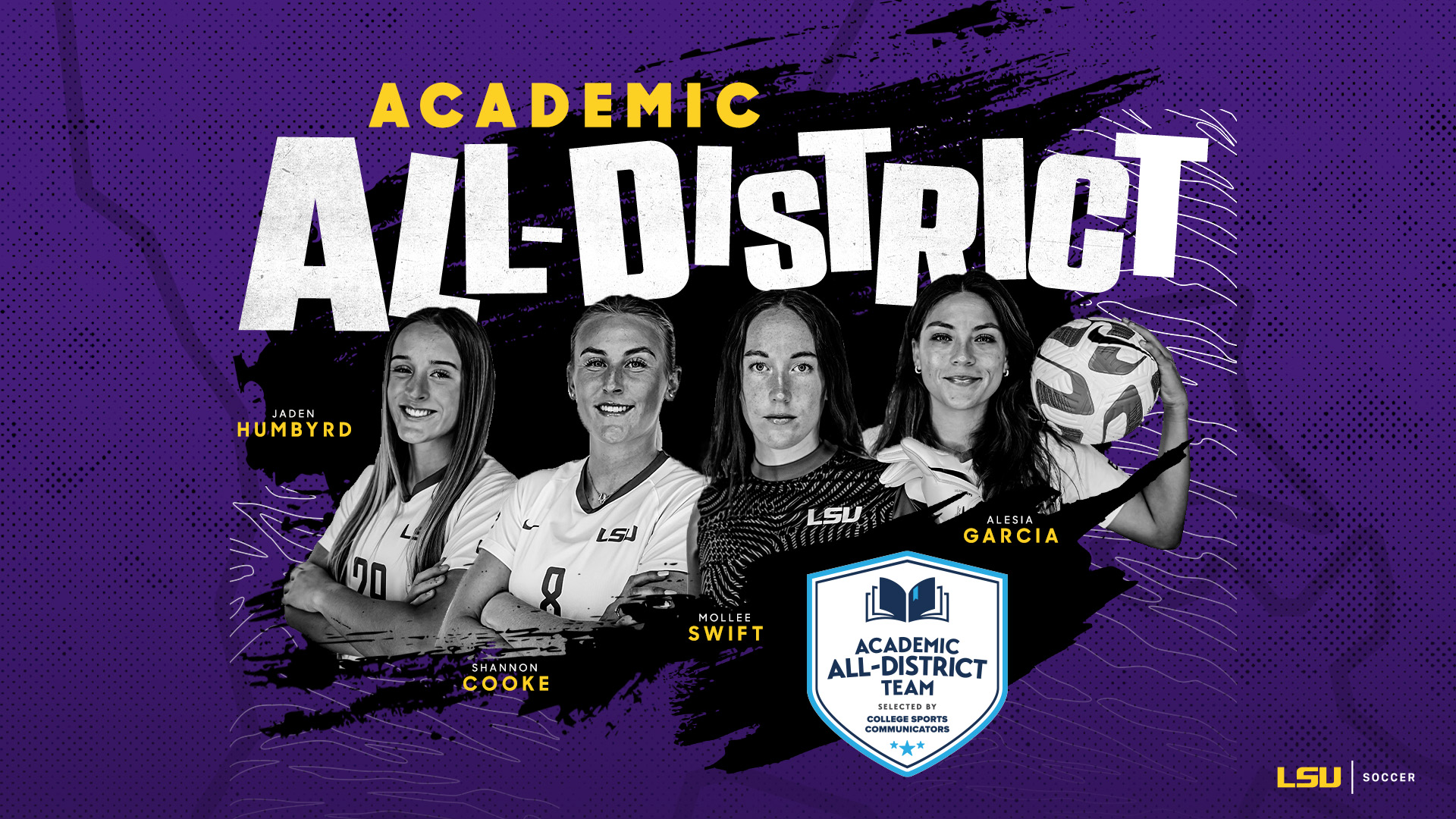 The College Sports Communicators (CSC) Academic All-District Women’s Soccer Teams recognize the nation’s top student-athletes for their combined performances on the field and in the classroom.

Mollee Swift, a native of Papillion, Nebraska, has started in 18 matches in the Purple & Gold this season and leads the conference in saves between the posts. The senior recently recorded her first goal of the season against Lamar in the Tigers first round match of the NCAA Tournament. Swift is pursuing her masters of mathematics and owns a GPA of 4.131.

Shannon Cooke has started in all 20 matches for the Tigers and recorded 1,767 minutes on the pitch. The fifth-year senior from Rickmansworth, England, has tallied two goals and two assists on the year. She is a sport administration major with minors in business, entrepreneurship, and sports studies. Cooke has a 3.875 GPA.

Alesia Garcia, a kinesiology major out of Aurora, Colorado, has played in all 20 matches this season and started in 17 of those. She is the second leading goal scorer on the squad with five and has tallied one assist on the year. The fifth-year senior owns a GPA of 3.838.

A native of Issaquah, Washington, Jaden Humbyrd has appeared in 14 matches this year and earned the start in six of those. The sophomore has a GPA of 3.583.

Voting for All-District Teams changed this year as well. Now, all eligible nominees will automatically earn All-District honors and there was an increase to 3.50 for the minimum undergraduate and graduate cumulative GPAs to nominate.

College Sports Communicators (CSC) was founded in 1957 and is a 3,200+ member national association for strategic, creative and digital communicators across intercollegiate athletics in the United States and Canada.