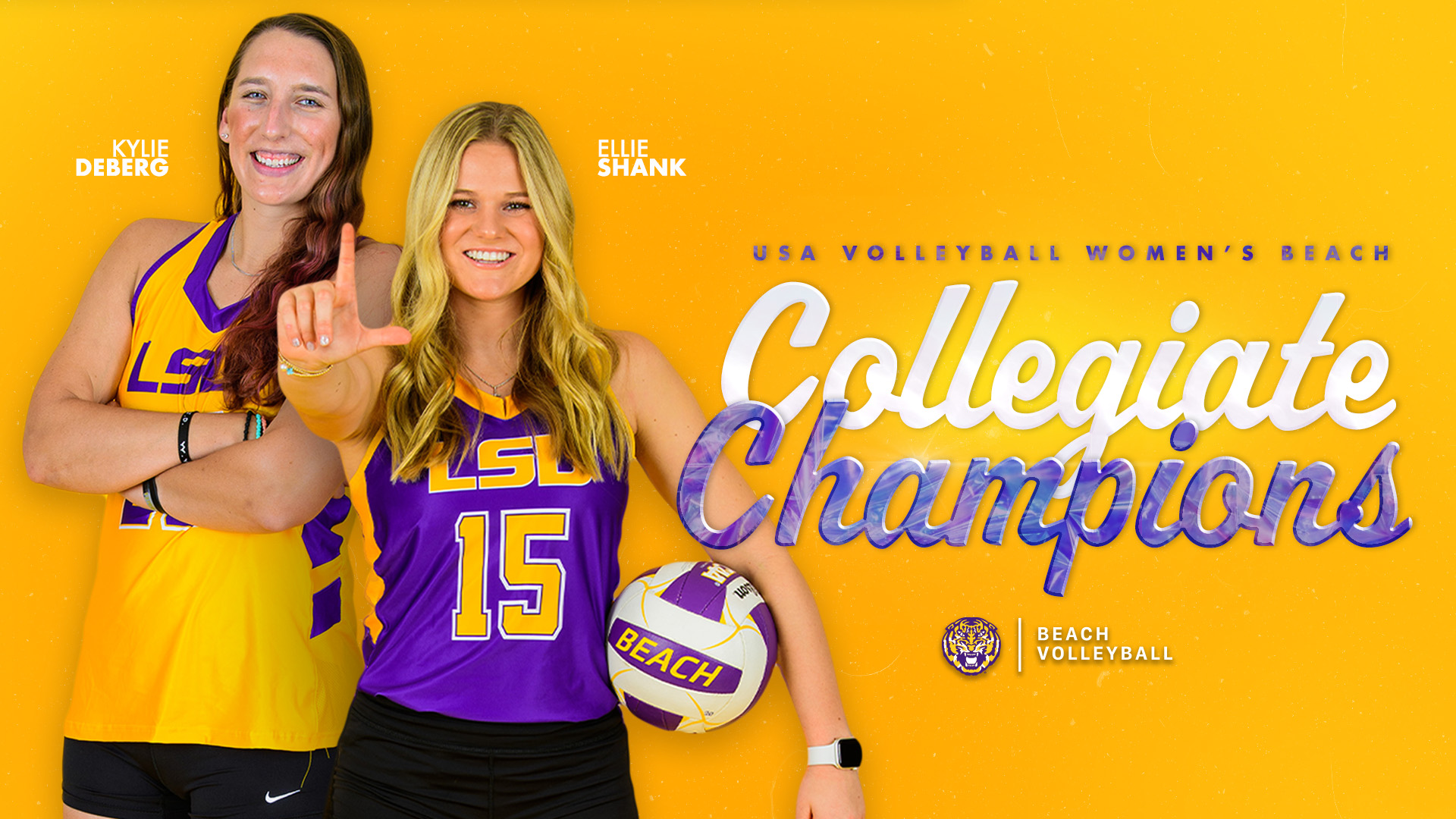 BATON ROUGE – LSU Beach Volleyball’s Kylie DeBerg and Ellie Shank secured another national title at the USA Volleyball Men’s and Women’s Beach Collegiate Challenge in Huntington Beach, California over the weekend competing against 32 pairs from top programs in the country.

It is the second week in a row that DeBerg and Shank have won a national title. The LSU pair won the first ever Fall AVCA Pairs National Championship in Huntsville, Alabama. DeBerg and Shank coasted through the tournament, placing first in their pool and did not drop a set throughout the championship bracket. The LSU pair defeated Arizona State (21-12, 21-12) and UCLA (21-16, 21-13) in straight sets to advance to the championship match. DeBerg and Shank claimed the title in a two-set sweep against Long Beach State University (21-13, 21-19) and ending the tournament with a 5-0 record.

USA Volleyball and the AVCA used to hold a pairs championship in the spring following the NCAA Team Championship which was the most recent version of a college beach pairs national championship. LSU’s Kristen Nuss and Claire Coppola won the USAV Collegiate Beach Championship in 2018 and 2019 – last two years it took place. Now, another LSU pair has added a title to that list.

“I’m Really proud of Kylie and Ellie for going out to the west coast to back up their AVCA win,” said Head Coach Russell Brock. “Any time you can play well on California beaches against some of the best college pairs it’s impressive. Every time they step in the sand, they are gaining valuable experience and confidence. This fall was really good for them individually and our program as they represented us well.”