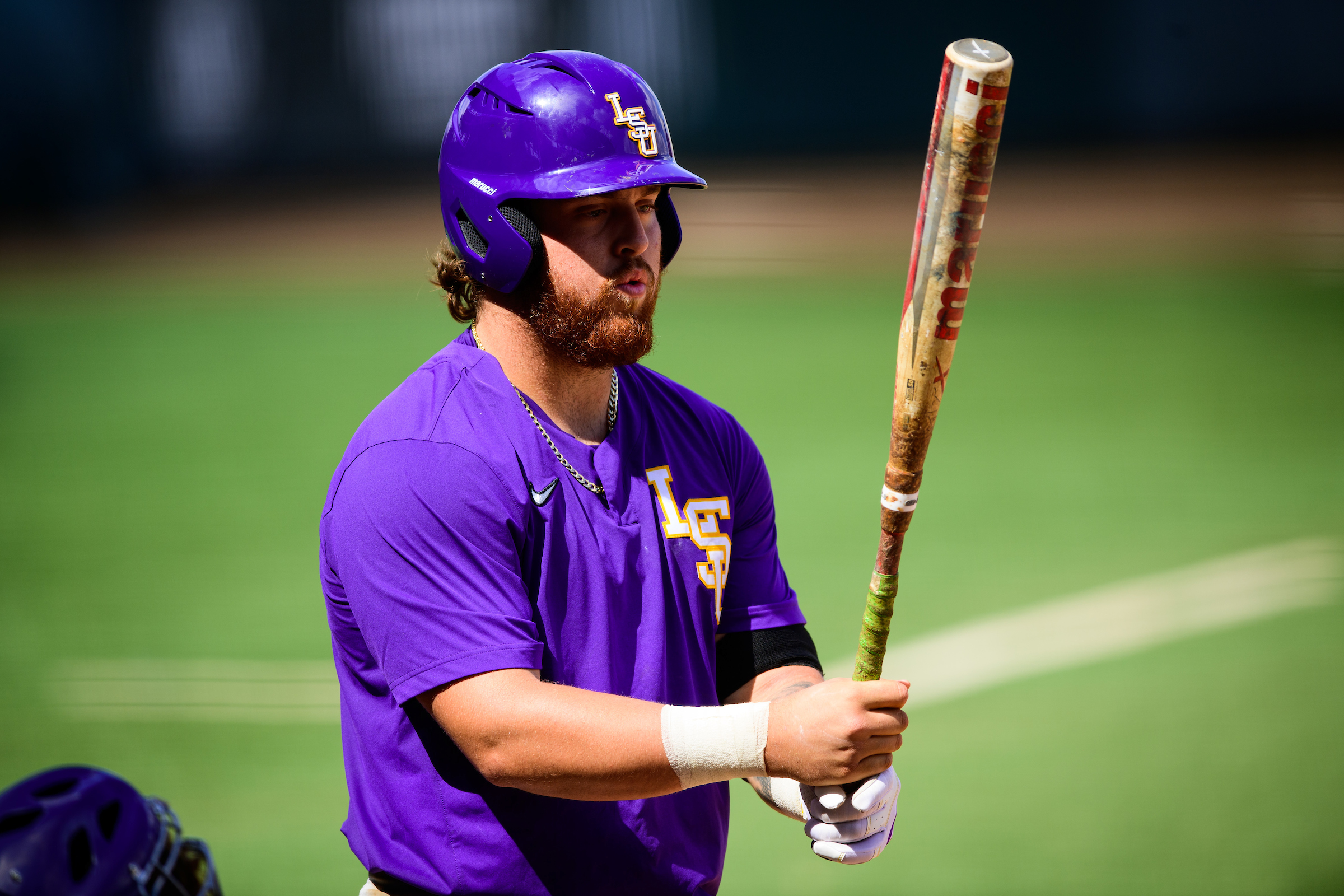 White finished the day 6-for-8 at the plate with one double, three homers and five RBI, as LSU scored a total of 13 runs on 16 hits.

LSU blasted four homers in the first half of the scrimmage, including two by White and one each by junior centerfielder Dylan Crews and freshman designated hitter Jared Jones. Crews also lined a two-run single to highlight a three-run LSU second inning.

Sophomore right-hander Thatcher Hurd started the scrimmage on the mound for LSU and limited the Cajuns to two runs on two hits in three innings with one walk and three strikeouts.

White paced LSU’s eight-hit output in the second half with a homer and three RBI. Freshman right-hander Chase Shores began the second half on the mound and fired two scoreless innings, allowing one hit with no walks on one strikeout.

LSU sophomore left-hander Nate Ackenhausen turned in a dominant relief performance, allowing no hits in three innings with no walks and seven strikeouts.

Junior right-hander Bryce Collins followed Ackenhausen for the Tigers and worked two scoreless innings with no hits, one walk and five strikeouts.