Ben Taylor, holding his PGA Tour Card which he qualified for in August, 2022. 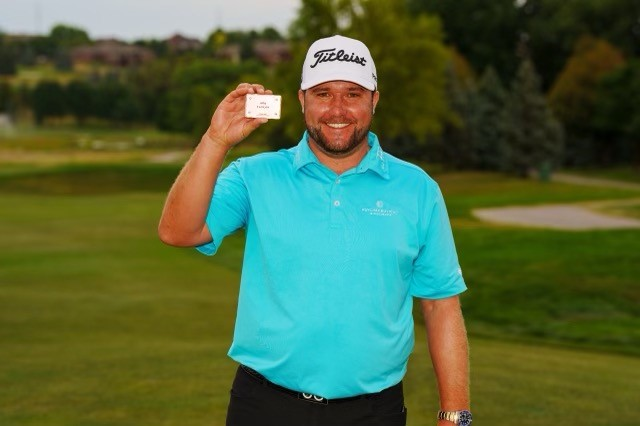 Taylor had made the cut in four-of-the-five previous 2022-23 events he had played in this season, topped by a T25 in the Fortinet Championship.

Taylor, from Epsom, London who was a member of the 2015 LSU National Championship golf team, posted an even par round of 70 on the final day to shoot 11-under par 269 for the next-to-last full field event before the holiday break.

Taylor competed at Nova Southeastern University for two years before transferring to LSU. The 2015 graduate was the first player to win a NCAA Championship at both a Division I and Division II school.

Drew Doyle finished with his third top 10 of the fall.
Skip To Main Content