Volleyball Matches Up Against Missouri 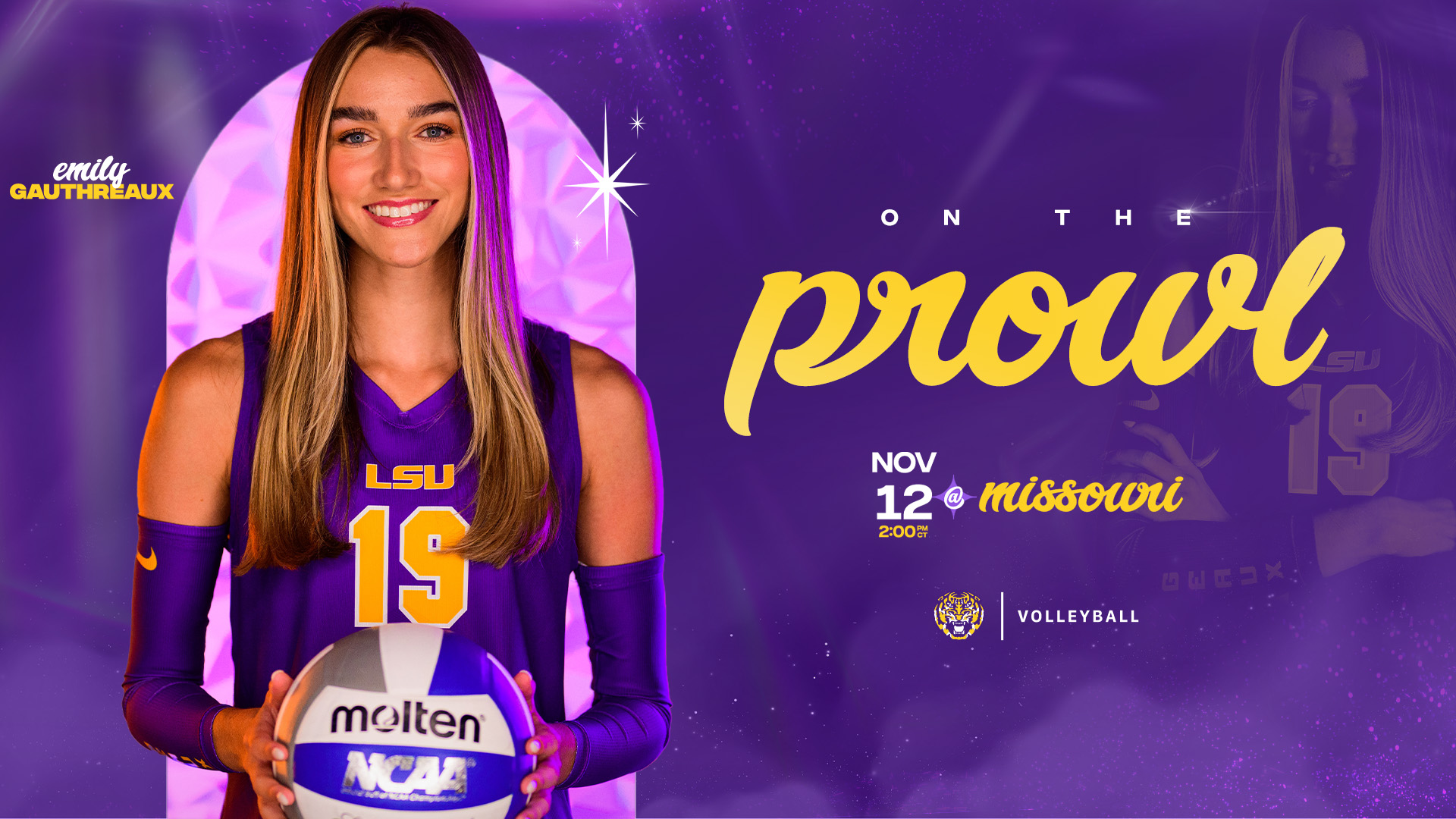 BATON ROUGE, La. – LSU is set to compete against Missouri at 2 p.m. CT on Saturday, November 12 at the Hearnes Center in Columbia, Mo. The match will be streamed on SEC Network+.

Libero Ella Larkin continues to be the standard in the SEC with 4.46 digs per set (433 total) and is 65 digs shy of breaking into the top 10 of the program’s record book for the most digs in a single season (Raigen Cianciulli No. 10 at 498 total digs). Larkin has accumulated four 30-plus dig performances this season and adds 13 aces to her season statistics.

Setter Josie Vondran ranks No. 10 in the conference with 6.51 assists per set and contributes 85 kills, 46 blocks and 12 aces. Freshman setter Maddie Waak has registered 4.43 assists per set to go along with 15 aces and has three double-double this season. Middle blocker Anita Anwusi leads the team with 1.11 blocks per set (108 total) and has collected 171 total kills on the year.

Outside hitter Kaylee Cox leads Missouri with 3.79 kills and 0.34 aces per set (29 total aces), ranking No. 7 and No. 9 in the SEC, respectively. Setter Riley Buckley ranks No. 9 in league with 8.95 assists per set, and Leandra Mangual-Duran ranks sixth in the conference with 3.78 digs per set this season. Middle blocker Trista Strasser leads the team with 1.12 blocks per set (134 total blocks).