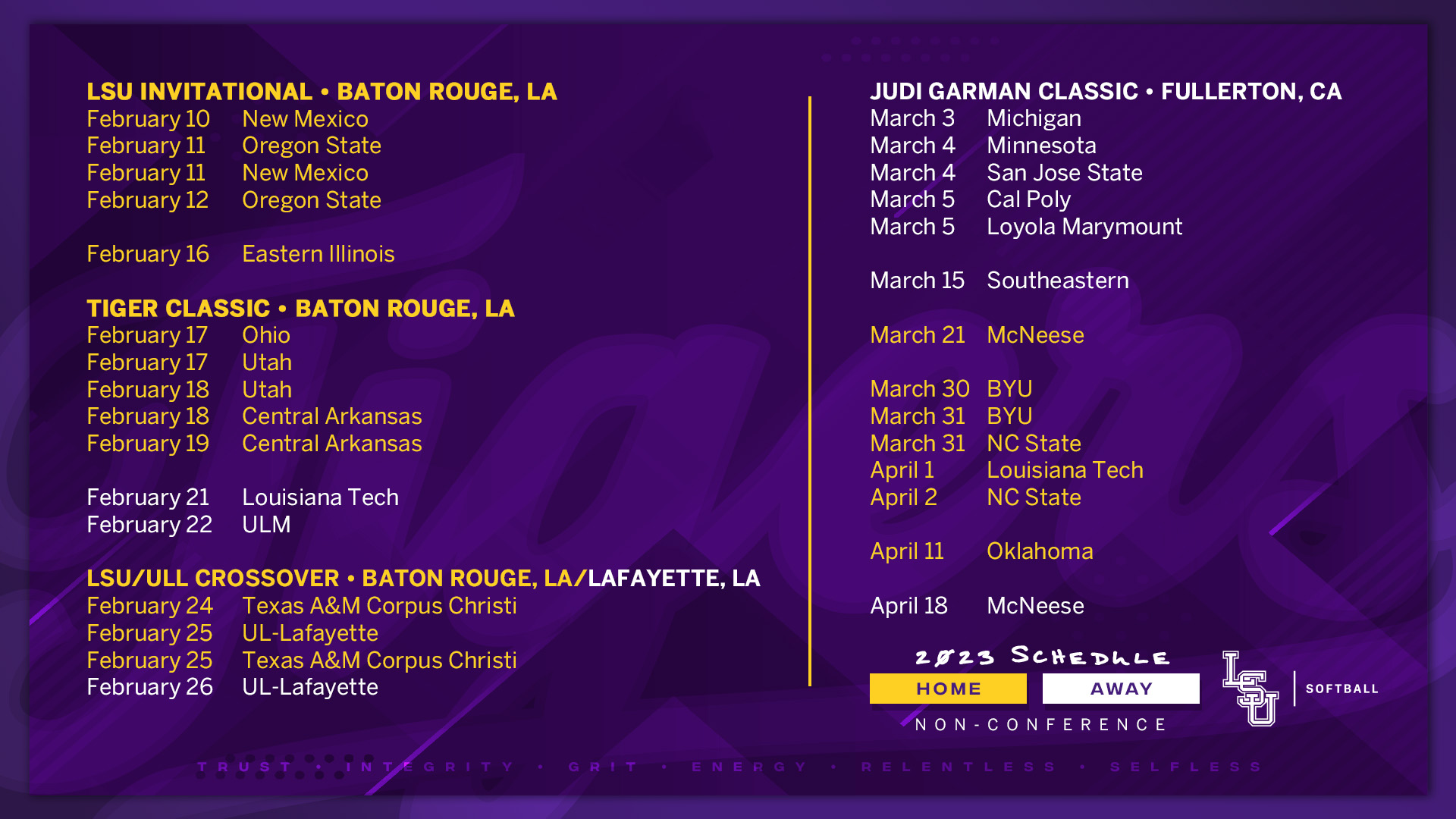 LSU’s 30-game non-conference schedule features five tournaments and seven midweek games to cap an overall 54-game schedule for the 2023 campaign. The season begins with the LSU Invitational Feb. 10-12 that will have two games against New Mexico and Oregon State each at Tiger Park.

The Tigers have 13 NCAA Tournament teams from last season on their 2023 schedule, highlighted with a 6 p.m. bout on Tuesday, April 11 at Tiger Park against the reigning National Champions, Oklahoma.

Including the LSU Invitational, the Tigers will host four tournaments at Tiger Park. The Tiger Classic will take place on Feb. 17-19 with games against Ohio, Utah (two) and Central Arkansas (two). The next weekend will be the LSU/ULL Invitational Feb. 24-26. The Tigers will welcome Texas A&M Corpus Christi, and UL-Lafayette to Baton Rouge before concluding the tournament with a 2:30 p.m. game on Sunday, February 26 against UL-Lafayette in Lafayette, La. LSU’s final tournament in the regular season will be March 30-April 2 when they will challenge BYU (twice), NC State (twice) and Louisiana Tech.

LSU’s fourth tournament of the season and lone tourney on the road will be at the Judi Garman Classic Tournament March 3-5 in Fullerton, Calif. with games against Michigan, Minnesota, San Jose State, Cal Poly and Loyola Marymount.

The Fighting Tigers began SEC play with a three-game series at South Carolina March 11-13 and will have their first home series March 17-19 against Tennessee.

The 2023 SEC Tournament will be held May 9-13 at Bogle Park in Fayetteville, Ark.

Finalized times and television listings will be announced at a later date.