The LSU women's cross country team finished in third place Friday at the NCAA South Regional in Bryan-College Station, Texas, narrowly missing an automatic bid to the NCAA Championships. Though they fell just short of reaching the national meet, the Tigers recorded the best regional finish in school history. 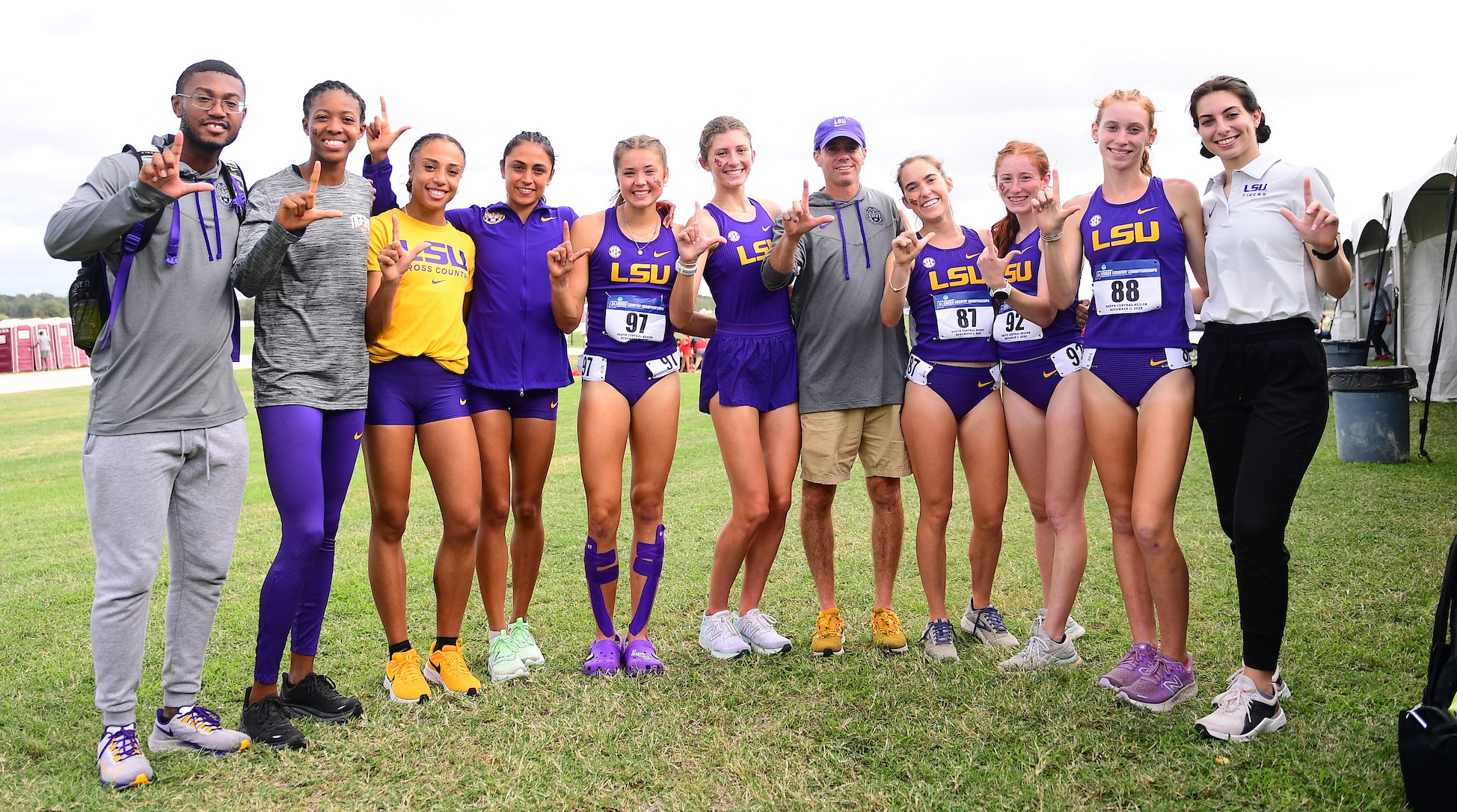 Though it fell just short of reaching the NCAA Championships, the LSU women still posted the highest regional finish in school history.

“I am really proud of our women’s team,” said LSU cross country coach Houston Franks. “It is the highest finish in school history, and that group has worked incredibly hard all year. We knew we would be in a four-or-five team battle for the second automatic bid spot.  We obviously would have loved to make it to the national final, but we competed with a lot of toughness today, and I couldn’t be more proud of them.

“We will take a little bit of recovery time now,” Franks said, “and start preparing for an indoor track season that isn’t that far away.”

Senior Jackson Martingayle led the LSU men in the 10K race, finishing 34th individually in 31:50.9 as the Tigers placed 23rd in the team standings.

“Jackson ran a really tough race today as our top men’s finisher,” Franks said. “He did a really good job moving up throughout the 10k. Our men did not finish where we expect to finish, but we will go back and work on a few things we need to address and be ready come January for indoor track.”

First-place Arkansas and second-place Texas were also the automatic qualifiers in the men’s race for the NCAA Championships, which will be held on November 19, in Stillwater, Okla.