LSU Back To The Court Saturday 5 PM, Versus Arkansas State 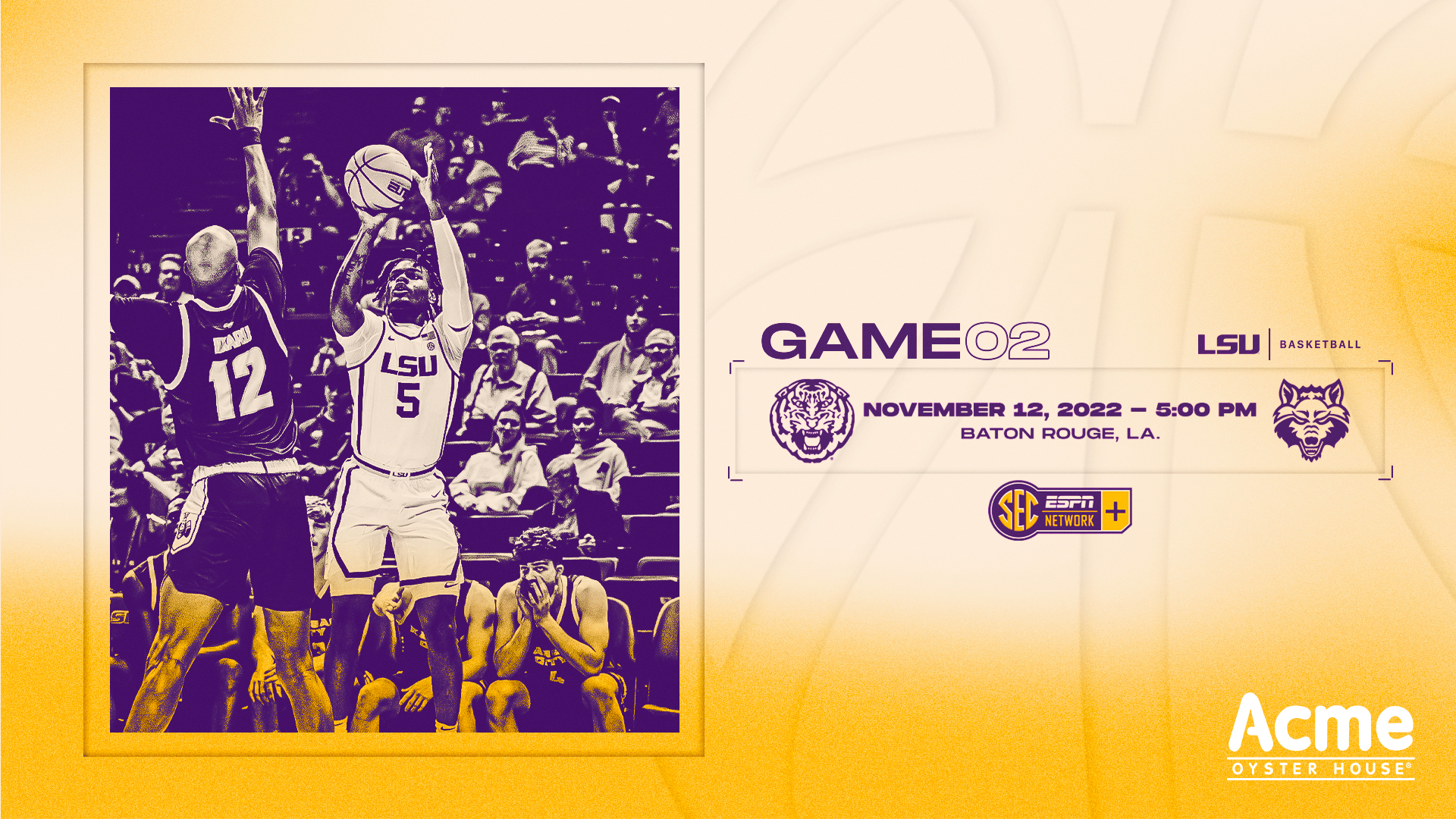 BATON ROUGE – It is back to work Saturday afternoon for the LSU men’s basketball team as the Tigers host Arkansas State at 5 p.m. at the Pete Maravich Assembly Center.

The game will be simulcast on the LSU Sports Radio Network (Guaranty Media’s 100.7 FM in Baton Rouge) and streamed on SEC+ with Patrick Wright and former LSU and Arkansas State head coach John Brady on the call.

Both teams are 1-0 after victories to open the season with LSU defeated Kansas City, 74-63, on Wednesday and Arkansas State defeated Harding, 86-55, on Monday in Jonesboro.

The teams have played three times before with LSU having a 2-1 lead in the series. The last meeting was in 1990 in Baton Rouge with LSU a 98-74 winner.

The Tigers got 18 points from Adam Miller in his first game back on the floor since March 2021 and 13 points from Justice Hill (7 assists) and KJ Williams (14 rebounds). It was Williams 28th career double doubles.

Arkansas was led by Avery Felts with 16 points and seven assists while Markise Davis and Julian Lual each had 14 points.

LSU shot 42 percent in its opening win (24-of-57) with eight made threes. The Tigers did have 16 assists to go with the 24 baskets in the contest. The Tigers assisted on nine of the 12 made field goals in the first half of play.

A total of 11 players saw action in the opening contest, all in the first half, although Coach McMahon has said he prefers to use an eight-man rotation during the games but foul trouble forced his hand on his first-half rotations.

LSU will also play at home on Thursday night at 7 p.m. against UNO.